Room at the Top

Last night I watched the 1959 film "Room at the Top" and very much enjoyed it. The film did not pass the code of American censors and was banned in some cities.  It was a new form of realism that showed people actually in the same bed together and motivated by greed and lust.  In some ways it reminded me of the wonderf A Place in the Sun, but lustier and more raw.

This is also one of those films where each actor really pulls their weight and even the secondary and tertiary performances are strong.  Signoret won the Oscar for her leading role and the script won an Oscar, denying Ben-Hur a clean sweep of all its nominations.

The camera work is superb, the way it frames various people and their faces in different shots.  In one particular scene in an office near the end of the film when important news is learned, the tight, anxious camera work struck chords of horror.

The story is set in post-war Britain about a young, working class man who wants to get ahead and get a girl.  You can imagine what sorts of complications this will lead to.

I highly recommend it.

Gov. Heineman came out publicly against the Keystone Pipeline today, writing a letter to the President asking him to block it.  His reason is that it goes over the Ogallala Aquifer.  Good reason.

Protests against the pipeline have been going on at the White House this week, with UCC officials arrested.

Posted at 09:57 AM in Ecology/Environment, Nebraska | Permalink | Comments (0) 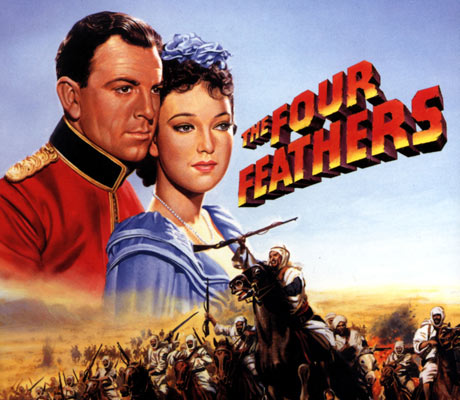 Last night, while folding laundry, I watched on Hulu's treasure trove of the Criterion Collection the 1939 version of The Four Feathers, directed by Zoltan Korda.  I had seen the 2002 version and didn't think much of it.  Looking on IMDB, there have been multiple versions.

The 1939 film is shot in technicolor, still a very new and somewhat shocking technology at the time.  It is also filled with on-location scenes and large crowd scenes with great ethnic diversity.  Much of the filming looks newer than 1939.  I felt the film was a decade or two ahead of its time in these regards.

As with many early films, particularly in color, there is a great appreciation for visuals that people have not before experienced.  I miss that in much contemporary filmmaking.

There are elements of the story I preferred to how they were told in 2002 and others less so.  The propogandistic aspects burden the film as well.

One of the best, most harrowing scenes, is after the battle when Harry and John are the sole survivors left alone in the desert with the vultures swirling and calling.  Very well done.

I felt that this film had to have had some influence on David Lean, particularly in Lawrence, and maybe on some American westerns as well.

An interesting interview with Wendell Berry.  He comments on aging, climate change, the coal industry, intellectual integrity, original sin, and more.  There is a startlingly sad line in this excerpt:

But I don’t think a person has a right to protest or work for change on the assumption that the effort will be effective. The issue is whether or not it’s right.

But all the causes I’ve served have mostly gotten worse. The same ruin is being inflicted on farmland all over the country. It’s just slower. It’s more toxic. There’s more soil loss. 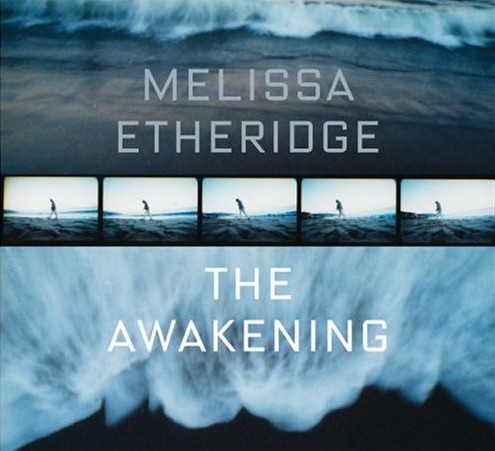 In September 2007 when this album was first released my friend Pam called and told me I needed to get it.  You can read my initial thoughts here.  I then preached about the album a month later -- it was a non-manuscript sermon, so I can't link to it for you.

Etheridge explained the provenance of the album:

After I was diagnosed with cancer, I spent 10 weeks on chemotherapy where I was forced to be still.  Although I believe this medical practice of chemotherapy to be rather barbaric, I walked away from the experience enlightened.  I no longer fear death, nor so many of the aspects I used to fear about life.  I began reading and searching for everything that had to do with my ‘awakening.’ I found a plethora of knowledge and accounts of other people and their spiritual journeys.  I now believe everyone is searching for these truths in some way, consciously or not.  We are the ones keeping this paradigm of fear in place, and it is up to us to shift it if we wish.

Like many of the albums on this list which came later in the decade, it is not explicitly about the day of the attacks or their immediate aftermath.  But it does address the larger cultural climate of fear and anxiety and how we ought to move forward.

No suprise, but the essence of the awakening is love: "All we can really do is love one another."  Or, "It's a simple love that holds us together."  About half the album is filled with fun or touching songs about love.  In the later half of the album this gets turned to a wider awakening.

In the song "Kingdom of Heaven," we hear:

A suffering soul on the way to the Kingdom of Heaven
Prayed in the dark, "Death to the infidel"
He strapped all his desperate pain and his faith to his body
And blew them away, blew them away

A suffering soul on the way to the Kingdom of Heaven
Shouts on the news, "They are the godless ones"
The anger inside and the fear that it hides
never leave her
When the cameras are gone, when the cameras move on

The simple, intimate love between two persons, reflected throughout the album, becomes a sign of God's love for creation.  I say that in all my wedding services and enjoy seeing it reflected here in this album.

In order to be receptive to this love, she sings "Open Your Mind":

Though I enjoy this entire album, what really captivated and inspired me was the three songs that together make up "The Awakening."  They are the climax of the album.

First, in "The Universe Listened" she diagnoses a common human problem:

This leads to prayer:

Remove the dark
Heal my heart
Make my body whole

Next in "Imagine That" we are given three vignettes of surprises.  One is a scientist exploring the nature of the universe, one is a soldier objecting to the war, another is Cindy Sheehan:

But it is in "What Happens Tomorrow" that we encounter our call to action:

And, so, this is where I intend to conclude this series of the music that has touched and inspired me in the decade since the attacks of September 11, 2001.  I want to leave myself, and us, with this call to action, this hope that we can change the world.

Though the four years since this album have generated even greater cynicism, maybe with this anniversary we can renew our values and discover some unity and common ground again?

What is the universe?

Is it a thing or a thinking tool?

I'd never considered that one could commit the fallacy of misplaced concreteness in this way.

This review of the World Trade Center Memorial is a discussion of the role and importance of such memorials and their role in a larger urban setting.

I enjoyed this architectural review of the new Flight 93 Memorial in Shanksville, Pennsylvania, particularly its discussion of how less is more and how a minimal design invites further contemplation.

I also admired this paragraph:

It is neither a park, carefully crafted, nor an untouched landscape. It is a palimpsest of man’s relation to the land, a mix of scars and healing, domesticated space and space reclaimed by natural forces. By helping to repair a landscape devastated by mining, the memorial hints at the need for a larger kind of healing after the events of Sept. 11. Just as the best of us hope to leave the world a better place when we die, the memorial leaves the land near Shanksville better than it was 10 years ago, when it received the wound that will forever mark it on the map.

An interesting set of videos from the Washington Post wherein people share their memories of Dr. King.

John Lewis writes for the Washington Post about Dr. King's vision and what it would be for America today:

Yes, we have come a great distance — but we still have a great distance to go. King’s speech was a cogent statement about the need for civil rights, but its deepest purpose was about much more. His dream was about more than racial justice, though racism often represents the greatest moral stain on our society. His dream was about building a society based on simple justice that values the dignity and the worth of every human being.