My Thirties: Coming Out

One of the biggest changes in my life from February 2004 to February 2014 and, thus, one of the major plots of my Thirties, was coming out publicly as a gay man.

Early on this was a very personal exploration, as I had to gain self-understanding of my sexuality and identity.  I was fortunate in Dallas to have a great circle of gay men in our church who embraced me and helped me along, including introducing me to aspects of the culture that were new to me.  They showed me around the Gayborhood, told me about movies I needed to watch, and were very helpful easing my mother's concerns, which you can read about here. Some of that exploration included watching gay-themed films.  Often I would go to the Blockbuster at Greenville and Lovers and rent a few movies.  This was exciting, scary, and liberating all at the same time.

I also began to read more about gay history and literature.  One of the interesting features of coming out is that you have to learn a culture that is often completely alien or unknown to you.  In the process there is both excitement and anger or frustration.  I remember being pissed that my previous education had not informed me about how many significant figures in history and literature were gay, because it sure would have helped. 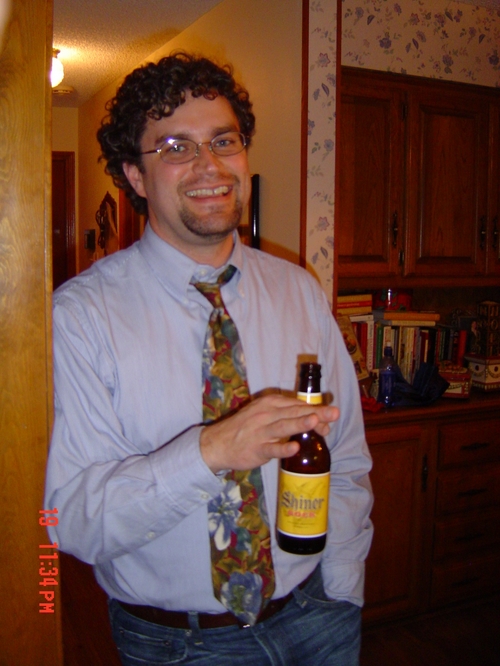 Through this process I was gaining joy and become more self-confident.  The closet can be a place of nurture for a while, before it becomes a prison (though the landscape has changed dramatically in these last ten years and it is probably far easier for people to be out earlier and not have to engage in this exploration in private).

For much of 2004 and 2005 I had small communities of people who knew that I was gay, while remaining closeted in my professional life.  In one week in the summer of 2004 I came out to my boss and my mother.  Both went well. 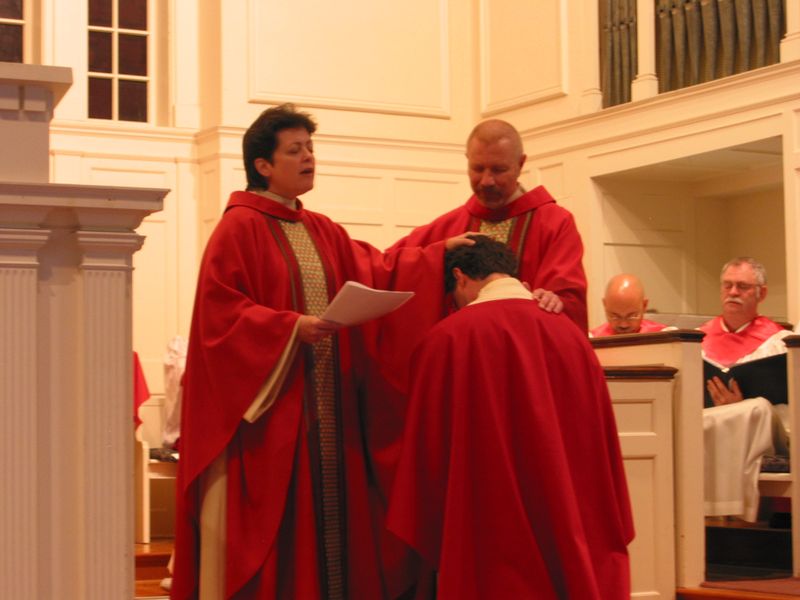 Then, in the spring of 2005, I accepted the call to become the Pastor of the Cathedral of Hope in Oklahoma City and everything very quickly changed.  I still had not had chances to tell all the people close to me that I was gay, and unfortunately, had to send some letters to some people (some of whom never forgave me).  Because suddenly I was fully and publicly out when the job was announced (and CoH-Dallas sent an e-mail announcing I had taken the job a few weeks before our planned release of the information, so I got bombarded by questions from acquaintances and colleagues and church members who didn't know I was leaving Royal Lane and who didn't know that I was gay).

Shortly afterwards I got a call from some of the leaders of the Cooperative Baptist Fellowship asking me to step down from a committee I was then serving on--the Local Arrangements Committee of our annual meeting.  That pretty much sealed my fate as far as any continuing CBF invovlement was concerned.

2005 was a fun, liberating year, as I came fully out, embraced my gay identity, lived openly and honestly and with joy as a gay man, while in the nurturing relationships of my new church family and the OKC LGBT community.  I also began to date more, including a short, but important relationship with Second John (I call them "First John" and "Second John" in order to distinguish them), which was also part of my education in gay life.  Bill Wade, my music minister, was also very helpful in teaching me more about the gay community and dating. 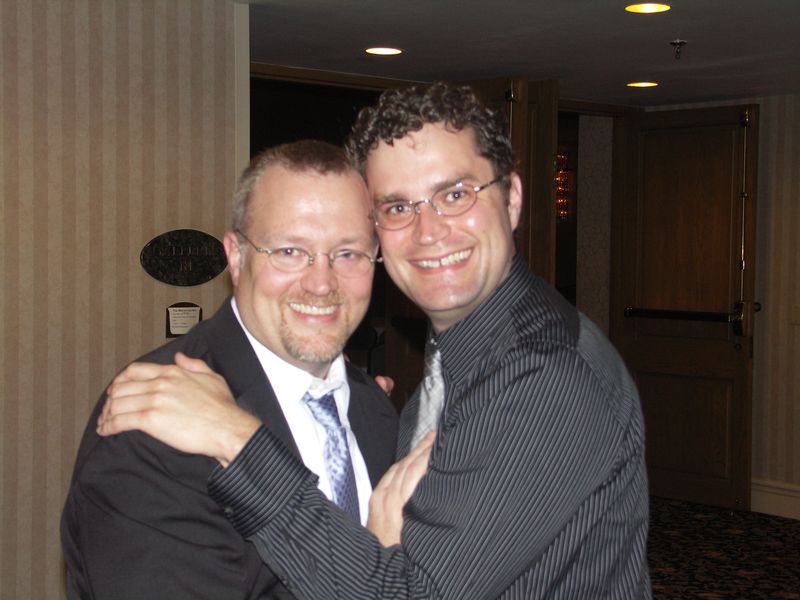 In the summer of 2005 I wrote about My Journey Out, here on my blog.  It was the period when the blog had over 1,000 visits a day, the most "popular" it has ever been.

Becoming the Pastor of CoH-OKC meant becoming a spokesperson for the LGBT community, skills I had to develop quickly.    By the summer of 2005 I was giving television and radio interviews on LGBT issues.  That fall I began writing a column for Hard News Online, an LGBT newssite.  My role as a public advocate and member of LGBT organizations continued to grow. 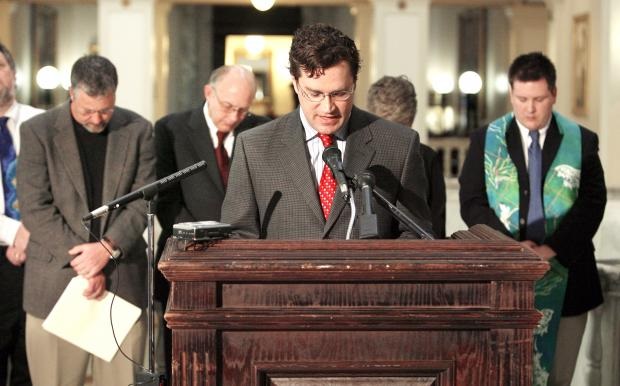 Year-after-year there were important events: speaking before the Library Commission and School Board on LGBT issues, participating in the Soulforce Equality Ride visits to Oklahoma Baptist University (during which I met Michael), appearing on Flashpoint with Rep. Sally Kern to challenge her anti-gay remarks, my prayer before the Oklahoma State House which erupted into a major news story when 20 members voted against including the prayer in the daily record, becoming a columnist for the Oklahoma Gazette, and then, once in Omaha, participating in Heartland Clergy for Inclusion and helping to draft the Heartland Proclamation, and participating in the Equal Omaha coalition which got the Equal Employment Ordinance passed through the City Council.   Along the way I won the Torch Award from the Cimarron Alliance Foundation and a Torchbearer Award from PFLAG (as part of the Heartland Clergy group).  My LGBT advocacy continues with efforts this year to pass a statewide equal employment law. 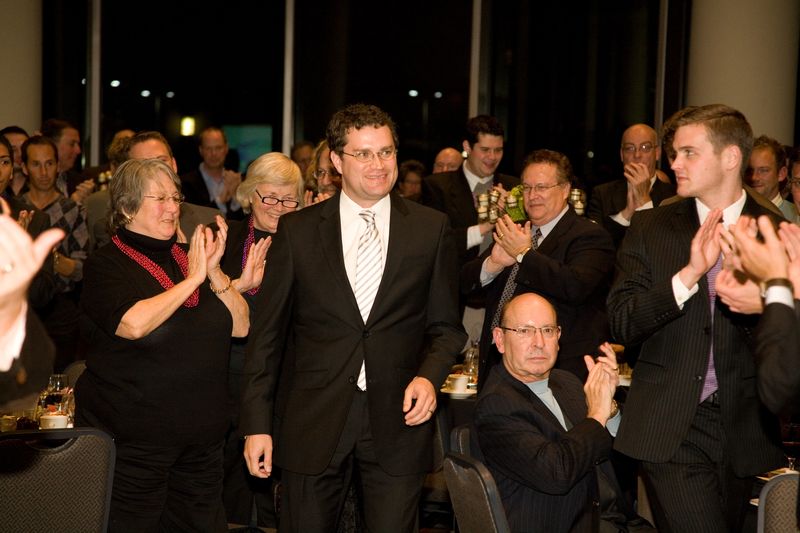 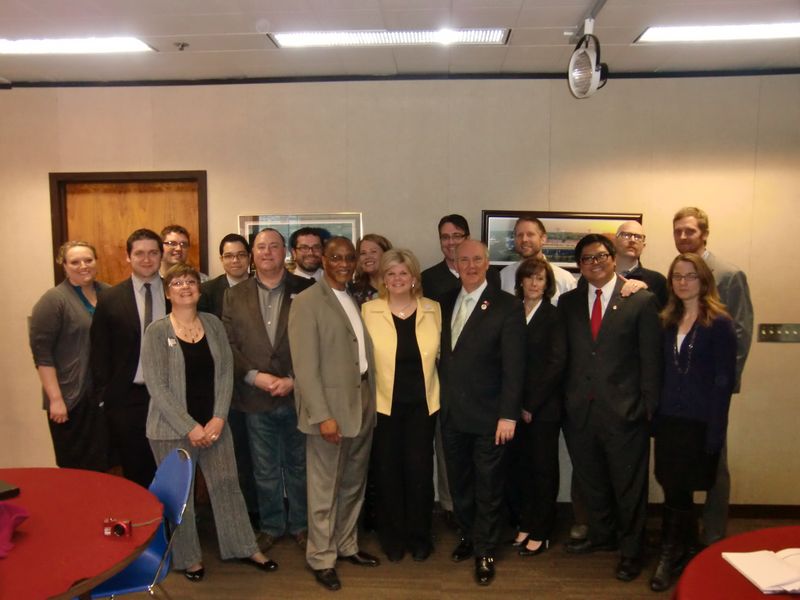 And during all of this my personal life developed, as I met Michael in 2006 and spent most of my thirties with him.  We moved in together in 2007, were married in 2009, bought a house together in 2010, got legally hitched in 2012, fostered a child in 2013, and are in the private adoption process now. 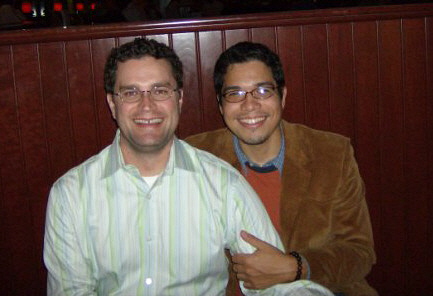 Along the way, I've helped, as a friend and minister, many other people in their journeys out.  Maybe that was the greatest joy.

The spirit of coming out is most wonderfully connected with the joy and enthusiasm in that moment when one crests the hill on 39th street in Oklahoma City during the Pride Parade and sees the multitudes of yelling, happy people along the Strip, and then you ride into that sea of energy.  An experience and a memory that never fails. Scott, although I'm clearly behind you in experience, so much of this spoke to me. Particularly, the sharing of history and building of community from one generation of LGBT folks to another has been critical in my life and in the lives of others I know. I sense that so much of this has changed now, due to technology and cultural shifts but there's something critical about learning through talking with elders as well as reading it in books (which at the time of printing, were often hard to come by). Anyway - great post. Thanks for the reflection as you hit a milestone (I recently hit a milestone and probably should've done more of this).