So neither of us was feeling very well anyway, much less the idea of leaving the warmth, relaxation, and fun of Hawaii where we had only been a week (too short) to return to Omaha where the predicted high temperature for the day of our return was 2.  That last day we lounged around in our room (and packed) till checkout time at 11.  We were joined that morning on the lanai by a couple of geckos. Then we headed to Island Lava-Java for breakfast.  We sat outside with a nice view of the water and enjoyed our banana pancakes with maple syrup and 100% Kona coffee. 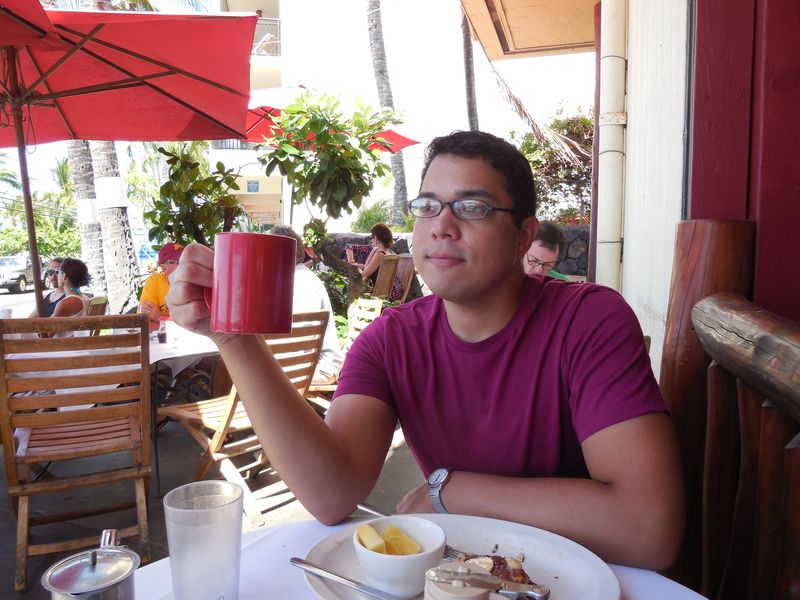 We had not yet walked around Kailua-Kona itself.  Eventually we decided to save this for the final day of our trip, since we didn't want to mess with going to the beach or some other activity and then having to clean up and change after we had packed our luggage and checked out.  So today would mainly be walking around and shopping.

It felt like the hottest day so far, which wasn't exactly great for sick Michael. 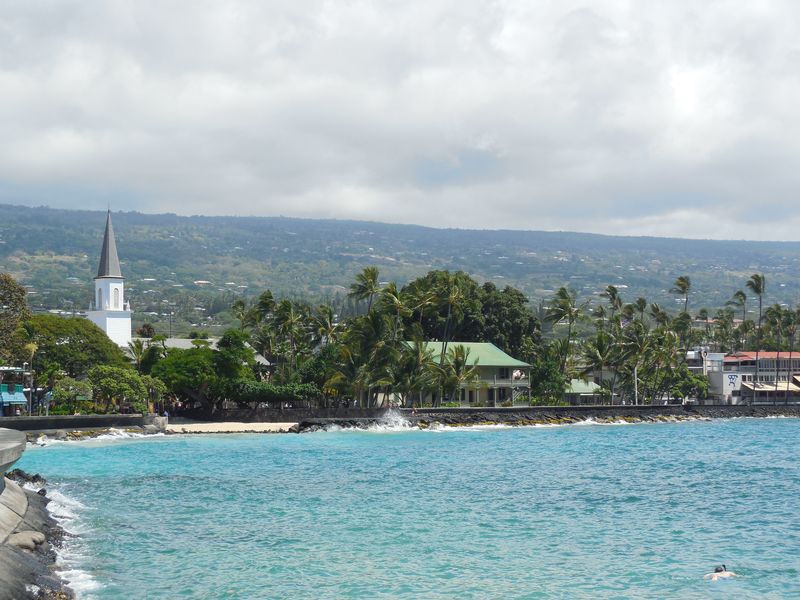 After we'd pretty much covered the downtown shops and sites, we drove back out to the old airport, this time for the community garden and walking path. 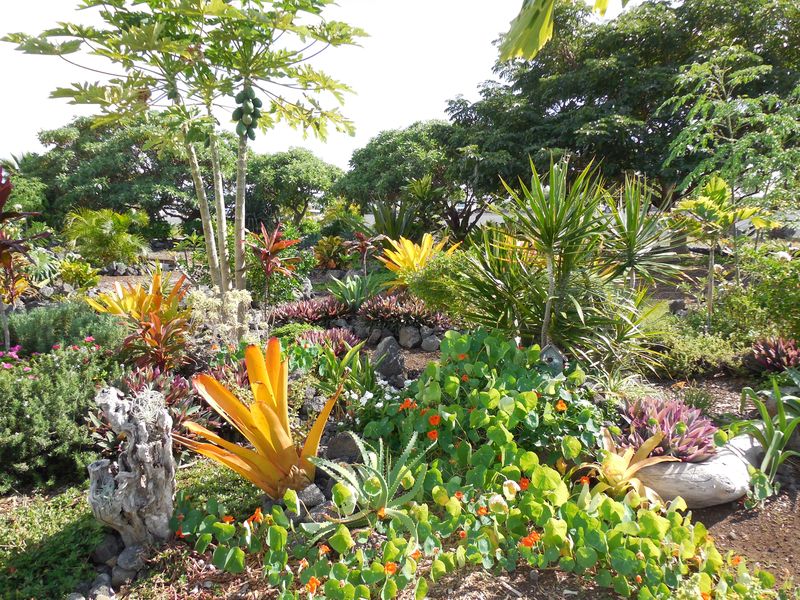 After that, it was our intention to visit the Kaloko-Honokohau National Historical Park, but were surprised that the gate was locked.  Apparently they close at the strange time of 4 p.m.  Now we had time to kill before returning our rental car at six, so we went back downtown and sat on the lush green lawn of the King Kamehameha hoteld and watched people on the beach.

At six we returned the rental car and the McConnell's picked us up to take us to dinner.  We went to the Bite Me Fish Market at the marina for fresh fish.  Michael had a great ahi tuna steak, and I really enjoyed the marlin.  With even more time to kill, the McConnell's drove us up to the King and Queen Shops, where we mostly enjoyed browsing art galleries.

At 9:30 they dropped us off at the airport, and we said our goodbyes.  Then there were very long lines, longest I've stood in in years, to get through airport security (it seemed that passagener for four or five flights were all trying to process through the tiny airport at once).  All the "gates" are outdoors and you walk across the tarmac and up the stairs to board the plane.  We noticed that they were using a forklift to get people in wheelchairs on!

Five hours to Phoenix, two hour layover (with an hour of that delay as our plane had mechanical issues, and they got us another one), three hours or so to Omaha.  When we arrived it was one degree, and we were still in our shorts from Hawaii.  We quickly put on jeans and sweatshirts, but we had no coats (it hadn't been that cold when we left).  When our ride texted asking where we'd be standing, we replied "Inside!"

Michael asked just this morning if our slow recovery from our colds was affected by simply missing Hawaii.  Seems like a reasonable conclusion. 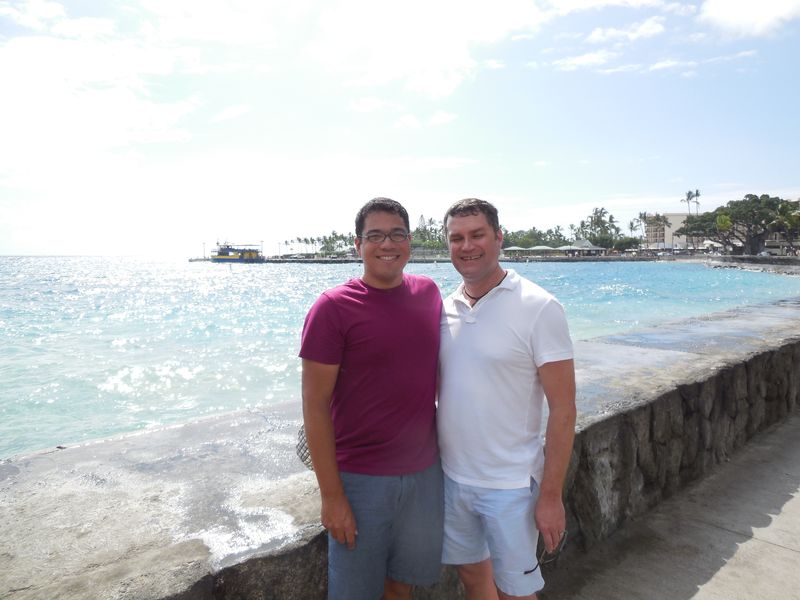