A Bach prelude and an R. E. M. offertory

This is the seventeenth installment in this series on hymns.

Through the late nineties and into the turn-of-the-century I was attending First Baptist Church in Shawnee, Oklahoma, still singing many of the hymns I'd grown up with, yet with more emphasis on those that inspired reverence and awe.  This was the period in which I was pursuing my degrees, and I was an active layman. 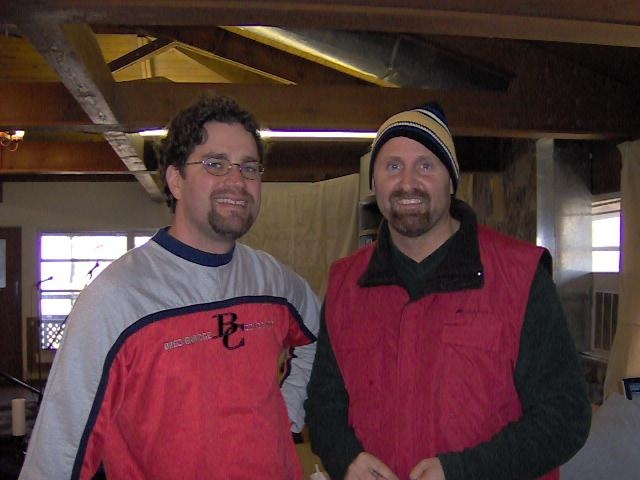 When Tim Youmans came as our youth minister, he and I quickly formed a friendship and soon I was helping with the youth.  It was these experiences which led me back into full-time ministry.

Though Tim played a guitar, his music for the youth was not the contemporary choruses I had grown up on in the 1980's.  Sure, he still did some silly songs, though they weren't silly in the same way.  For instance, he used Sarah McLachlan's "Ice Cream" as a worship song.

A Gen-Xer like myself, Tim's musical sensibilities were shaped more by alternative music.  Whereas 1980's praise music was often led by people in khaki's and polos, by the 1990's it looked more like a grunge rock band and played, generally, much higher quality music.  Unfortunately, I can't remember the lyrics to most of the choruses we sang at that time.  I guess I didn't participate long enough for them to become ingrained.

But Tim helped to expand my ideas of what worship could be.  He like many of us who became post-evangelicals and in some way part of the larger emergent movement, we were drawn to a richer spirituality and ancient practices, except in contemporary forms.  So, our youth worship had candles and crosses and other visual objects.  We began observing Ash Wednesday and other moments in the liturgical calendar.  The music and worship included times of silence and contemplation.

I began to long for a worship experience that might open with a Bach prelude and include an R. E. M. offertory.  Shortly before Tim came to town, I had attended my first Jazz liturgy.

Unfortunately, I've never yet been in a place with the resources of people to make exactly this happen, though I've done the best at it I could.  At First Central we've incorporated songs by Leonard Cohen, Pete Seeger, and U2 into our worship in the last couple of years.  I've yet to do an R. E. M. offertory with a Bach prelude, however.

So, yeah, this post isn't really about hymns I've sung, but is an essential piece of my develop which occurred in the years immediately before I became a full-time minister and began participating in worship planning instead of simply being a recipient and participant of someone else's planning.  From now on in this series, I will be one of those responsible for the hymns I've sung.