This is number fifteen in a series of posts on the hymns I've sung during my life.

Early in Western Civ my sophomore year Jim Farthing, our History Prof, mentioned "the music of the spheres."  When people didn't know what he was talking about he said, "You've been singing 'This is My Father's World' all your life and didn't know what it meant?"

I could honestly say that I couldn't remember ever singing that hymn, so I had to go look it up.  Sure enough it was in our hymnal and in the one I'd grown up with, but it was one of the many hymns that either we didn't sing at all or didn't sing often enough to become familiar.

This is my Father's world,
And to my listening ears,
All nature sings, and round me rings
The music of the spheres.

This is my Father's world,
I rest me in the thought
Of rocks and trees, of skies and seas;
His hands the wonders wrought.

Yet this hymn is indicative of a change in the worship I experienced in young adulthood.  While attending Oklahoma Baptist University, I would encounter a wider range of music and after joining Shawnee, First Baptist the standards hymns I would sing would alter.

Though I had grown up in a relatively traditional Southern Baptist Church, First Baptist in Shawnee was a more formal church and being the main church near our denominational university it had a long focus on intellectual life and a rich appreciation for music.  Worship at Shawnee, First inspired one with awe and reverence.

And so hymns like "This Is My Father's World" suddenly became standards for me, while a significant number of hymns that I'd grown up singing began to fade, little used at Shawnee, First or at OBU.

"This Is My Father's World" would become a favourite, especially for its sympathies to ecology and its emphasis on the immanence of God.

This is my Father's world,
He shines in all that's fair;
In the rustling grass I hear him pass,
He speaks to me everywhere.

Though this hymn is filled with masculine words and pronouns, it does not participate as fully in the masculine imagery of warrior, lord, and king (though it does appear in the third verse).  I think that generally this is a good fatherly image that survives feminist critique.

Another hymn that also appeared in the hymnal during my childhood and which I do not remember singing, yet became a standard and a favourite in my adulthood is "Be Thou My Vision."

Be Thou my vision, O Lord of my heart;
Naught be all else to me save that Thou art:
Thou my best thought, by day or by night,
Waking or sleeping, Thy presence my light.

Be Thou my wisdom, and Thou my true word;
I ever with Thee and Thou with me, Lord:
Thou my great Father, I Thy true son,
Thou in me dwelling , and I with Thee one.

Riches I heed not, or man's empty praise,
Thou mine inheritance, now and always:
Thou and Thou only, first in my heart,
High King of heaven, my treasure Thou art.

High King of heaven, my victory won,
May I reach heaven's joys, O bright heaven's Sun!
Heart of my own heart, whatever befall,
Still be my vision, O Ruler of all.

I've always liked the way the opening of the fourth verse builds upon the close of the third verse and this Celtic image of the "High King of heaven."  Adaptations of that phrase lose the specific Celtic cultural reference in the image.

"Be Thou My Vision" has remained one of my favourite hymns, which I use quite often in worship. 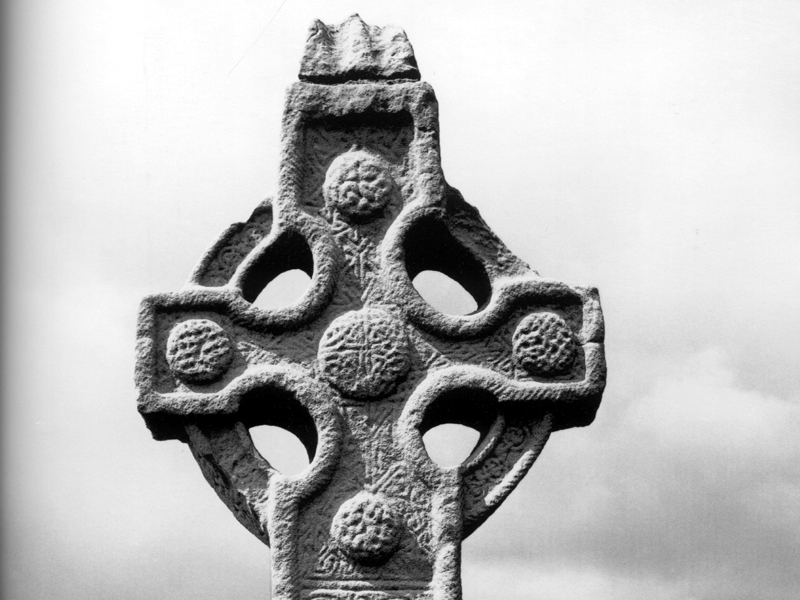