"What do we do?" Michael said.  We were sitting with other members of the wedding party, in our drying swim suits, drinking beer in a beachside cafe in Costa Rica having just got word that not only was the process with Sebastian (the boy in Kansas) working its way along, suddenly there was also a girl in Iowa who was available for us to pick up the day we arrived back in the States.

"Let's go over here by ourselves and talk for a bit."  We walked into the dark and found a place to sit and discussed the big question--"Can we raise two newborn babies?"  It was a fast conversation.  Of course we want more than one child.  If this is the way it happens, then so be it.

We returned to the table and everyone looked up, ready to hear our decision.  "We're going to do both!"  There was a big cheer. 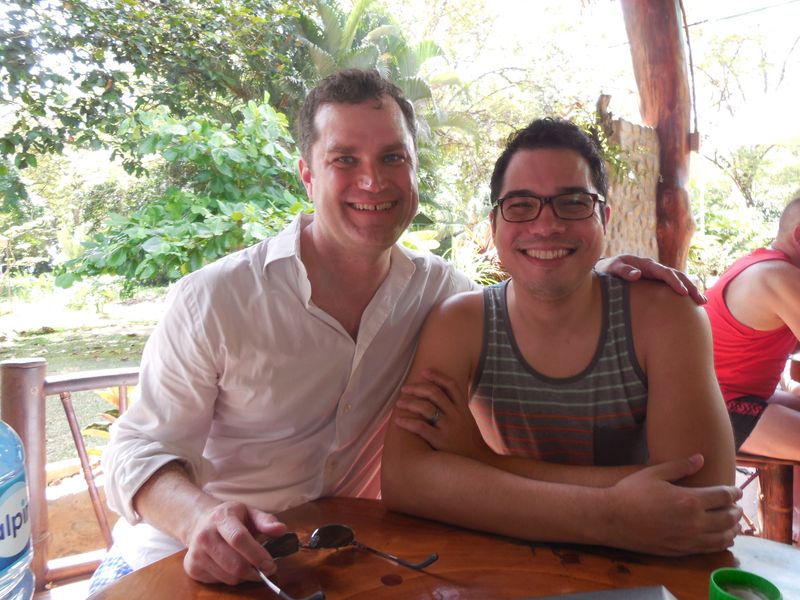 And then we got to work.  I e-mailed our private adoption agency to bring them up-to-speed on what was going on with the boy in Kansas, as they didn't have the latest word how it had progressed.  We began e-mailing and messaging family and letting them know the situation.  We would also need to have $16,000 for the adoption fees for the Iowa baby, so we started working on how to access that immediately upon arriving in the states (and were humbled by the very quick and helpful responses we received).

Everyone was celebrating with us.  Plus, it was time to head off to dinner with the bride and the groom and the rest of the wedding party.  We hated how much our baby drama was affecting the wedding weekend.  Everyone else was on the roller coaster with us.  We headed for a pizza place about 15 minutes away.

Our huge party had just been seated when my phone began to ring, the first time I'd had a signal for an incoming call in days.  It was the adoption agency.  I grabbed Michael, answered the phone, and ran outside to the alley behind the restaurant for the call.

And quickly she cut to the chase--we couldn't do both.  The agency would not support two processes at the same time.  We'd have to pick.

I handed the phone to Michael so he could hear the same thing I had just heard, and I went across the alley, found a rock to sit on, and began to wail.