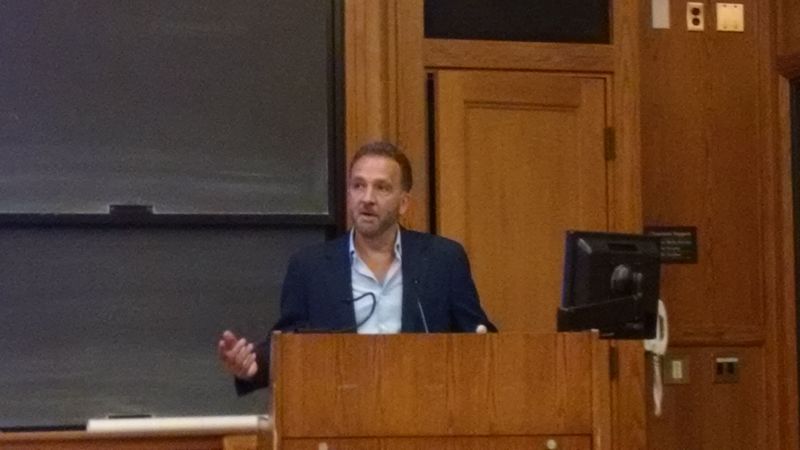 "I wrote about things I needed to understand."  George Pelecanos grew up in Washington, D. C. where he was a minority and during a time of racial conflict.  His father owned a diner, and George began working at age eleven.  He said that American fiction is usually about people who win.  He wanted to write about those who don't.  Crime fiction and television drama are his genres.

He researches by spending time with the people he writes about--police, criminals, etc.  "You learn to write," he said, "by reading and living a full life."  I liked that last bit.

He said that life is long and that our window for doing our thing as writers is wide open.  Athletes and other artists may have some physical limitations to when they can do their work.  We can write until our deaths.

"My goal and your goal should be to be a better writer tomorrow than you are today."

He treats it as his business, dressing each day for work and locking and unlocking his writing space at home.  When he's working on a book, he writes seven days a week.

He doesn't outline or plot things out.  For him the stories arise from the characters.  He works on getting the characters correct.

He answered lots of specific questions about The Wire.  Of course many people argue that it is the best television show ever.  It's one of those I intend to binge-watch sometime, but have never seen.

His favourite film is The Wild Bunch and True Grit his favourite novel.  "I want to write a Western some day."