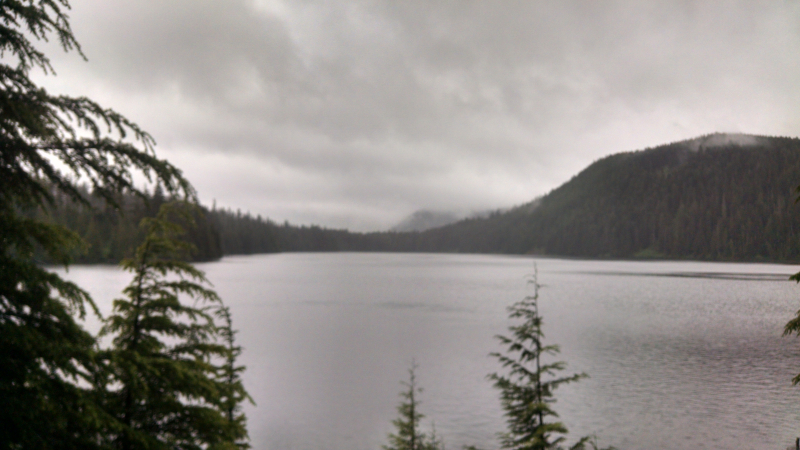 As we came along the final stretch of our hike around Lost Lake, a little girl, walking with her family, said to us excitedly, "Did you get hailed on?"

We had not.  Apparently it did hail.  We had ten or fifteen minutes before heard ominous rushing winds, so maybe that was actually hail in the near distance, but fortunately not falling on us.

That does not preclude that the story will now be that we, my Episcopal rector and soon to be Canon friend Dan Morrow, did hike around Lost Lake in a hail storm.

I was in Oregon for a week of hiking as part of my sabbatical.  Despite wanting a week of hiking, I had also planned this to be the real retreat portion, though after last week's mass murder in Orlando, I was unable to cut myself off of the internet all week as I had planned.  I felt not only a personal need to connect but a responsibility to be present.  Dan and I also have a project (or maybe projects) idea that we have been tossing around and this would be a chance to work on that some.  More on that later.

I left Omaha that Monday morning bright and early, taking a cab as my husband and child were still asleep.  Dan picked me up at a time that was still early in Portland and we went to breakfast before driving up the Columbia River Gorge to Hood River.  I had last (and for the first time) been to Oregon three years ago in the winter to lead a Lenten discussion for Dan on the Problem of Evil.  I knew then that I wanted to return and do some hiking.  Last year Dan and I were going to hike together in New England as part of the sabbatical that I had planned before news of Sebastian's impending birth delayed the time off.  Months ago I asked Dan about hiking around him and he arranged with some church members to use their cabin in Parkland, near Mount Hood.

The weather in Oregon was cooler than average, only reaching a high of 70 once while I was there.  The near 100 degree temperatures back home were happily missed and returning to this heat has made me irritable. 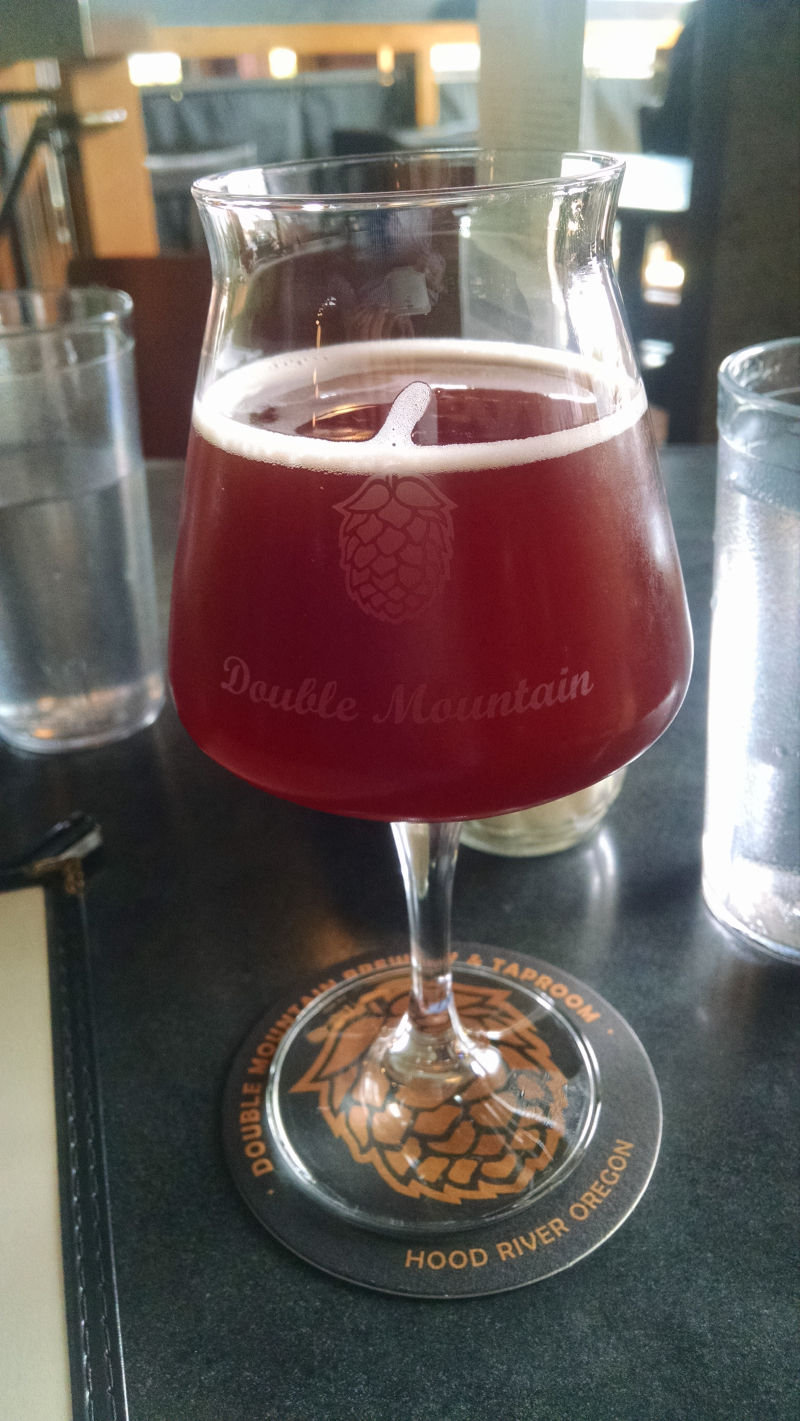 In Hood River we drank some of the many delicious local beers as we plotted out the week's events, then grabbed our groceries and headed up to the cabin.  After getting settled we took a short hike to one of two Punchbowl Falls we would visit last week before driving up to Lost Lake.

Rain began to fall as we arrived.  Dan had left his rain jacket at the cabin, so he bought a temporary poncho from the General Store, though they only had what was labeled kids-sized.  That it fit Dan made me wonder how it would engulf a child.  We then began the two hour walk through the pine forests as the rain came and went, enjoying the lush surroundings and admiring the newts lazing in the water. 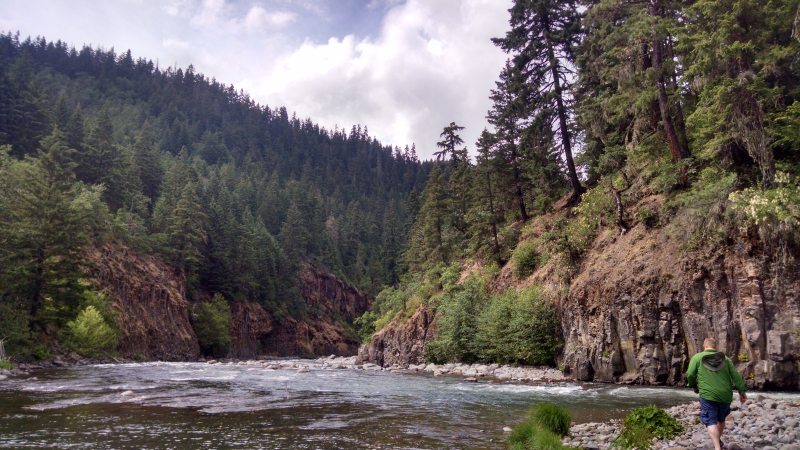