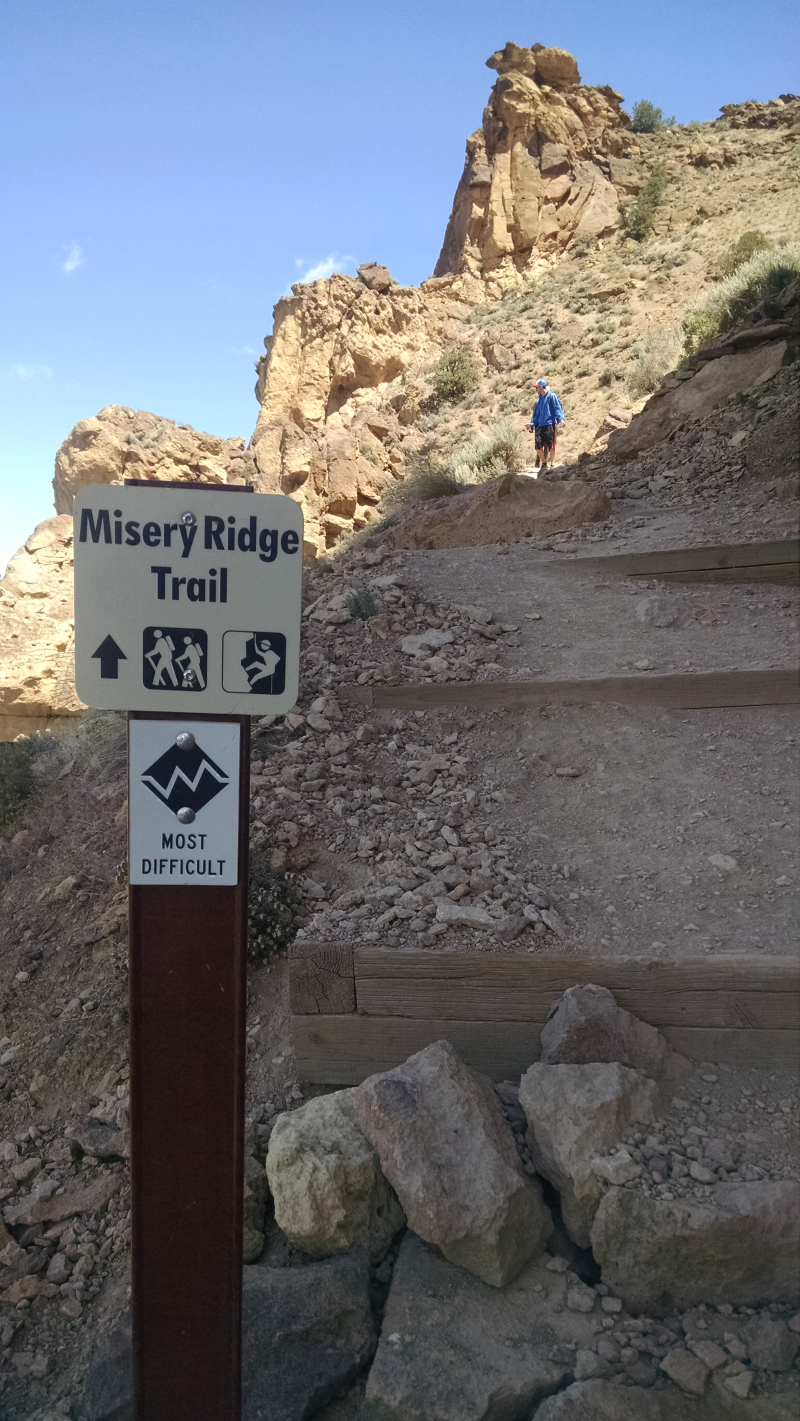 The women were quite nervous as they very carefully and slowly descended past us on the Misery Ridge trail.  We were ascending.  One woman said, "I think you chose correctly.  It would be easier to descend the other way."  I responded, "He's been here before and made that call this morning."

This despite 30 minutes before hearing some man say to the woman with him about us, "I think I'd rather descend this way than the other."

We did chose wisely.  The Misery Ridge trail was long slopes of loose gravel with little to hold onto.  The other trail was mostly swtichbacks and steps, much, much easier on knees and nerves. 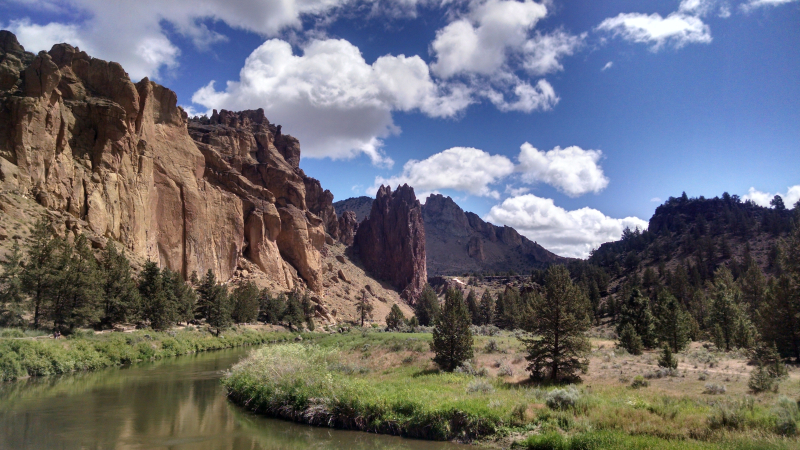 Smith Rock was glorious, even with the rough hike up and down the mountain.

For our second day of hiking Dan recommended driving two hours near Bend, in the high desert for this wonderful place very unlike the Gorge and the Cascades.  As we drove around the side of Mt. Hood, it snowed on us.  On June 14.  Later that day Michael sent me a thermometer reading on his car back here in Omaha that read 108 degrees.

As we descended from Mt. Hood toward Bend one noticed that the trees began getting shorter.  Then scrub grass appeared.  And finally, the trees disappeared.  Radical changes in landscape in a few miles.

Smith Rock is a small canyon with towering rock formations--something like a Yosemite in miniature.  The place is popular with rock climbers, and we watched many ascending the walls.  Little stands were conveniently placed with crutches and stretchers for those who might need them.

Along the floor of the canyon runs a gentle stream graced with wildflowers.  The valley was filled with song birds.  After the clouds and rain of the day before, the bright sunlight was a welcome refreshment as we walked gently along the bank, pausing often to look up at the rock towers beside us.

Then we ascended Misery Ridge, a humble reminder of our age as we saw much younger people bounding up and down.  From the top there were wide views of the valley. 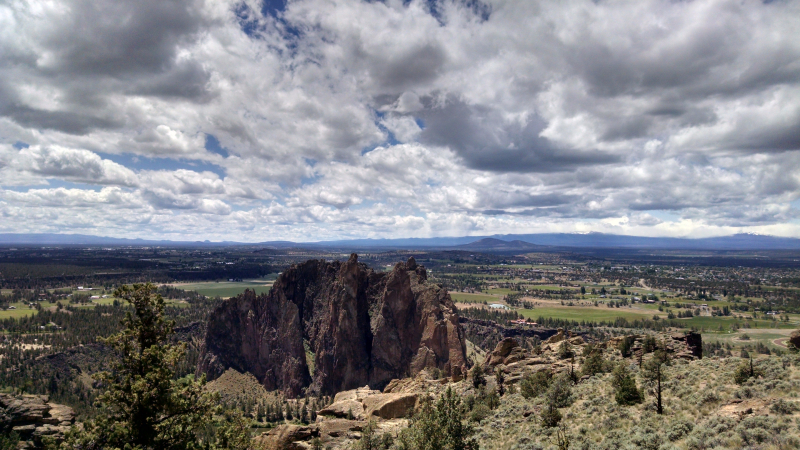 After our hike we enjoyed delicious food and beer at Crux Fermentation Project.