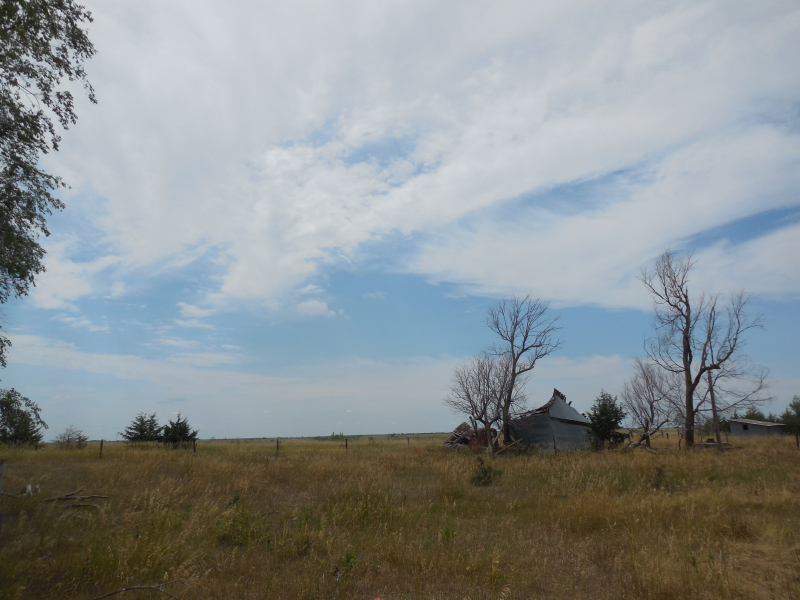 We leaned on the fence overlooking the old barnlot and the dry, scruffy landscape of what Willa Cather called "The Divide"--the high land between the Republican and Little Blue Rivers.  And as the hot wind blew in our faces, we understood in rich new ways the difficult struggles of the pioneers in Cather's stories.  Why would anyone try to farm this landscape, we pondered?

We were at the Pavelka farm, the inspiration for the final scenes of My Antonia, the place where Annie Pavelka (who inspired the character of Antonia) raised her ten children.  Fred and I had traveled to "Catherland," as the local signs identify it, hoping for experiences such as this.  Our hopes were more than satisfied.

As I prepared for this sabbatical I had written publicly about wanting to see some parts of Nebraska I hadn't yet visited in our six years living here.  Fred Nielsen, who lectures in the history department at UNO and is a church member, asked what those might be.  When I mentioned Red Cloud and the Willa Cather State Historical Site, Fred said he had never visited there, despite living in Nebraska for decades and reading much of Cather's oeuvre but that he planned to visit this summer.  So we discussed sharing the costs and company and going together.  This being my final week of sabbatical we almost ran out of time before finding two days that fit our schedules. 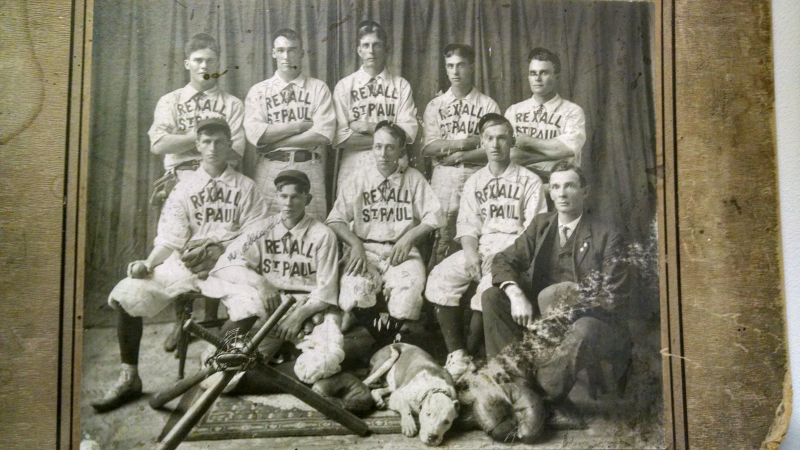 Our journey began early Wednesday morning as we drove due west from Omaha toward the small town of St. Paul and the Nebraska Major League Baseball Museum which Fred wanted to visit as "an antidote to the political season."

We diverted (through much road construction) to drive through the village of Wolbach where Fred had lived as a child when his father was the local Lutheran pastor. The town has seen better times, though the house he lived in was well maintained.

In St. Paul we first lunched at a main street café filled with hundreds and maybe thousands of cookie jars. I ate from the fried chicken buffet. 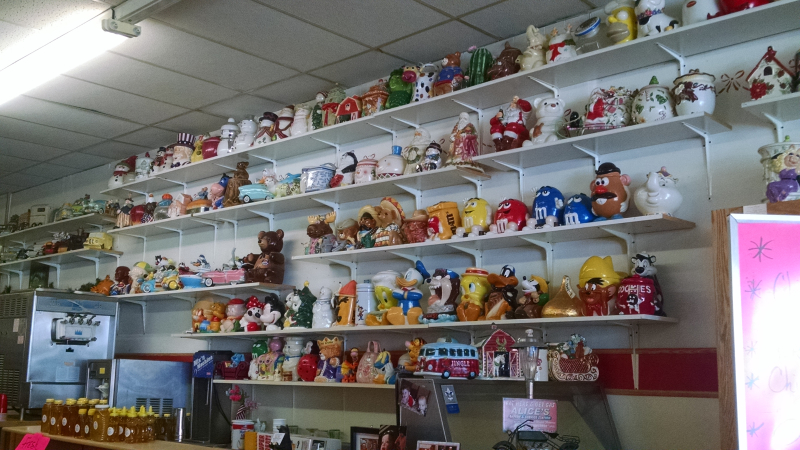 The museum was a labor of love and a very well done presentation of Nebraska's major league ball players and Nebraska baseball history with a focus on the hall of famers. Grover Cleveland Alexander, the first such Nebraskan so honored, was from St. Paul.

We also walked among the (locked) buildings of the Howard County Historical Museum—the standard old church, one room school house, general store, blacksmith shop, and railroad depot. These were attractively laid out and very well maintained. They were adjacent to the very republican county courthouse and a tasteful (unlike, say, Saunders County) war memorial with a puzzling inaccurate start date for the Persian Gulf War, which they also contend (maybe correctly) has never ceased. 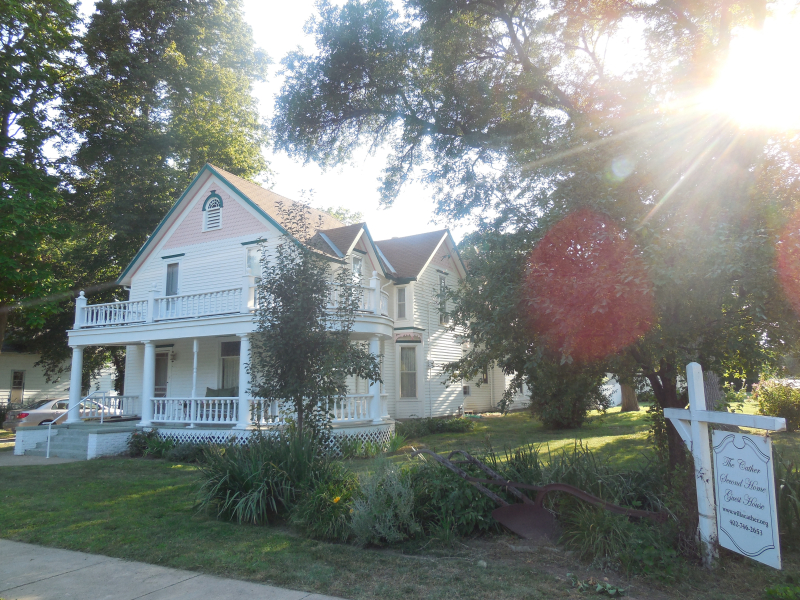 We arrived in Red Cloud shortly before the Cather Foundation (located in the old Opera House) was to close for the day. "We worried about you," said the receptionist, as she gave us our keys for the Cather Second House Bed and Breakfast where we were scheduled to stay. This is the home Willa Cather's parents purchased when she was an adult, so she never lived there, though she visited in the summers and for holidays and was known by locals to use the upper porch for reading and writing.

Local volunteer Cheryl oriented us to the house. "I was born here," she surprised us. This was a maternity hospital after the Cather's sold it. "I also had my tonsils taken out here. The living room was the recovery room. I remember waking up and seeing that window," she said as she indicated the front picture window.

We told Cheryl we planned to walk the Cather Prairie that evening. She said that was good and that the prairie was south of town, past the Republican River. "If you come to Kansas, go back 100 yards." Humorous advice that was actually helpful later when we had to do exactly that.

She offered dining recommendations. "There are three options, and one I've never eaten at." We agreed to eliminate that one. "For breakfast, there's the bowling alley."

The next morning we stayed in and enjoyed the breakfast provided at the house—homemade granola and pumpkin bread with special Willa Cather brand peach butter which was so delicious I bought a jar despite the anticipated mocking from my husband that I had bought yet another jar of jelly or jam (which did occur when I returned home). We breakfasted on the wrap-around front porch with two other guests, one of whom is an American who is an English literature professor living in France who was preparing to teach My Antonia this coming school year.

Wednesday night we enjoyed our walk at the Willa Cather Memorial Prairie, identifying wildflowers using the handy flyer available at the trailhead and watching the sun set. 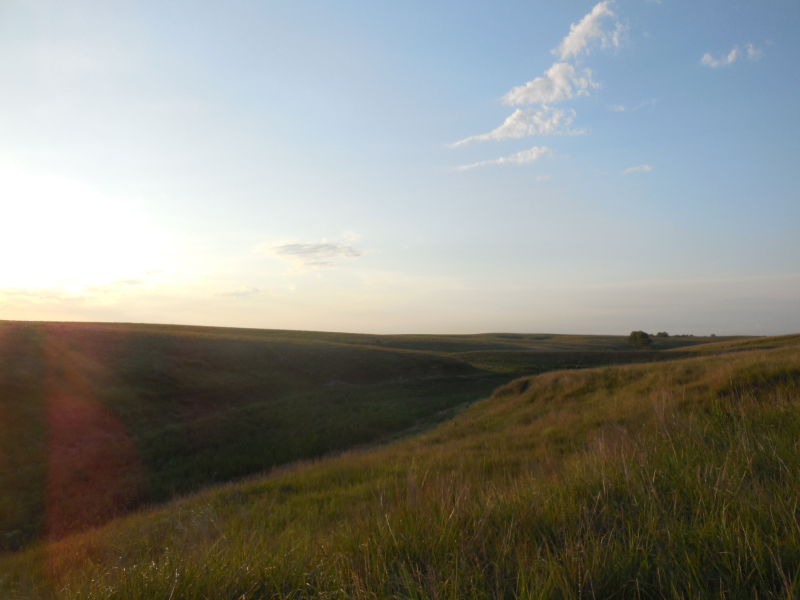 Thursday morning, after breakfast, we walked over to the Opera House for our tour of the Cather-related sites. "Which tour do you want? We've got the 7 building, 3 building, or 1 building tour?" We took the seven. It was $15 and why drive all this way and be cheap? 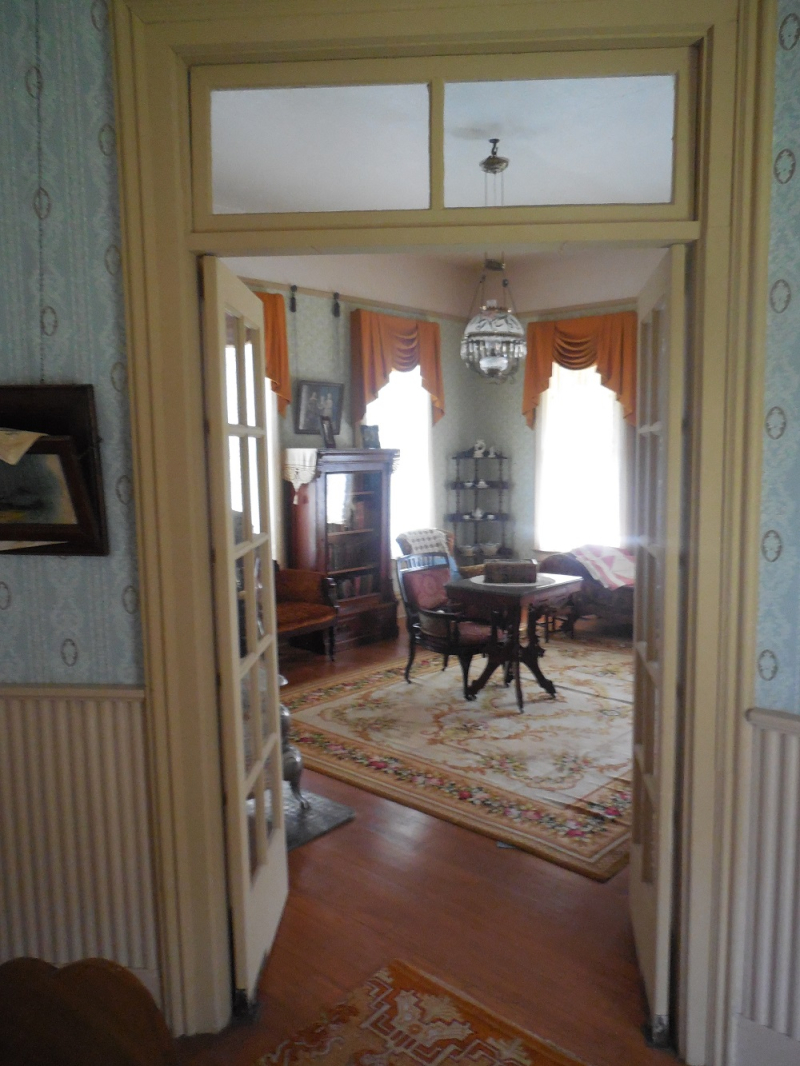 The tour included the childhood home filled with Cather family possessions and the attic room in which Willa lived, reading books late at night and looking out her window to imagine a wider world. Also included were homes and buildings that inspired various settings in the novels. We even saw some items specifically described in various novels. We were surprised to learn how many of the characters and places had direct connections to real life people and places. After the guided tour we drove around town and out into the country to see even more locations, and there were dozens more on the map that we could have seen. We enjoyed our stay in the home and our sight-seeing so much that we both intend to return and bring family. I hope to make a writing retreat there some time during a future project.

We were impressed by the Willa Cather Foundation. They have restored many buildings in town and are currently remodeling a large stretch of the main street to become the National Willa Cather Center with a museum. Knowing how sites like the Mark Twain House have struggled in the last decade, this burst of money and energy around Cather is all the more impressive.

Our experiences in Red Cloud and Catherland complete, we drove east on the minor highway 4 through very small towns, villages, and hamlets, paralleling the Oregon Trail. At one crossroads in the middle of nowhere we stopped at a tiny 19th century cemetery and marveled at how many infants and children were buried there without their parents in adjacent graves, maybe a sign that the families later moved on someplace else.

Our last stop was Homestead National Monument, which I had last visited six years ago. Fred had been there as well and toured the inside exhibits but hadn't walked the trails through the prairie and along the creek bottom. So, we did that. 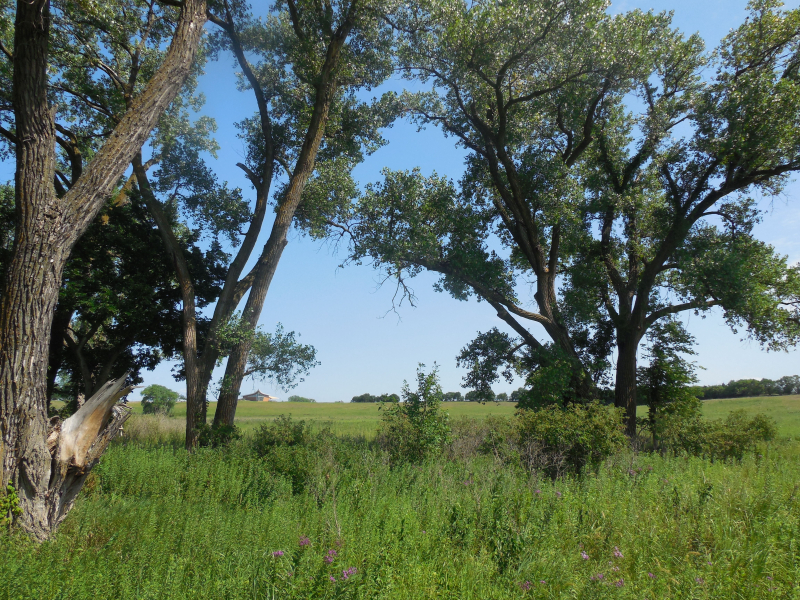 I made it home in time for a delicious dinner of leftover beans and cornbread, a walk to our community garden plot with my son to pick fresh tomatoes and cucumbers, and sitting on the couch with my husband to watch Hillary Clinton's acceptance speech.

"Knowing how sites like the Mark Twain House have struggled..."
In Hannibal or Connecticut?