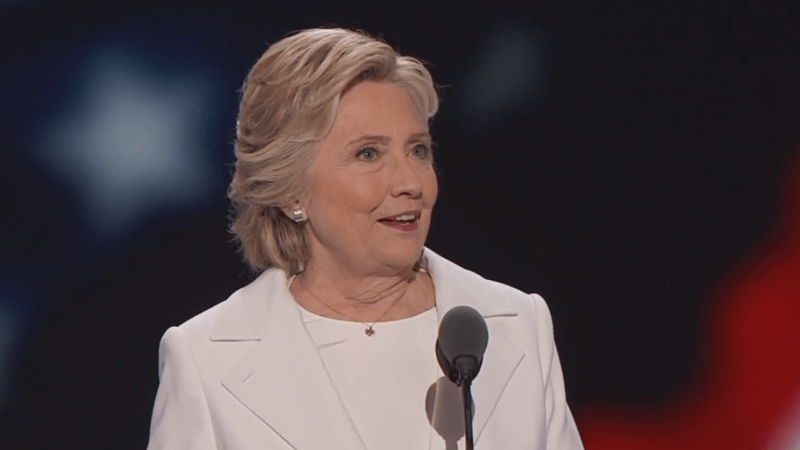 In the winter of 1992 my mother and I sat watching television as Bill and Hillary Clinton gave their first joint 60 Minutes interview, the one famous for Hillary's statement that she was no Tammy Wynette standing by her man.  We didn't like Bill Clinton, an opinion that has never altered for either one of us.  But that night we came to like Hillary Clinton and said to each other that the wrong Clinton was running for President.

In 1992 I was a Republican and would remain one until 2003 when the Iraq War and the rightward shift of the party would alienate me (a story I've blogged about before).  Throughout the years that I was a Republican I continued to like and respect Hillary Clinton.  I never understood the ruthless right wing attacks upon her.  Her perseverance made me like her all the more, as it did for many Americans, for she was most popular in the years following Bill's affair and impeachment.

As the nation prepared for the 2008 presidential election I was excited by the choices of candidates on offer and through the months before and during the primaries my support often shifted between Clinton and Obama. Here, for instance is an August 2007 post in which I support Hillary and this is a January 2008 post in which I was open to persuasion.  Ultimately I voted for Obama in the Oklahoma primary believing that he could move us beyond the divisions of the culture wars (which was naive).  But before the close of the primary season I had switched back to Hillary when I realized my view was naive and realized that her effectiveness, tenacity, and experience were what the nation needed.

So for 24 years I have liked and respected Hillary Clinton, and as I've been a Republican, an Independent, and a Democrat.  I respect her tenacity, her effectiveness, her commitment to public service, and the role her religious faith has played in her life.  I look forward to her being the next President of the United States.

As for my mother, who has been a swing voter her entire life (she's voted for Nixon, Carter, Reagan, Bushes, and Obama and has at various times been registered as a Democrat or a Republican), she sent me this text message Wednesday night:

I am enjoying the Democratic National Convention!!!  I have laughed till I hurt, cried at the empathy I have felt from the heart breaking testimonies, I have also burst out into tears for the pride and patriotism this convention has sparked in me!  I am so happy tonight to say I am a Democrat in the most wonderful country in the world!  Every night I have set spellbound from 4-11 not wanting to miss not even one single word. . . .  May Hillary blast forth with the largest margin ever between two presidential candidates.  The Republican Party has become a vile group willing to pay all costs to win the office of president.

You have spoken for me, Scott. Thank you!

Thanks, Scott. It's amazing to me that after 24+ years in the public eye, people say they still don't know Hillary. How is it, with all of her accomplishments, her actions don't speak louder than her words? (And your mom sounds like a wonderful woman!)