With or Without You

As we drove up the Missouri River valley last night, U2's "With or Without You" came on the radio.  I, of course, began singing along.  Then I realized that Sebastian was singing as well.  Singing U2 with our son was a great way to end our long, hot family vacation, which Michael had dubbed the "Show Off Sebastian Tour." 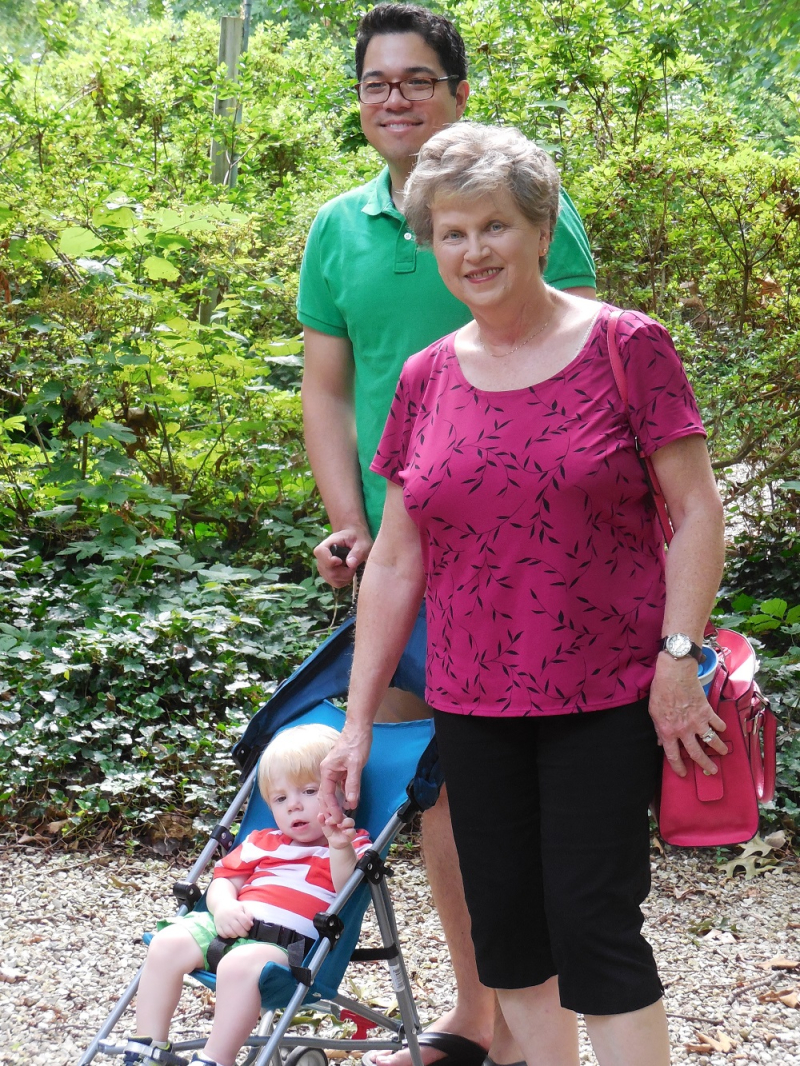 After our time in Arkansas, we visited my Mom, the extreme heat limiting our ability to enjoy the outdoors, but we still toured Lindenwood Gardens and played at the local splash pad.  Sebastian loves gardens, particularly hunting for rocks.  Everywhere we go he now collects one or two rocks.

A quick excursion to Miami one evening allowed us to see dear friends, and we stopped in Claremore to visit my step-dad who delights in his new grandson. 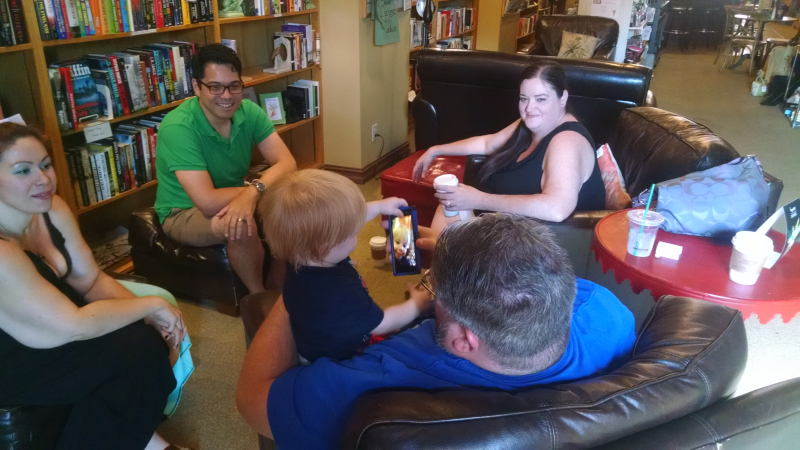 In Oklahoma City we attended Cathedral of Hope, the church I pastored from 2005-2010.  Sebastian ventured up and down the aisles greeting people, many of whom were so delighted to meet our son. While seeing family and some friends (and struggling to survive the extreme heat) we took Sebastian to some places that meant a lot to us--the parks and streets of our old neighborhood, the spot where we were married, the restaurant where we had our first dinner and date.  Our final evening he played in the pool with his cousins. 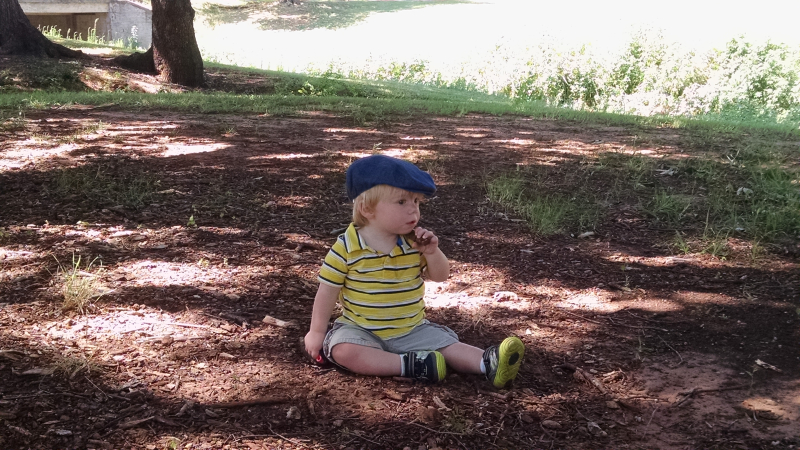 He seemed to grow up a lot during this trip.  He now gives high fives and has learned to shake hands, even venturing around restaurants to shake hands with strangers.  He gets out of bed on his own, even when they were a little too high for that.  He can slide without being held the whole way down.  And he understands more and more words.  Plus, he sings along to U2, which is really cool.