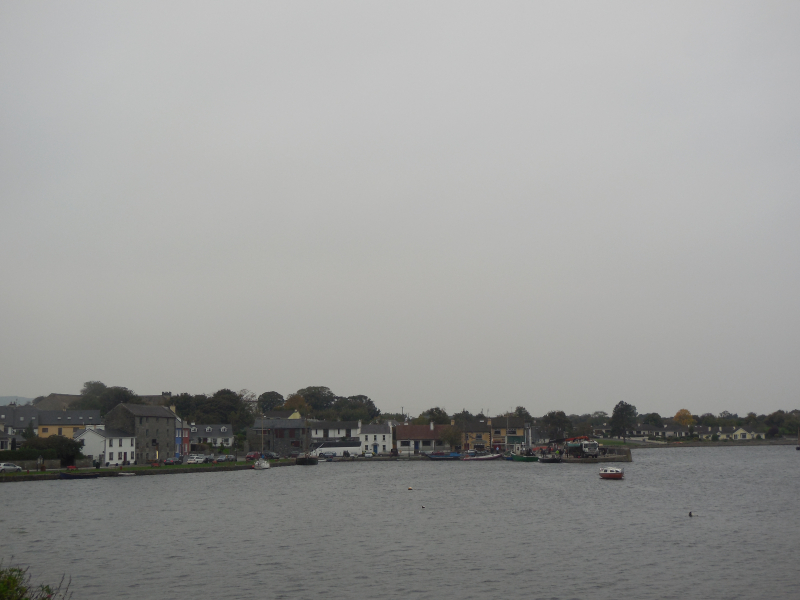 Kinvara lies on the southeastern shore of Galway Bay.  Our second day out from Dublin, after an enjoyable breakfast and plenty of hot tea, we drove along the coast stopping often to admire the beautiful scenery spread out before us.  Barren hills rose to our south, marking the beginning of the Burren, while green pastures sloped down to the shore. In the village of Ballyvaughn we stopped just as the farmer's market was opening up.  I grabbed a wedge of one of the local cheeses, garlic and nettles flavored, and purchased a bundle of carrots.  The farmer selling the carrots was also selling parsnips that I thought looked wonderfully tasty. Commenting on the appearance of his produce, he responded, "Vegetables from the Burren are the best." I munched on those carrots every day the rest of the trip, each time remarking how tasty they were, so I have no cause to disagree with the carrot farmer of Ballyvaughn.

The Burren is an area of exposed limestone left over from the last glacial age.  The glaciers deposited both Mediterranean and Arctic plants on the Burren, and they grow side-by-side.  From Ballyvaughn we turned south, into the hills, approaching the Burren proper, but before we reached the rugged hilltops, we stopped at the remains of a ring fort, this one overgrown with grass and trees, such that I felt like I was in a fairy circle.  Maybe we were? 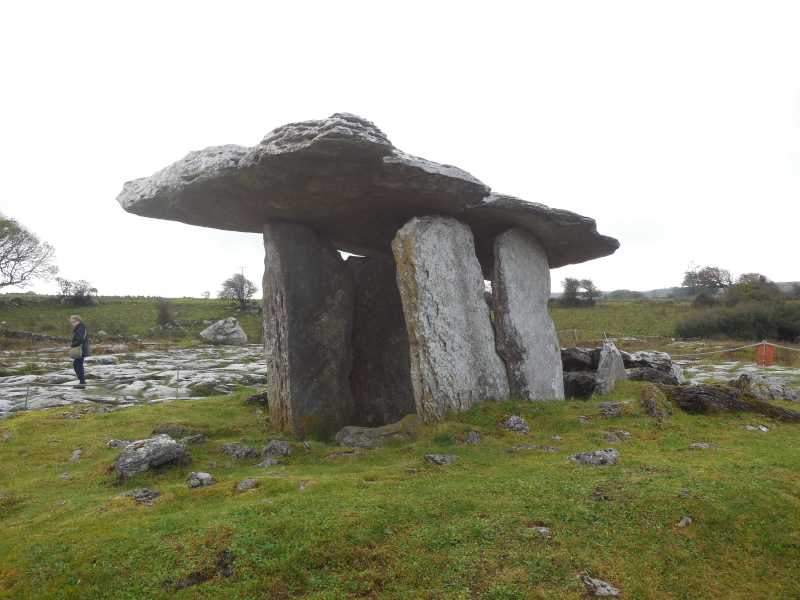 Then the road rose up through barren limestone.  Atop the hills are some prehistoric ruins, including a prominent passage tomb, the Poulnabrone Dolmen.  To reach it you walk across the strange rock formations of clints and grikes.  Clints are the surfaces and grikes the fissures. 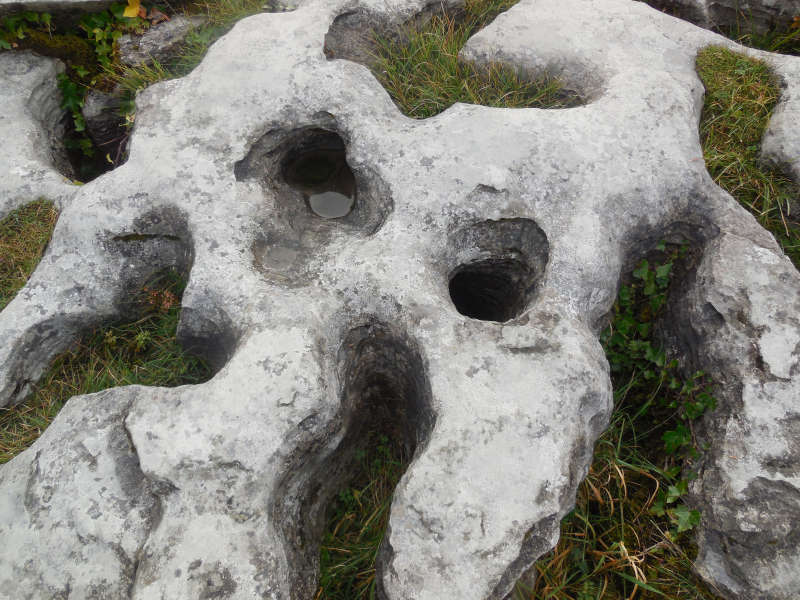 But the land was not completely barren.  Flowers and other plants we abundant.  Cattle were grazing throughout the area.  Later we were told that beef grazing on the Burren were the best in the world.  Having tasted a local steak, I think I agree.

One interesting feature of the trip to Ireland was the abundance of livestock.  One saw sheep, cattle, and horses constantly.  Trails led through pastures. Animals walked over to fences to exchange a greeting with you. Almost every major scenic view included grazing animals.  I realized how little we now see and interact with livestock in the US.  Once a drive through the country was filled with sites of animals.  An Irishman explained to us that they do not use feedlots and other forms of industrial agriculture, preferring to graze their animals the traditional way, leading to better quality food. 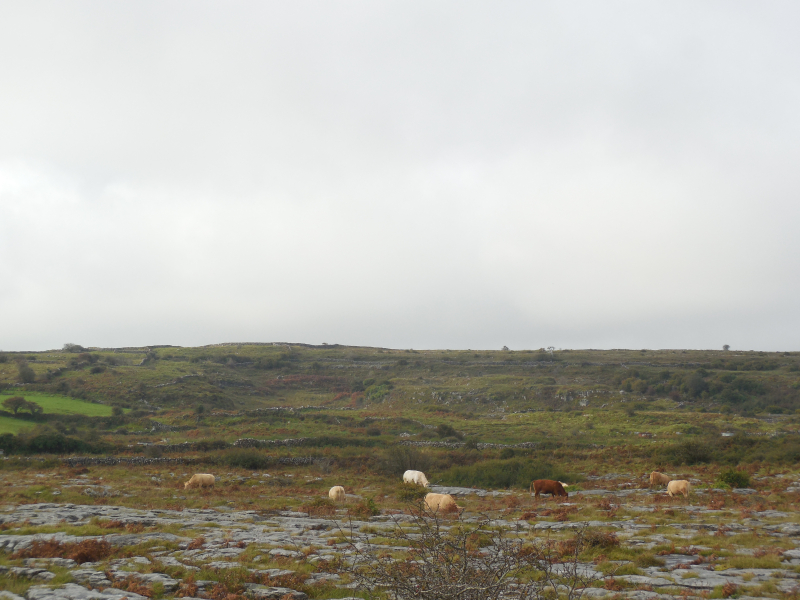 The Burren was a magically strange place and well worth another visit some day.  In the village of Kilfenora we admired their Celtic High Crosses in the ruined churchyard and ate a warm and hearty lunch.  Kilfenora's bishop is the pope.  During the potato famine the town suffered so much that the pope took over the diocese in the intention to try and help the local population.  The irony of stuffing ourselves in a city that suffered misery during the famine did not escape us.

Early afternoon, we drove through the resort town of Lisdoonvarna and on to little Doolin, on the coast.  From there we had a most spectacular adventure.