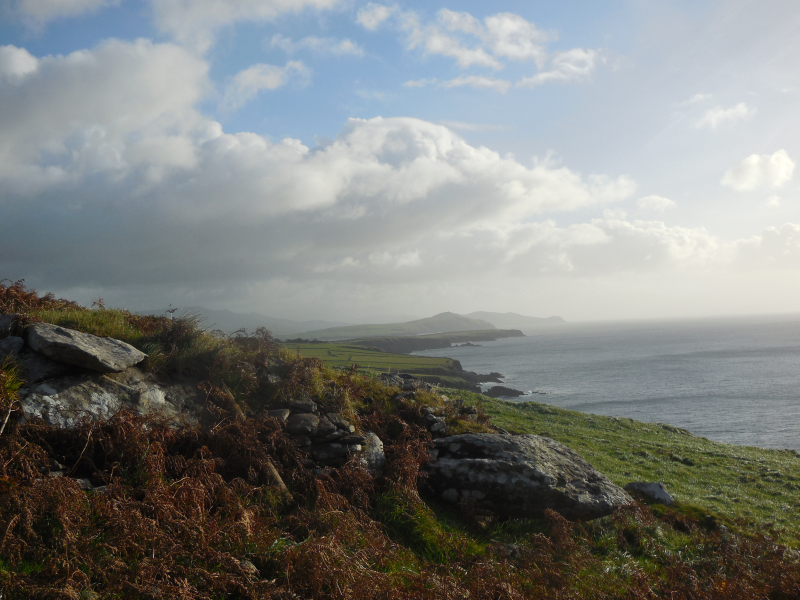 The Dingle Peninsula possesses a rugged, spare beauty.  These are not lush valleys with quaint farms.  Instead there are stone buildings on steep hillsides overlooking the ocean and remote islands.  At lunch we overheard a woman, an Irish literature teacher telling a friend visiting from another country about the people who had lived on Great Blasket Island, just off the tip of the peninsula, "They didn't teach kids to swim, because better to die immediately than swim for a few hours or days in the rugged ocean and not be discovered." 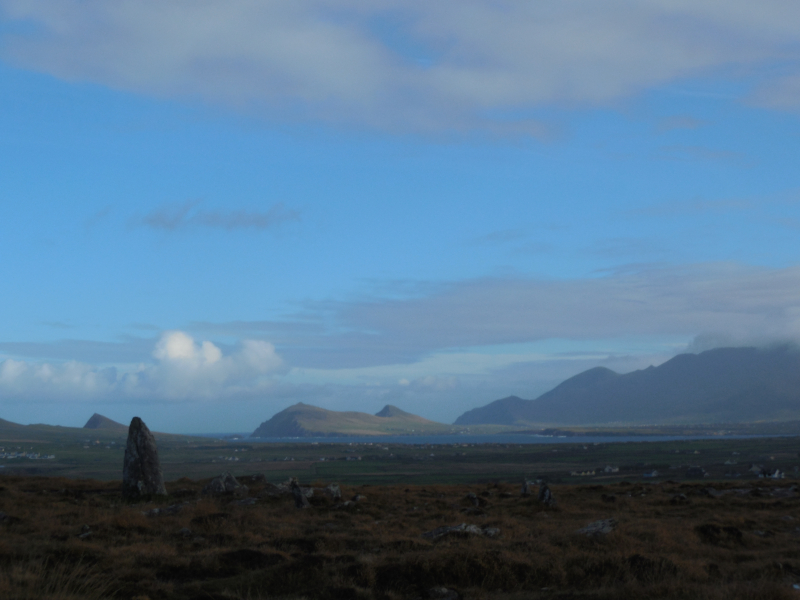 Halfway or so along the Slea Head Drive, we stopped at a turn out at Clogher Head to enjoy the view.  A cloudburst kept us in our cars, but we determined to wait it out, as all day the rains, even when heavy, had been short-lived.  We lay back in our seat until the rain stopped and then Kelli and I hopped out to take the 15 minute walk through the mud up to the rocky point.  The wind-beaten rocks were covered with flowering plants, many still in bloom in mid-October, leaving me to wonder how lovely they must have been even a few weeks before.  The view from the point was one of the most beautiful of the trip--cliffs and island and villages and ocean and hills and farms.  And yet . . .

To farm the rough land the Irish had to remove the rocks, which they used to create the walls of the fields.  Then they had carried seaweed up onto the land to let it decompose and create farmable topsoil.  Sitting there I couldn't imagine the work required, but you can see the evidence in the line where green field gives way to rocky, brown hillside.

But from this particular spot you can see the remains of fields that are once again brown and not green.  Walled fields that aren't farmed anymore.  The guidebook said those fields were last planted during the potato famine and never again, as the population declined so precipitously that the people living there, pushed to the remote barren edge of their own island by the colonizers, never recovered sufficiently to require them to plant the highest fields.

So, here in this place of beauty, stark reminders of ethnic cleansing. 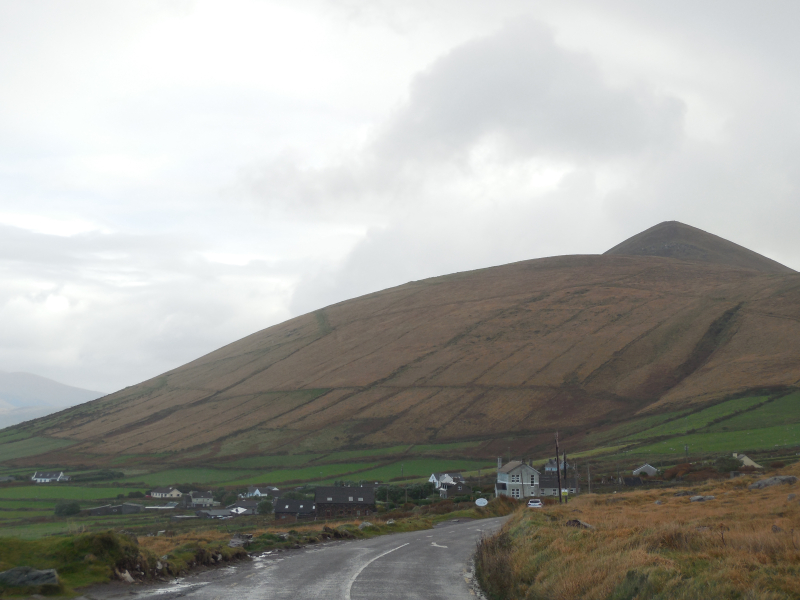