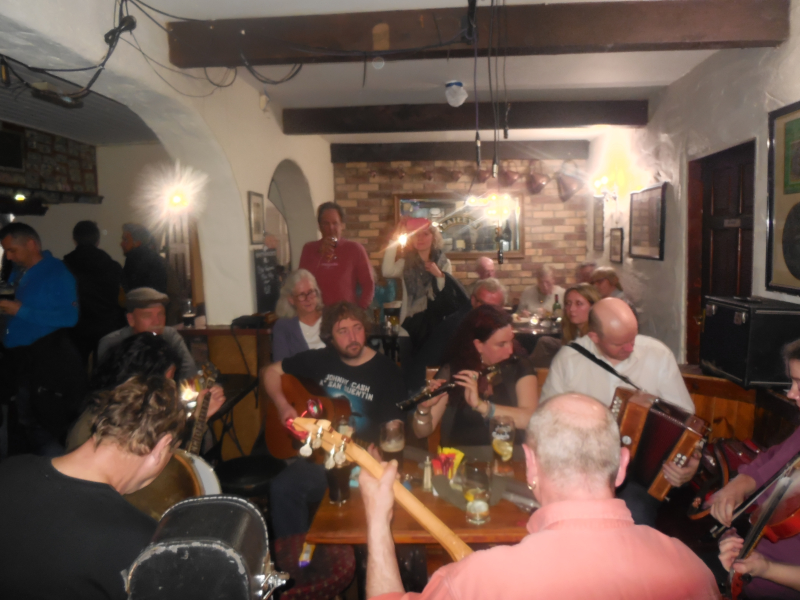 Enriched, but tired, from our hike along the coast to the Cliffs, we rested and refreshed at our B&B before heading out to Gus O'Connor's Pub for dinner, libations, and live music.  Our B&B owner, Sean was a rich and delightful source of information and stories.  I asked what I should eat and he suggested two things--the mussels, because they were in their best season, and the beef, because beef from Western Ireland is the best in the world.  Saturday night I at the mussels and Sunday the steak.  Neither disappointed.

Doolin was our favourite stop of the trip, largely because of the pub, which was just a short walk from our B&B.  Each night we got a front row seat for the live music, something Mom was really looking forward to.  We chatted with other customers and enjoyed the people watching.  One night a young woman handed my sister a picture she had drawn of her.  I enjoyed trying local whiskeys.

Sunday we had planned as a rest day.  Fortuitously, this was the only day of our trip with continuously bad weather.  Throughout the morning and midday the skies were overcast and the rain came and went.  After a slow start and long breakfast, we decided to drive around to some of the nearby towns and villages and do some sweater shopping. 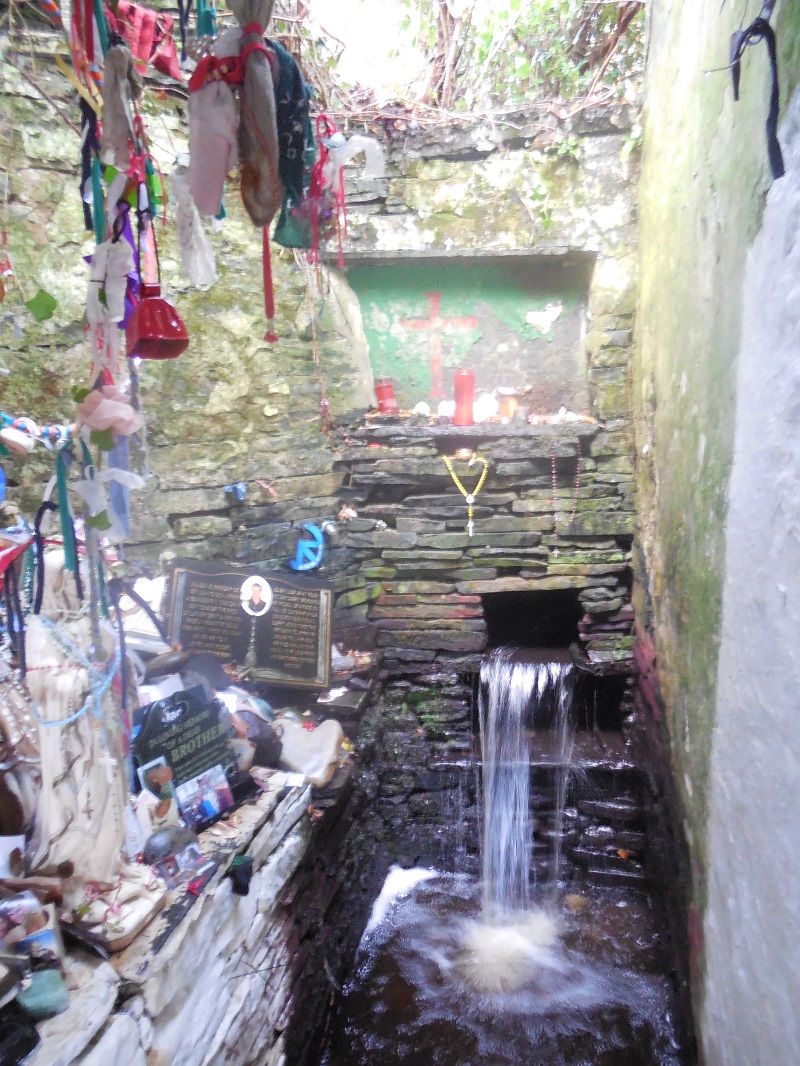 Near the Cliffs of Moher, we stopped at the Well of St. Brigit, where the grotto was filled with items signifying people's prayers, and the trees were covered in ribbons.

In Lahinch we saw people golfing, walking the beach, and surfing, despite the weather. 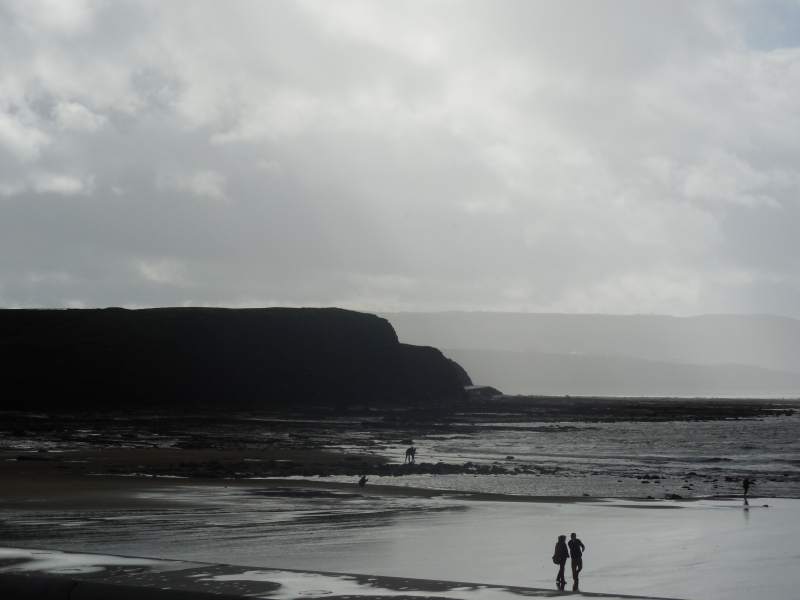 Late in the afternoon we returned to Doolin just as a real Atlantic storm came ashore.  We drove down to the pier and watched the waves pounding the rocks and saw the last ferry from the Aran Islands tossing about like a toy boat.  That night the winds howled, whistling through the house.  The next morning, I lingered outside, enjoying the cloud formations over the hills. 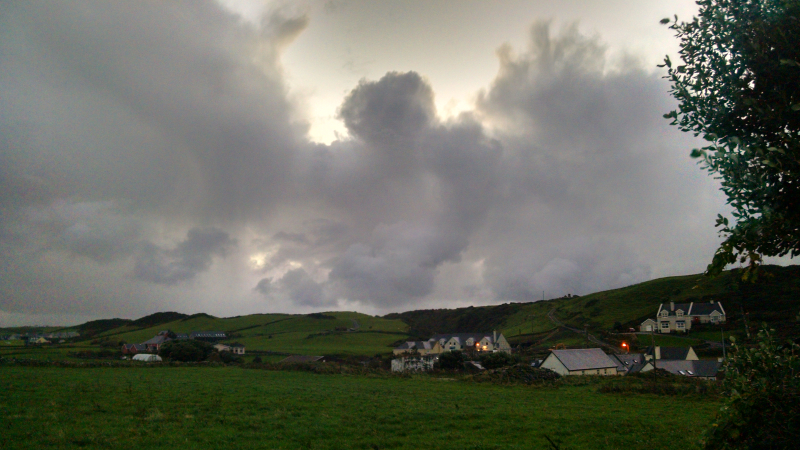