The Bible is with the Poor 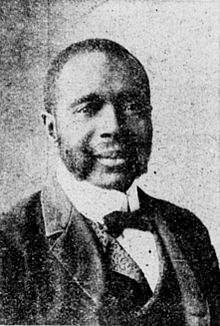 George Washington Woodbey, was  a black minister who ran for lieutenant governor of Nebraska in 1896. He later became a Socialist speaker and according to Gary Dorrien's The New Abolition, "He got a movement going in Omaha, speaking every night in the streets and parks. A Nebraska comrade later told Socialist organizer A. W. Ricker, 'Omaha had never had the crowds that attended Woodbey's meetings.'" I'm intrigued to learn more about this chapter of Omaha history.

The Bible is loaded with normative ethical statements bearing on politics, Woodbey stressed.  More precisely, the Bible is loaded with Socialism.  Woodbey marshaled biblical texts opposing rent, interest, profits, love of money, and the exploitation of the poor.  Rent is a violation of the fundamental biblical principle that the earth was given to all of humankind as a home.  To violate the law of common ownership is to commit sin.  Socialism, Woodbey argued, was a modern political expression of the biblical right to cooperative ownership and control of the land.  In the Bible, the land belonged to God and the Israelites were tenants upon it.  In modern capitalism, a handful of "cunning" types stole possession of the earth to live off the labor of others. Woodbey contended that only Socialism came close to the biblical law suspending agricultural work in the seventh year and canceling all debts in the Jubilee fiftieth year. . . In biblical times, the aim of the Jubilee was to prevent huge debts from accumulating "for parasites to live upon from age to age, as they do today."

He even understood the connections between economics and environmentalism:

Isaiah 24 was another staple of Woodbey's street preaching.  Verse 5 pictured the earth lying polluted from the ravages of its inhabitants, who broke God's laws, violated the statutes, and broke the everlasting covenant.  To Woodbey, this text was mostly about economic injustice--the defilement of creation by economic greed.

Woodbey believed in open borders: "I am in favor of throwing the entire world open to the inhabitants of the world.  There are no foreigners, and cannot be, unless some person came down from Mars, or Jupiter, or some place."

Woodbey spoke the same language about "new abolition" and "new emancipation" that the NAACP liberals used, but he insisted that emancipation had to cut deeper and wider, liberating the vast masses of the poor from poverty. America was supposed to be a democracy, but Congress and the courts defended the right of individual capitalists to own what the public needed. To Woodbey, there was little difference between the capitalist and slaveholder uses of government.  Both relied on government to protect their ostensible rights to dominate people lacking effective rights.

Dorrien writes that Woodbey grew frustrated with atheist Socialists and anti-Socialist Christians.  Woodbey proclaimed, "The Bible, in every line of it, is with the poor as against their oppressors."