Home Archives Profile Subscribe
Observations and Reflections on a Day in the Nation's Capital
Who Lynched Willie Earle? Preaching to Confront Racism

I awoke early in hopes of securing, via the website, timed entry tickets made available each morning to the African American History Museum, but during an hour of refreshing the webpage I never was able to secure any; someone always beat me to them.

So I enjoyed a delicious breakfast in the inn and chose to spend the morning walking around the monuments and memorials.  I thought that encountering the ideals of our republic would ennoble and inspire me. 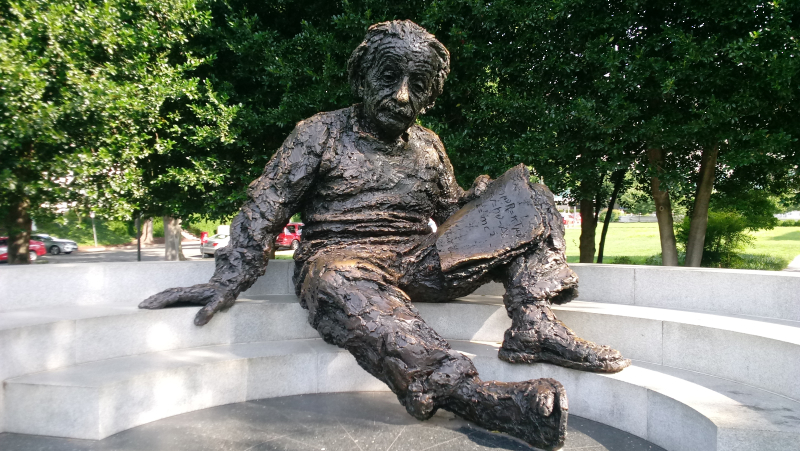 Albert Einstein's statue is bigger than I realized. 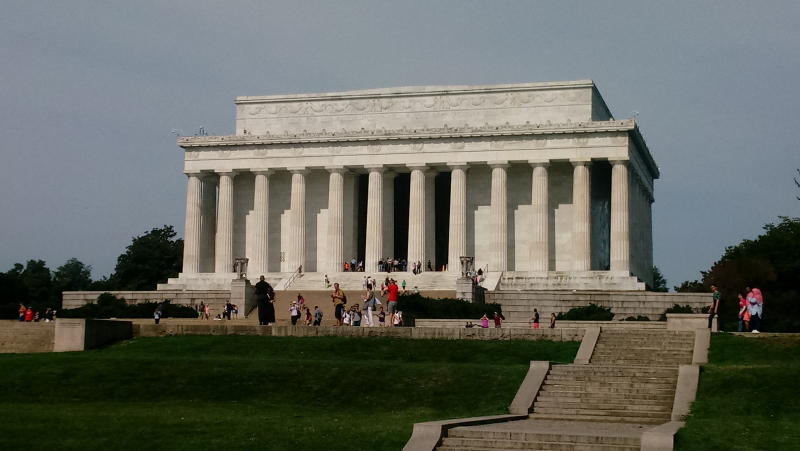 I always cry at the Lincoln Memorial.

I'm always surprised by my grief that he was killed.  I cry as I read again the words of the Gettysburg Address and Second Inaugural.  I cry as I watch African American children joyfully getting their pictures taken.

Sebastian is at that age where every time he sees or hears an airplane he gets excited.  Watching him I recall my childlike wonder.  But I also realized yesterday he not only possesses a wonder, but a naivete.  The plans approach National Airport are so close; every time I caught one out of the corner of my eye I was startled.  We don't experience planes with wonder anymore but with the possibility of horror.

I decided since I've never walked around the Tidal Basin, I'd do that.  It was a very pleasant morning. 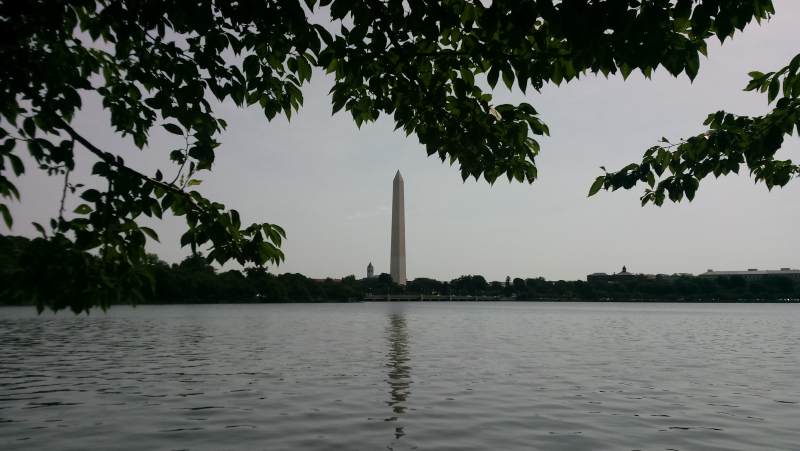 At the George Mason Memorial, which honors his role in assuring our rights, philosophy makes a good appearance with books by Cicero, Locke, & Rousseau.  He seems like a pleasant fellow. I had read that the Jefferson Memorial was in bad shape, but I was still surprised.  Throughout the day I was struck by the number of turned off fountains, crumbling plazas, algae filled pools, and obnoxious security fences. You can see the rot at the heart of our democracy.

The African American History Museum sure makes statement boldly sitting next to the monuments to slave owners. 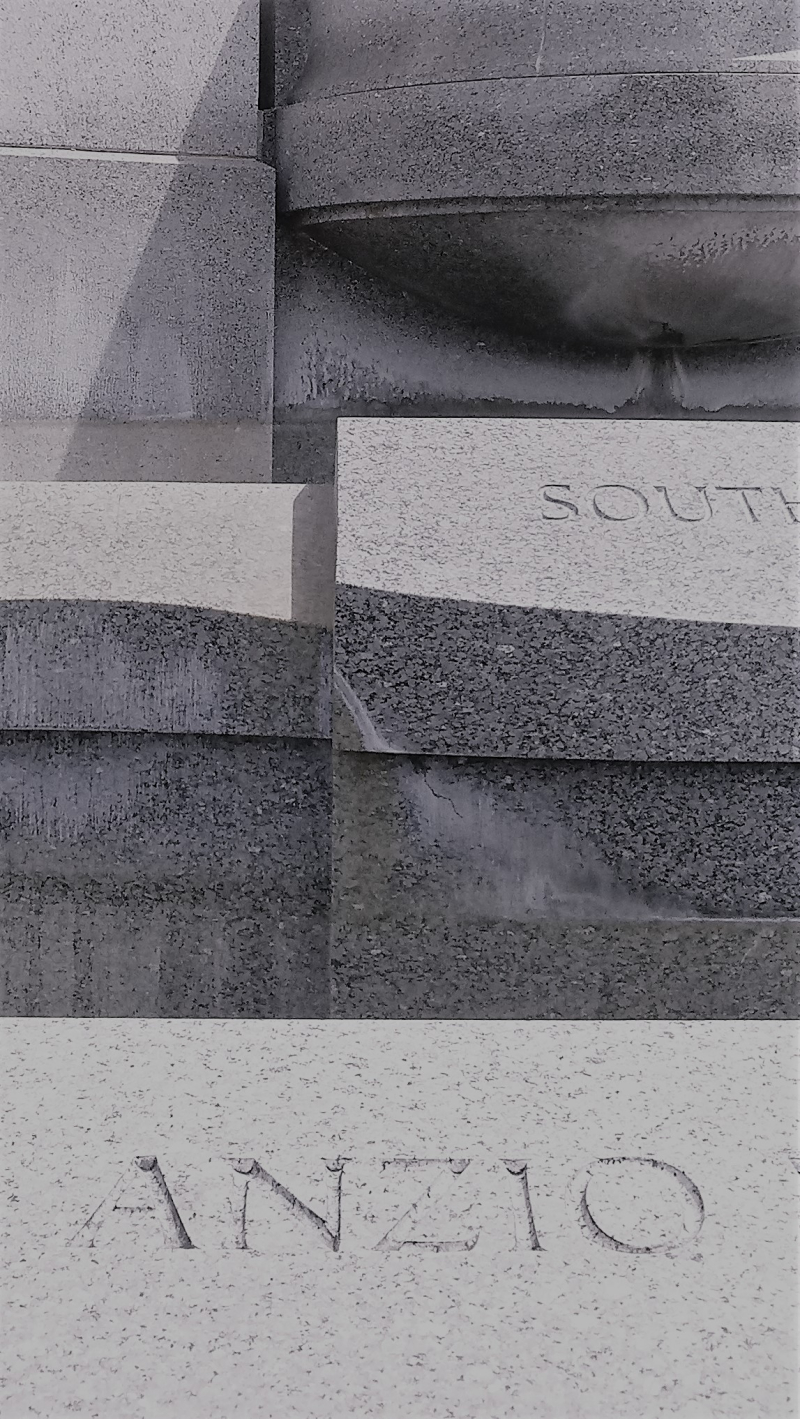 My grandfather fought at the Battle of Anzio where he was so severely wounded that for a time they thought he was dead.  He spent six months in the hospital recovering.  In a recent podcast I shared this story.  Ordinary people like he are honored here for the roles they played in defeating tyranny and advancing the cause of liberty.

When I set out in the morning I hoped that encountering the ideals of our republic would be ennobling and reassuring, but the morning had only made me sadder, for we have failed to live up to our ideals.

And all this before I learned that while I was re-reading quotes about sacrificing self-interest for liberty and the common good, the vile occupant of the White House was again acting like petty adolescent bully.  David French of the National Review wrote, “It’s a sad symbol of our times that one feels compelled to actually make an argument why the president is wrong here.  The pitiful reality is that there are people who feel like the man who sits in the seat once occupied by George Washington, Abraham Lincoln, Dwight Eisenhower, and Ronald Reagan should use his bully pulpit for schoolyard insults and vicious personal attacks.”  That’s what has always bothered me about Trump—not him so much, for his is a pathetic, little man, but the millions of people who have voted for him, people who somewhere along the way failed to learn what the moral ideals of our nation are or were willing to risk them for an imagined short term gain.

For lunch I met up with Chris Rempert who was in my youth group in Dallas fifteen years ago. At the time he was a middle school kid.  Now he’s spent years in advocacy work for progressive causes 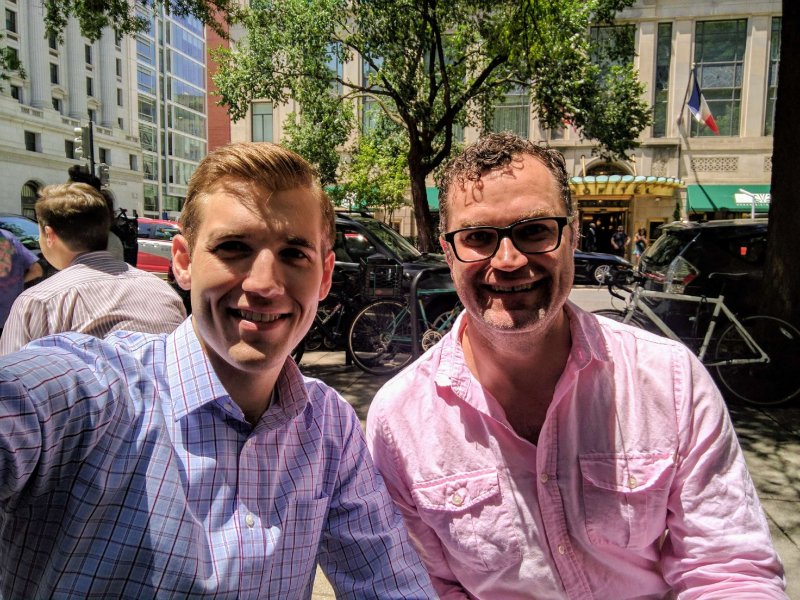 This was my first visit to the National Museum of the American Indian, and I did not expect that I would spend the entire afternoon, but I greatly enjoyed the exhibits and leisurely took my time to read and experience them, particularly the exhibit on Native spirituality and philosophy. 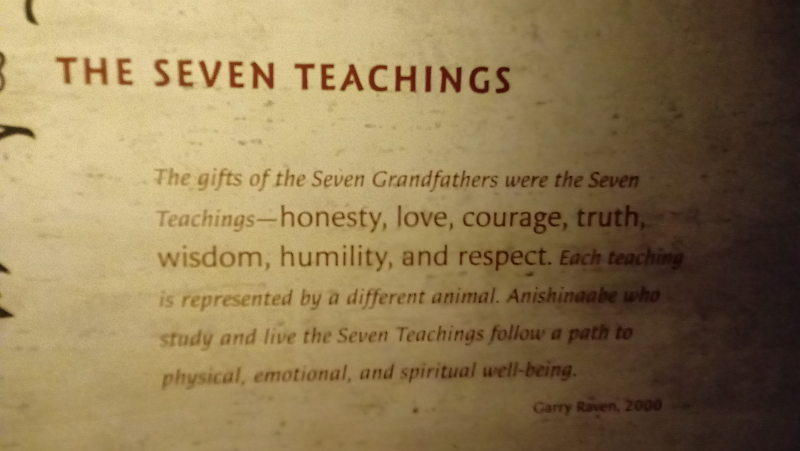 I spent the evening with Christie Platt whom I befriended at Yale in 2014.  What a delight to catch up with her and finally meet her husband.  Seeing her was one reason I had come to DC ahead of General Synod. 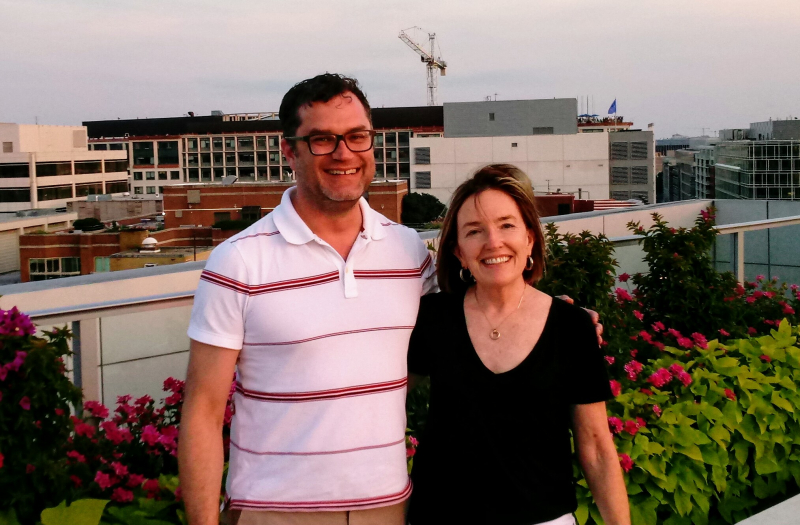 And so this morning I’ll take the train to Baltimore and weekend of colleagues and work on behalf of God’s people.