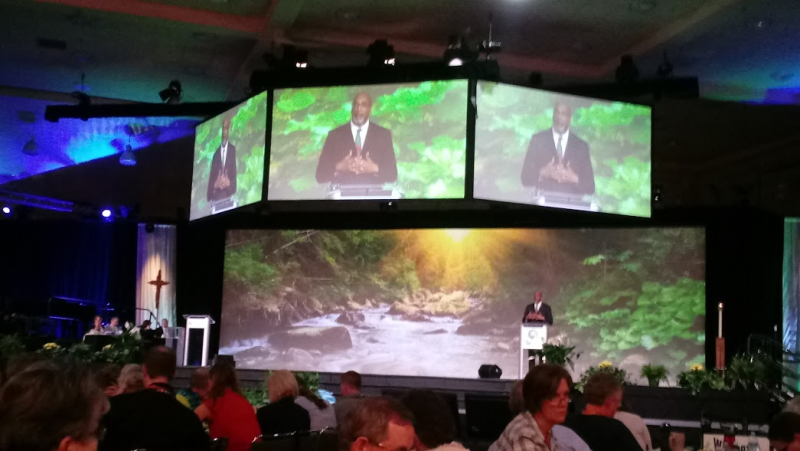 "You lit the fuse of dynamic, inclusive environmental change that heard all voices.  This is the Lord's action," declared Aaron Mair, former president of the Sierra Club.  He was referencing the impact that the UCC's 1987 study Toxic Wastes and Race had upon the environmental movement.  This study coined term and first drew attention to the concept of environmental racism, the reality that there is "a direct correlation between the placement of toxic waste facilities and communities of poverty and/or color."

Mair discussed how the conservationist movement of the early 20th century had ties with the eugenics movement and that modern environmentalism was largely a movement of white, privileged people.  The UCC's study not only drew attention to a vital problem but also laid the groundwork for transforming the environmental movement itself.  Thirty years later he celebrated the UCC's work and shared how he had used the study in his own work for environmental and racial justice.

In the afternoon there was an immigration march from the convention hall to the federal building which houses ICE offices.  In partnership with local faith communities and the Annapolis Sanctuary Network, we were demanding justice and freedom for an artist and father who had been detained in Annapolis. 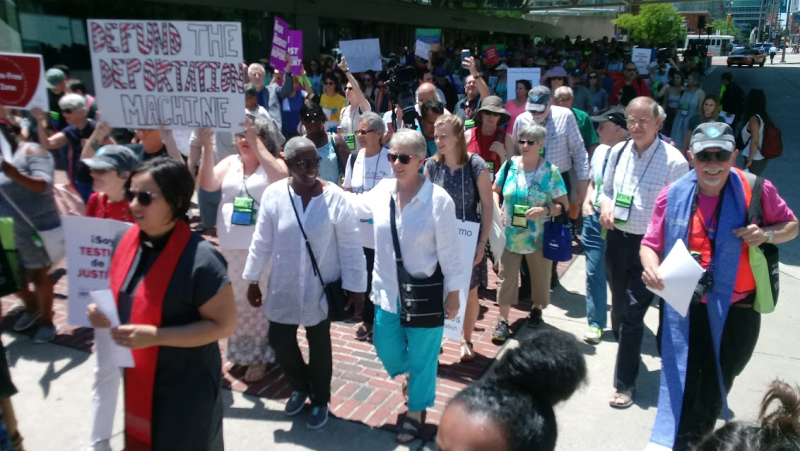 Today was largely a day of business, with occasional breaks to celebrate our ministry or launch new initiatives, such as a new Caribbean Initiative from Global Ministries, new fundraising campaigns, and the local church mission efforts of the Three Great Loves--Love of Children, Love of Neighbor, and Love of Creation.

The business included passage of the Constitution and Bylaws changes to the way the board committees work and the portfolios of the officers of the church are determined.  I was one of only two to speak against the second part of those changes.  I have practical and governance concerns for streamlining our national leadership into a model where associate ministers report to the General Minister and their portfolios of ministry are not set by Synod, but my primary objection is theological.  I liked the Collegium of  Officers.  For much of my time in the UCC there were five co-equal ministers who deliberated together.  I believe this modeled a form of leadership that fit our ethos--conversation among a diverse group.  I believe it gave them unique authority when they issues pastoral letters to the church on topics of importance.  Now there will be one boss and a staff working for him.  I'm grieved to lose something that I believe was important to our character. 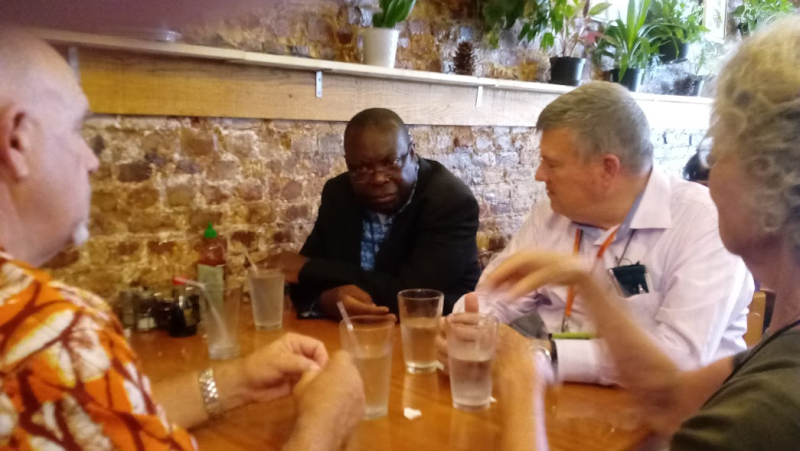 But most of the day was taken up by the long series of resolutions on  a variety of topics--climate change, gun violence, survivors of abuse, diversity training, fair wages for farm workers, and more.  With generally harmonious debate though sometimes getting into the weeds of amendments and procedural motions and questions, we deliberated and decided on all these topics.  Some resolutions passed overwhelmingly, some failed narrowly (resolutions of witness require a two-thirds vote).

The resolution I was most concerned about was one calling on the church to support the right to die.  I rose to speak in opposition to the resolution, but did not get a chance to speak, as a series of procedural questions and motions robbed much of the time and my effort to extend debate failed, though at least a dozen people were still in line to speak both pro and con.  So, let me state what I would have said.

As a pastor and an ethicist I believe we do have the right to choose death when we have a terminal, debilitating condition.  But I believe that before the church takes that position, we must engage in robust theology.  Previous significant theological steps have included study committees who met over many years to research a topic and then draft a thorough report that was received by Synod.  I believe we should do the same on this issue, and not simply pass a resolution of witness.  This is more than a social justice or civil rights issue, but a matter of clearly articulating a Christian theology.  I believe we owe a clear theology to our church members, to the wider community, and to our sisters and brothers in the church universal.

I did not get to say that.  But the opponents who did speak included an interesting coalition of some conservatives, some very liberal queer folk, and representatives of the disabilities ministries.  And the resolution failed, by less than 1 percentage point.

And so it was a day in which we heard many voices speak on many issues, trusting that we are also listening to the Stillspeaking God. 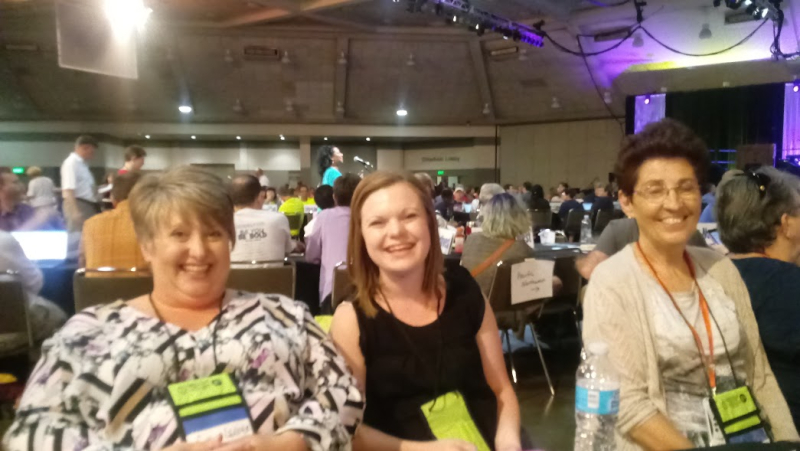