Knowing the Mind of God: A Tribute to Stephen Hawking 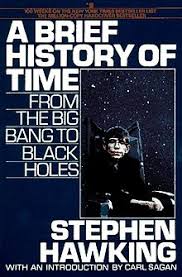 Most people would find the picture of our universe as an infinite tower of tortoises rather ridiculous, but why do we think we know better?  What do we know about the universe, and how do we know it?  Where did the universe come from, and where is it going?  Did the universe have a beginning, and if so, what happened before then?  What is the nature of time?  Will it ever come to an end?  Recent breakthroughs in physics, made possible in part by fantastic new technologies, suggest answers to some of these longstanding questions.  Someday these answers may seem as obvious to us as the earth orbiting the sun--or perhaps as ridiculous as a tower of tortoises.  Only time (whatever that may be) will tell.

This is the second paragraph of Stephen Hawking's A Brief History of Time.  I read the book in college, I think when I was 19, and his follow up Black Holes and Baby Universes a few years later.  Hawking was already iconic among my high school friends--we were all sci fi and science geeks.  And I was in a phase where I had a deep fascination in cosmology and theoretical physics (I read most of the works of Paul Davies while in college and then wrote my senior Honors thesis about his concept of God).

And this was the time when I was being drawn into philosophy, and metaphysics in particular, where these questions were explored.

Since childhood even up to this morning when I was listening to the radio one thing has been guaranteed to make me nauseous--the thought of why anything exists at all and yet the idea of nothing existing makes no sense.  Rationality breaks down and my head and stomach spin.  And yet these limits of scientific and philosophical quandary drew me inexorably on.

The concluding chapter to A Brief History ventures further into the realm of philosophy and even theology and spirituality.  If we can achieve a complete unified theory (or theory of everything) then what role is left for God?  The book ends with a  most fascinating paragraph:

If we do discover a complete theory, it should in time be understandable in broad principle by everyone, not just a few scientists. Then we shall all, philosophers, scientists, and just ordinary people, be able to take part in the discussion of the question of why it is that we and the universe exist. If we find the answer to that, it would be the ultimate triumph of human reason--for then we would know the mind of God.

The "mind of God" here should be understood in the Platonic sense--the highest reality in the Divided Line in the Republic.  Only the highest form of knowledge, a type of mystical contemplation, can know the mind of God.  From ancient wisdom we have understood that the limits of reason and scientific inquiry take us into the realm of mystical experience.  Here was a contemporary physicist developing a similar idea (Paul Davies argued that physics is a surer path to God than religion, for similar reasons, and even named a major work The Mind of God).

But it is still a grand hope and something to aspire to.  And Hawking is correct that could we do it we would achieve the "ultimate triumph of human reason."  Though it may just be that to achieve that highest form of knowledge we must transcend reason into the mystical.

A toast to Stephen Hawking for his brilliant mind and insightful ideas.  I thank him for helping to inspire me and launch the course of my intellectual life.

Scott, do you remember those quiz bowl trips when came up with the idea that the universe was like a mobious band? You dubbed it J-A physics after our last names. I always remember how silly that was, yet still a good thing. It was a bunch of curious people curious about the world

Vaguely. Thanks for the memory. What a fun group we were.

My pastoral prayer this morning was based on Stephen Hawking.