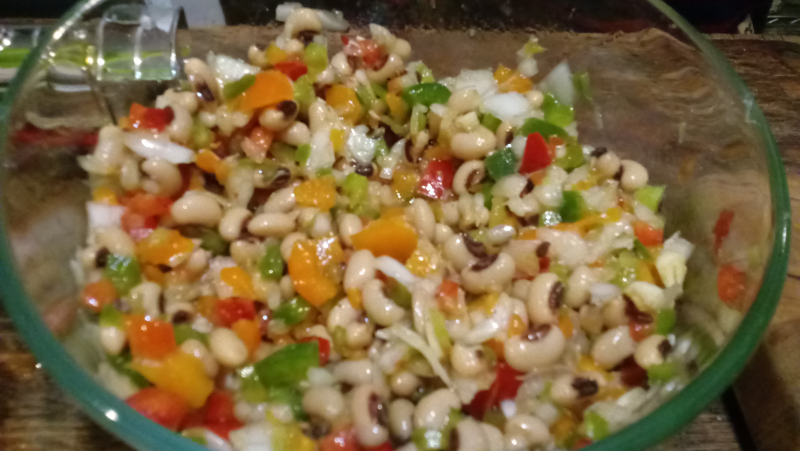 Recently I read The Cooking Gene by Michael W. Twitty, and it has inspired me to write a blog series on the role of food in my life.  Tonight was our book club, which I couldn't make.  But I went ahead and prepared the Texas Caviar I was going to take, using the opportunity to discuss foodways with our son Sebastian as he helped me to prepare the dish.

Texas Caviar is a black-eyed pea based dip often encountered at parties in Texas and surrounding areas.  I'm sure I was first acquainted with it in Oklahoma.

Now, growing up, I did not like black-eyed peas.  I thought they tasted like dirt in little packages.  Black-eyed peas were primarily fixed on New Year's Day when eating them was supposed to bring you good luck for the year.  My Mom generally cooked the dried peas in a pot of water with a hamhock.  I made this dish this year for New Year's when Mom and my sister Kelli were here visiting.  It made the house smell great. 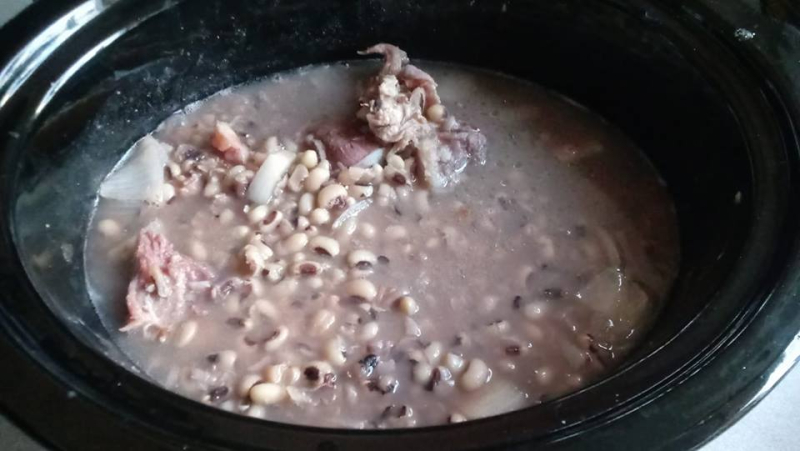 Michael Twitty writes about black-eyed peas.  They came from Africa.  In the Yoruba culture they "represent fertility, the eye of God."  He writes, "They were spiritually potent food long before our arrival in America."  He adds that because the Yoruba word for black-eyed pea is close to the word for beauty, "To ingest black-eyed peas is to become filled with beauty, and ancestral tradition."

When I read his description, I was surprised and excited to learn the African roots of a tradition my very white Oklahoma family practiced.

But, as I said, I did not like black-eyed peas as a kid or young adult.  I came to enjoy them later.  Probably my first decent encounter with them was as part of Texas Caviar, this dip.  But I only began preparing black-eyed peas myself when Michael and I, in the late Aughts, began hosting an annual New Year's Day Open House.

The tradition of the New Year's Open House, I got from Dallas, Texas, where I would be invited to a handful every year.  So, in Oklahoma City, Michael and I started that tradition.  And we chose to make foods from our family's ancestral cultures that were associated with the new year.  So, from his Filipino side we had rice and leafy greens.  I wanted to make a black-eyed pea dish, so I learned to make Texas Caviar.  In later years I also started making Hoppin' John, a traditional dish that definitely originates in the experienced of enslaved African-Americans, though I didn't know that history.  I had not grown up with that dish, but enjoy making it some years on the holiday. 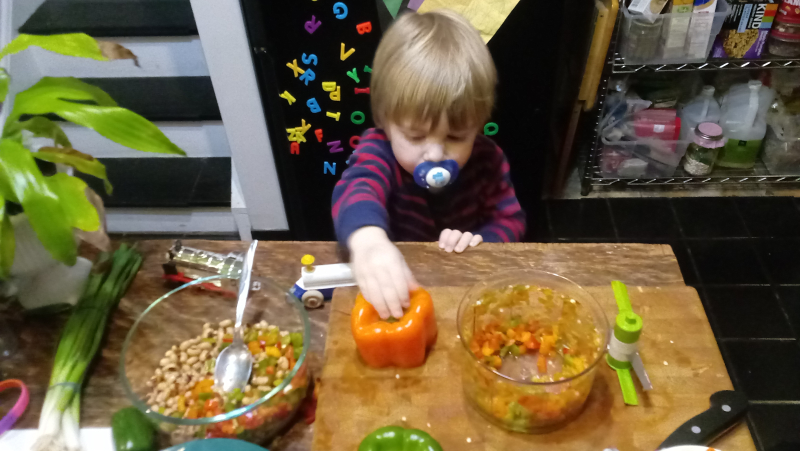 Since reading Twitty's book, I have tried to explain foodways and cultural connections to Sebastian while we are working in the kitchen.  I have always used this as time to teach him about food and good kitchen skills, but I have now added this element of culture and also a time to tell stories of my life and our family. 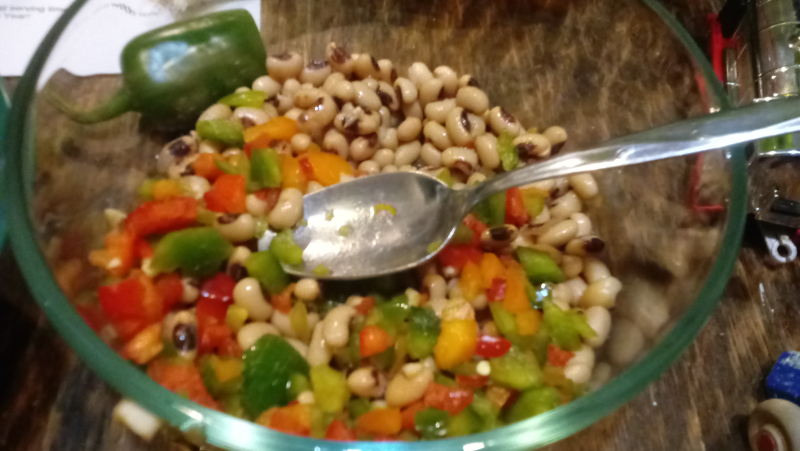 Tonight, as we prepared the Texas Caviar together, I talked about the fusion of sources in this recipe: black-eyed peas from African roots, peppers from indigenous American cultures, the garlic which is more European, along with the olive oil.  The rice vinegar might come from many traditions that cooked with rice, but the rice vinegar in our house is because of the Asian influences.  Then the tortilla chip with which to eat it coming from Hispano-Indian culture.

What I enjoyed about Twitty's book was opening up meal preparation to this sense of rich story and history and cultural mixing.  This dip I had first experienced from middle class white people is a rich blend of global cultures. 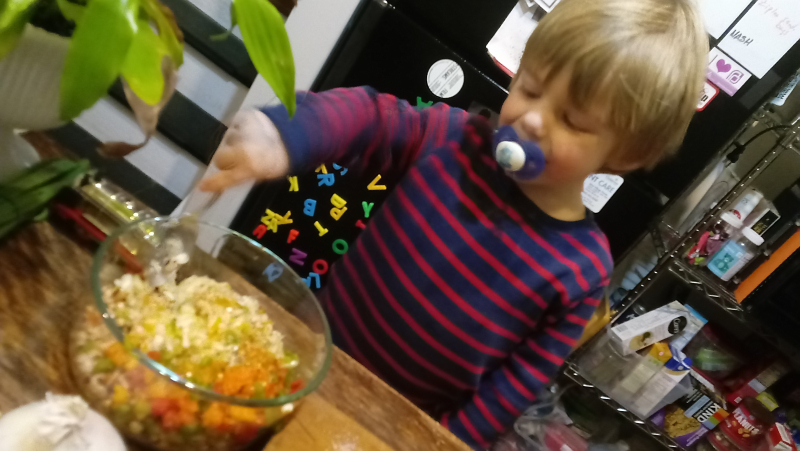