Home Archives Profile Subscribe
The Self
A Lenten Sojourn

300 Miles to Ranching Country for a Funeral

The weather report indicated that there was a chance I was going to drive into a snowstorm.  I didn't relish the thought.  Obviously.  But I still left my house at 5:30 a.m. Friday planning to drive almost 300 miles into north central Nebraska ranching country to attend a funeral of a woman I'd met twice.

Agatha Forsyth was the wife of one of my United Church of Christ clergy colleagues, the licensed lay pastor Diana Jahn.  Diana I have interacted with numerous times over the years at denominational meetings, always enjoying my conversations with her.  My fascination has always been that she was serving as an openly gay clergy person in a tiny country church.  There was a time when she and I were the only openly gay UCC clergy in the state.  I deeply admired in 2015 when she signed our Ready-To-Marry statement and the Lincoln Journal-Star focused on how even this small rural church was gay welcoming.

So, to honor my colleague, in more ways than one, I wanted to travel those hundreds of miles into a snowstorm for her wife's funeral. Purdum, Nebraska lies deep in the Sandhills, far from any major towns or highways.  The Sandhills are one of North America's most interesting and unique landscapes, though often overlooked for more dramatic mountain vistas.  The grass covered hills and small lakes and ponds make this ideal ranching country.

A few years ago Diana and Agatha were already living and ranching in Purdum, having moved there 13 years ago from Maine, when the church needed a new pastor.  The congregation itself asked Diana to become their pastor.  She received the training and was licensed to the church.

The forecast had predicted rain changing to wintry mix for most of my drive, but that held off.  Because of flooding and washed out roads and bridges, the quickest route wasn't the most direct.  I traveled west along I-80 to Grand Island, Nebraska and then turned northwest for more than two hours along the Sandhills Scenic Byway of Highway 2.

In Broken Bow, Nebraska, almost four hours into my journey, sleet changing to snow began to fall.  It quickly became very thick, covering the road, and making travel slippery.  I began to contemplate turning around.  I feared driving into more remote country (and spotty cell coverage) with bad weather.  Plus, the snow was slowing me down such I feared I wouldn't make it on time, but I only had a little more than an hour left to travel, so I continued forward wondering what to do, when suddenly the heavy snow let up and the road became easily traversable again.

An hour later there was a lovely moment as I rounded a bend in the road which lies in the river valley of the Middle Loup--the Burlington train was moving west along rails lying beside the highway, a lone cow was grazing in the foreground, the Sandhills were rising in the background, and Classical music was playing on the radio. I arrived in Halsey with time to spare, so drove on past my turn to see the Nebraska National Forest.  If you are puzzled by the idea of a national forest on the Great Plains know that the forest was hand planted.  While driving through the forest, a massive hawk flew majestically overhead.

Purdum, an unicorporated village, lies 18 miles north of highway 2 at Halsey, and those 18 miles are directly through the abrupt rolling hills of the Sandhills.  What a fascinating landscape with almost no trees or shrubs and only the occasional turnoff for a ranch.  I wondered what the drive will be like in a few weeks with green grass and wildflowers. 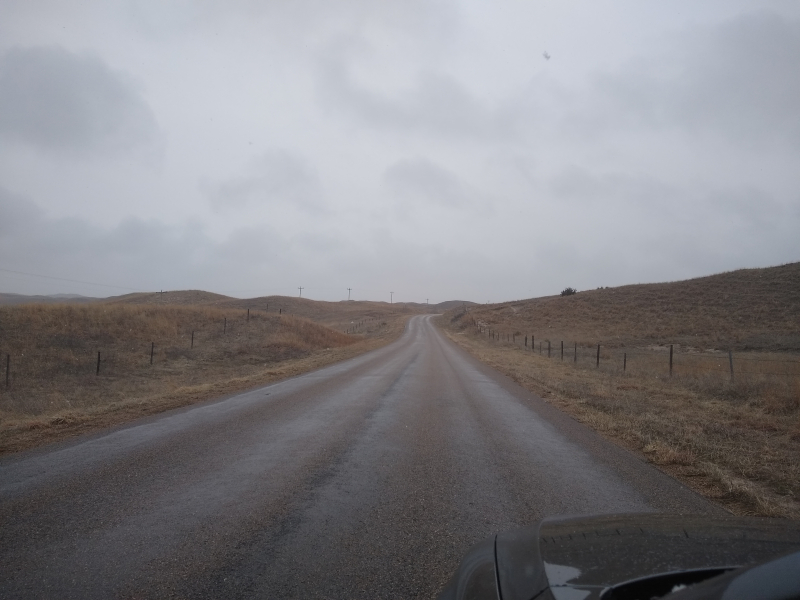 And suddenly there's Purdum, with the church as the primary public building.  The place was full, as it seems the surrounding community all turned out.  Nine of Diana's clergy colleagues were in attendance, almost all from the eastern side of the state, so we shared our adventures in driving that early morning.

The music for the service included "Somewhere Over the Rainbow," Whitney Houston's "I Will Always Love You," Bette Midler's "Wind Beneath My Wings," and closed with k. d. lang's version of Leonard Cohen's "Hallelujah."  One of Agatha's friends celebrated "this marvelous, crazy woman."  The eulogy was delivered by a local woman who talked of how central Agatha and Diana have been not only to the church but the community.  Near the close of her remarks she thanked Agatha and Diana for teaching the community "not to judge."

And I found myself crying after those words as Bette Midler sang on the recording.  Here in the remote ranching country of the Sandhills was this wide, inclusive, gay-affirming embrace of the Christian church.  In a place that stereotypically it would be least expected.  And it was being honored and celebrated. 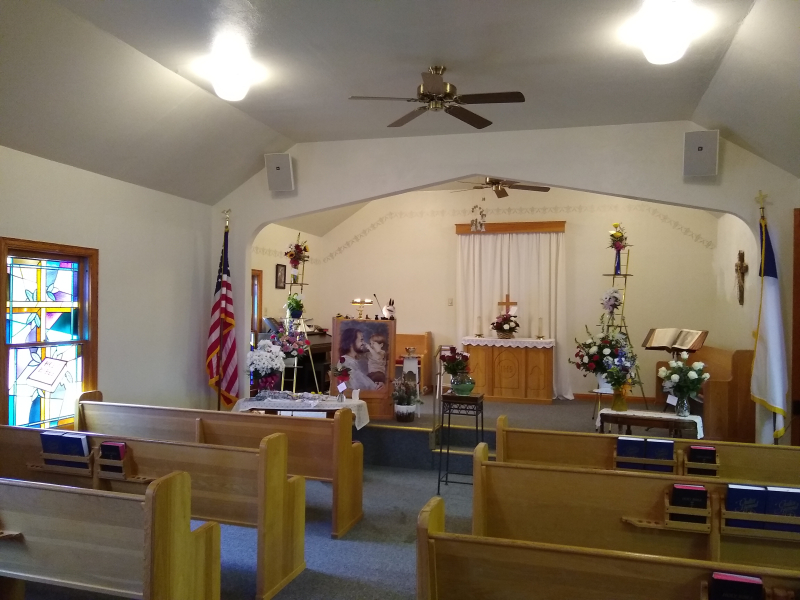 After a delicious country funeral lunch with multiple pasta and jello salads (maybe 7 of the latter?) and a smorgasboard of desserts (I limited myself to three), I got on the road for the return trip.

The radio kept warning about the snow in western and north central Nebraska, but I hadn't needed a coat in Purdum and there was very little precipitation until once again I neared Broken Bow where it started in almost the exact same place it had stopped for me en route almost four hours before.  Now Broken Bow was covered in what looked like 3 inches of snow.  It snowed until the other side of the town.  In my entire 600 miles of driving it snowed only in Broken Bow, both coming and going.  So odd.

In Grand Island I stopped for coffee with the Rev. Stephen Mitchell and his husband.  Stephen has been pastoring our UCC church there since last year, but we hadn't yet had time to really sit down and get to know one another.  I needed the stop, as I was beginning to tire, but the rest fortified me for the final leg home. Stephen and Paul have 30 grandchildren.

I told Stephen I had joked with Michael that morning, "I'm on my great gay clergy tour of Nebraska, seeing all three of us."

I arrived home around 6:30, 13 hours after leaving.  Michael had fixed a delicious dinner of roast pork.  After dinner it was my night for bedtime routine with our son. 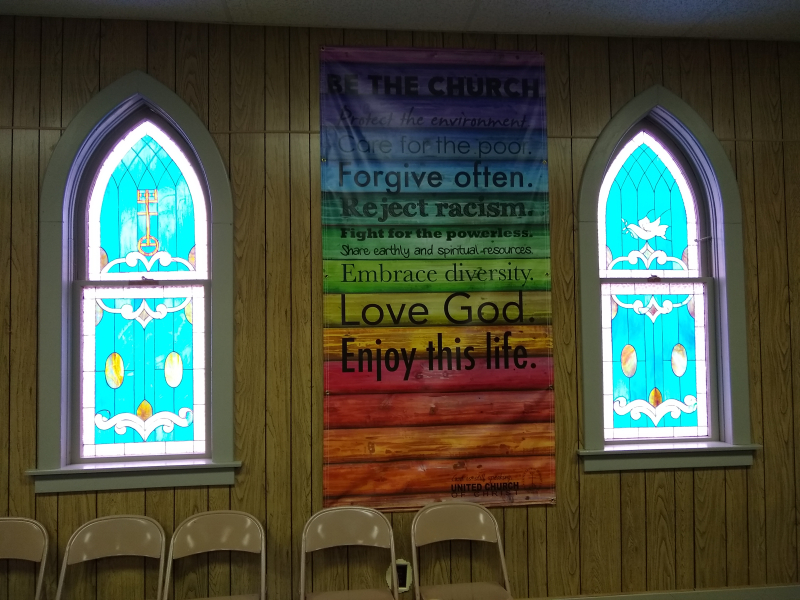 Beautifully written. Thank you for this.

"the great gay clergy tour" - nice line. the great can modify gay clergy or tour or I suspect, both.