The Human Condition by Hannah Arendt
My rating: 5 of 5 stars

Brilliant. Odd and unique but brilliant.

When I was in grad school Arendt wasn't treated as a necessary part of the canon. It's only been in the last decade that I've read her. And her reputation seems to be growing.

At the beginning she states as her goal to reconsider "the human condition from the vantage point of our newest experiences and our most recent fears" with the aim of getting us "to think what we are doing."

What follows is a careful review of the philosophical tradition and what can be learned about it to help us better understand human life and what we have arrived at in the contemporary era. Near the end she reveals her fears that we are headed to an time of tranquilized passivity but hopes that at least some people will think about what's happening and reorganize our political life.

There isn't a clear political program here, but a desire for humanity to better understand itself in order to then reimagine our political arrangements for our contemporary age.

And unlike some of the reviews, I found it a quick and easy read. Her arguments build slowly and carefully.

Theodicy: Essays on the Goodness of God, the Freedom of Man, & the Origin of Evil

Theodicy: Essays on the Goodness of God, the Freedom of Man & the Origin of Evil by Gottfried Wilhelm Leibniz
My rating: 3 of 5 stars

First an explanation of what it means to "read" 500 pages of old philosophical prose--you skim through sections looking for the good, engaging material, the new idea, the argument you really want to focus on. You don't always painstakingly read every word.

For a while I was overwhelmed by the thoroughness of this book, so unlike Leibniz's Discourse and Monadology which are short and succinct. But eventually I grew deep admiration for Leibniz.

For one, he may have been one of the most well-read intellectuals ever. The sheer breadth and diversity of figures he sites is incredible, some of them now minor or forgotten folk (like his detailed discussion of the supralapsarian theologians). This contrasts with what I read about Descartes last year in a biography, that he didn't like reading other people's books.

Also, Leibniz will spend pages and pages trying to fully grasp another authors arguments, sometimes presenting it in a better light than the author themselves did, before then refuting it with objections.

So, a monumental intellectual achievement . . . but I still disagree with him about most of his conclusions. I am not persuaded that this is the best of all possible worlds, that pre-established harmony is the solution to the mind-body problem, and more.

A few years ago when I read Gary Dorrien's The New Abolition, I posted a series of blogs about the book, particularly the various figures he discussed.  At the time this was the third book I'd presented in this way, also having done so with Amy Kittelstrom's The Religion of Democracy and David Brooks's The Road to Character.  Dorrien's book was his attempt to do something he thought lacking in the history of American religion--discussing the various movements in black religion in the late 19th and early 20th centuries that led to the development of a distinct theological tradition of the black social gospel.

Now I've begun reading his second volume in this history, Breaking White Supremacy, which takes us from the 1920's up to Dr. King.  Part of Dorrien's aim is to show how King stood within a rich, well-developed tradition. 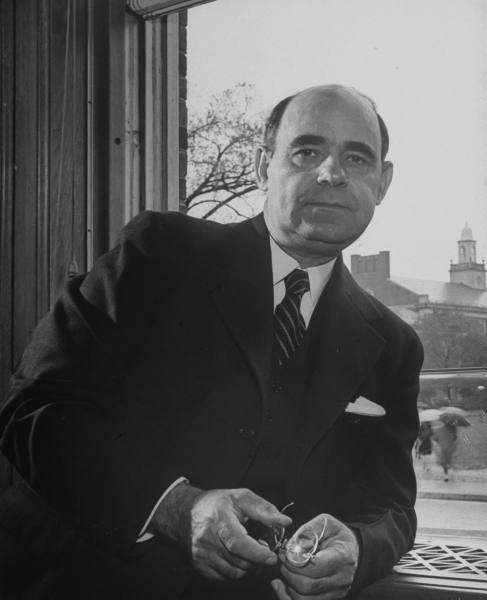 The first figure discussed in this new volume is longtime Howard University president Mordecai Johnson.  As with many of the figures Dorrien writes about I have previously known either nothing or very little about them.  Reading about Johnson fascinated me.

Johnson's mother Carolyn named him after the character in the Book of Esther, believing that her son has a special mission in life.  He used education as a means of advancement.  At the University of Chicago he experienced modern science, liberal theology, and socialism, merging both with his Christian faith and throughout his life advocating that Christians should never fear knowledge.  Otherwise the faith would face a credibility problem.  Dorrien writes, "In Johnson's experience education was liberalizing and empowering, and he wanted as much as he could get."

At Rochester Seminary he soaked up the social gospel theology of Walter Rauschenbusch.  Johnson wrote in a letter, "Religion is going to be a great factor in the new adjustment.  There never was such a reformation as we are now on the verge of.  This religion reemphasized with new aspects to suit the modern needs will bring forth great moral and spiritual engineers.  God grant that I may be one of these among my own people!"

In his early preaching career in West Virginia, he advocated three themes: "'the brotherhood of man,' the necessity of Christian unity, and the Christian mission to build the kingdom of God."  He preached, "If the church is to live there must be a Christian movement to give reverence to human personality, a movement to use all the forces of modern knowledge and technology to build a social order which will raise and enlarge the life of every human being."

Also, "A selfish human being is a monstrosity, is a monstrosity.  Any human being who lives for himself and himself only is a monstrous creature.  The very foundation of his life is the basest of all human qualities--ingratitude.  For a man to be selfish in such a world as this, he must shut his eyes and his mind and his heart to all the great things that he has received from the human race."  Selfishness was the root of sin, even racism and lynching ("the most diabolical crime in the universe").

In 1922 he spoke at Harvard's commencement and gave a powerful speech on  American racism.  Dorrien summarizes "Johnson still believed that Christianity and American liberal democracy--'our American faith'--offered the best and most light.  But the actually existing United States betrayed both."

When Johnson went to Howard, as the first black president, he wanted to build a major and influential institution that would promote blackness.  His time was filled with controversies, and some viewed him as an overbearing leader.  But he succeeded in building a black intellectual powerhouse that trained leaders of the civil rights movement.

He was an early supporter of Gandhi, believing that the movement against Jim Crow had much to learn from him.  He viewed Gandhi as "the epitome of true religion."  He spent forty days in India in 1949.

Democracy is "the highest friendship that we have known."  It must be built upon respect for the human dignity of all people.   Moreover, anyone who opposed the sacred worth of the individual was not a Christian.

Johnson praised King: "You have led your people on a victorious pathway seldom tried in human life.  You have shown them how to mobilize the fullest powers of their souls for effective resistance to evil and who to overcome humiliation and abuse without violence and without hatred in deed or in words."

Posted at 11:30 AM in Books, History, Race and Racial Issues, Theology | Permalink | Comments (0)

On Earth We're Briefly Gorgeous by Ocean Vuong
My rating: 4 of 5 stars

Magnificent! If he has this much talent and skill at such a young age, I can't wait to see what he produces later in his career.

The Charterhouse of Parma

The Charterhouse of Parma by Stendhal
My rating: 1 of 5 stars

There are some amusing passages in The Charterhouse of Parma, particularly the early sequence of young Fabrizio running around the field of battle at Waterloo seeking meaningful adventure but stumbling into one misadventure after another.

What most surprised me was that this book read like a much older style of novel, with a weird series of various plots all piled up together with almost no connecting thread and no psychological depth. By the time Stendhal wrote the novel had already reached well beyond this state.

Almost every interesting and good turn to the story is immediately followed by a completely wasteful development. And the ending was awful.

The Wounding and Healing of Desire

The Wounding and Healing of Desire: Weaving Heaven and Earth by Wendy Farley
My rating: 4 of 5 stars

I first read this book in 2016 and gave it only three stars. Last autumn I was looking over part of it to use in a sermon and what I read really resonated, in a way I didn't remember it resonating before. So, this winter I've re-read the book and this time I found much that I really liked. I highly recommend it if you are someone who has been deeply hurt and are looking for healing spiritual practices?

2016 review
How do we respond to and spiritually mature through our suffering? A worthy contribution to spiritual theology standing in the tradition of some of the great mystics like St. John of the Cross, St. Theresa of Avila, Simone Weil, etc.

Carnal Knowledge of God: Embodied Love and the Movement for Justice by Rebecca M M Voelkel
My rating: 3 of 5 stars