At Home: Finding a Rhythm

After my rough patches on Thursday, which I wrote about here, I feel like the last two days we've found more of a rhythm, though I've still had my moments of tiredness, lack of patience, anxiety, and irritability. 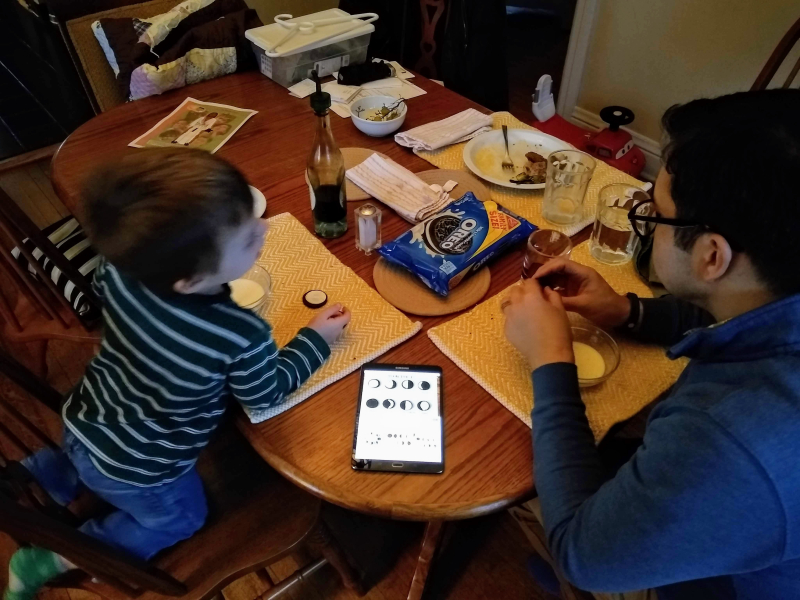 First some Dadda's Preschool updates.  We learned about moon phases with Tatay using Oreos.  We figured out ways to do physical education inside on a cold day by creating obstacle courses to run.  We enjoyed the Zoom meeting that his preschool put together and will be doing every weekday morning so all the kids can see their teachers and each other.  Because the skies were going to be clear, we finally got out the telescope, which Sebastian has become very interested in.  Some new books we ordered arrived and we've enjoyed reading them.  And this morning we started our project of making a model solar system.  We blew up the balloons and cut the newspaper into strips and tomorrow will begin the papier mache.  Here are a few photos: 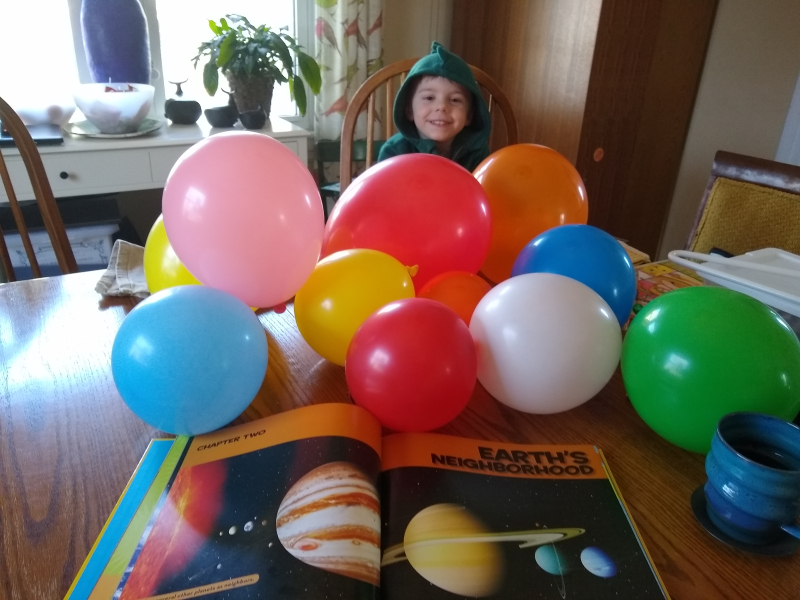 I'm really proud of the way Sebastian's holding up, though he's had his moments too.  I think he's grown up a lot in one week.  It's been particularly nice to see him helping even more with the daily chores and doing so with enthusiasm.  This morning he got his toolbox out so he could fix some broken things around the house.  His future spouse will hopefully thank me and Michael.

Yesterday I enjoyed some good cooking and baking time, a nice therapy.

This morning I also finally found some time to catch up on reading various sites I usually follow closely.  Politico had a thorough discussion of ways that the Coronavirus may permanently change society.  I think this speculation may be a little early, but was interesting to read nonetheless.  Many thought that 0n-line education was a permanent fixture now, though one thinker thought the opposite.  An entire generation will be tired of on-line learning and will long will old fashioned human engagement.  I liked that idea.

Another article a couple of weeks old and so maybe already a little dated though still interesting, was a philosophical analysis of costs and benefits in order to evaluate what are the rational responses to the virus.  One interesting consideration discussed there--are the longterm effects to young children worth extending the lives of the elderly by a few months or years or will the current public health decisions inflict a greater longterm harm?

In the morning I did find myself shedding a little tear at the news of Kenny Rogers's death.  Not that I was a big Kenny fan, but he was such a major star and fixture of popular culture in my early childhood, when I was the age of our son.

Tomorrow our First Central worship service will be streamed live at this link.