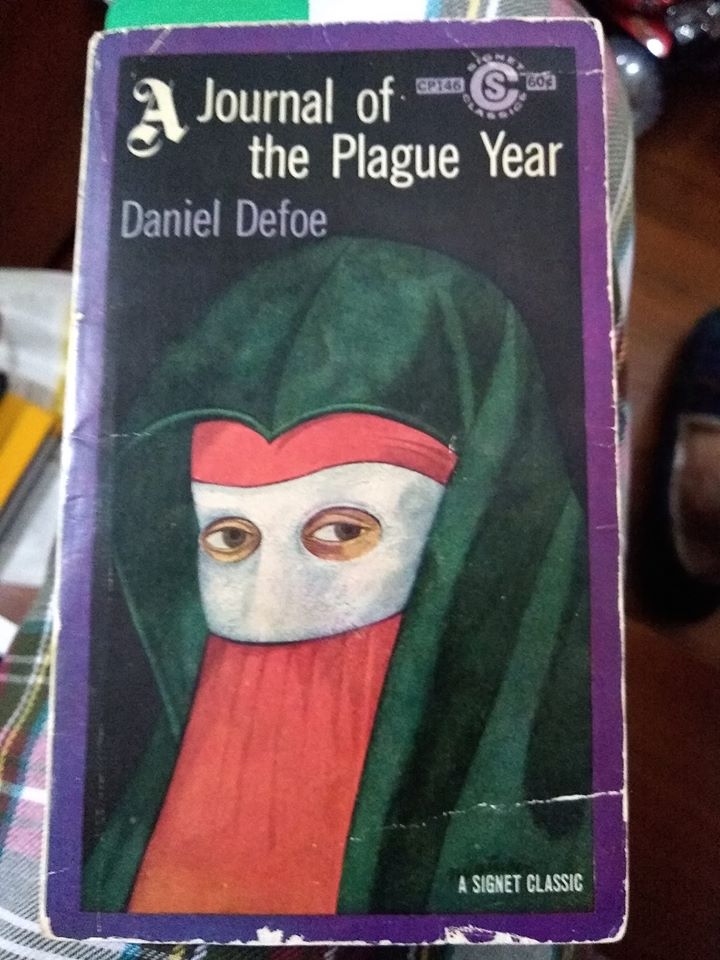 Daniel Defoe, in A Journal of the Plague Year, which I'm currently reading having intended to read this year even before the pandemic, writes this key paragraph:

Now let any man judge from a case like this if it is possible for the regulations of magistrates, either by shutting up the sick or removing them, to stop an infection which spreads itself from man to man, even while they are perfectly well and insensible of its approach, and may be so for many days.

To that end, I recommend Thomas Pueyo's "The Hammer and the Dance," which does the best job of anything I've recently read about the best current steps and what comes next.

Even so, there are other voices.  As with any scientific question, there are unknowns.  There's this piece I read on Towleroad entitled "What's the Best Path Forward?"

Part of the value of reading Defoe, or any of the other classic works of plague literature, is that we so often live in the fierce urgency of the now, and historical perspective gives us some sense of what has always been case and the ways our time is not unique.  Also that this too shall pass.

One of my main worries last week was that I saw so much focusing only on one dimension of the problem--the medical questions of the virus (or secondarily the economy) but less about all the other well-being and moral issues implicated.  This week there does seem to be more of that, including more articles about mental health impacts of social isolation, the rise in domestic violence that has already occurred after only one week, and this article in The Atlantic "The Kids Aren’t All Right" about the lasting effects this trauma will have upon a generation of children.  I also had an engaging conversation with a professor of gerontology on Saturday who thought that nursing homes should be providing residents a choice instead of placing them unilaterally in lockdown.  Her reasons were that lack of visits from family and friends are proven to shorten life expectancy, so residents should be offered the choice of whether they want to run the risk of the virus and still be with family and friends.  This is vividly brought to light in my own congregation by a member who was already in hospice and yet now doesn't have those visits, at a time when she would normally be surrounded by people loving her into death.

Defoe has this (among other things) to say about churches in the midst of the 1665 epidemic in London, "Indeed nothing was more strange than to see with what courage the people went to the publick service of God even at that time, when they were afraid to stir out of their own houses upon any other occasion."  He writes about the courage of ministers staying in town and ministering to the citizens.  We are, of course, doing it differently in 2020.  Most of our connections these days are virtual.  This week's staff meeting was inspiring as we now are getting a little more used to everything and are beginning to come up with more innovative and interesting ideas for what to do.  Also this week we will be rolling out more of our programming.  The staff meeting was one of the things that yesterday helped to lift my mood. 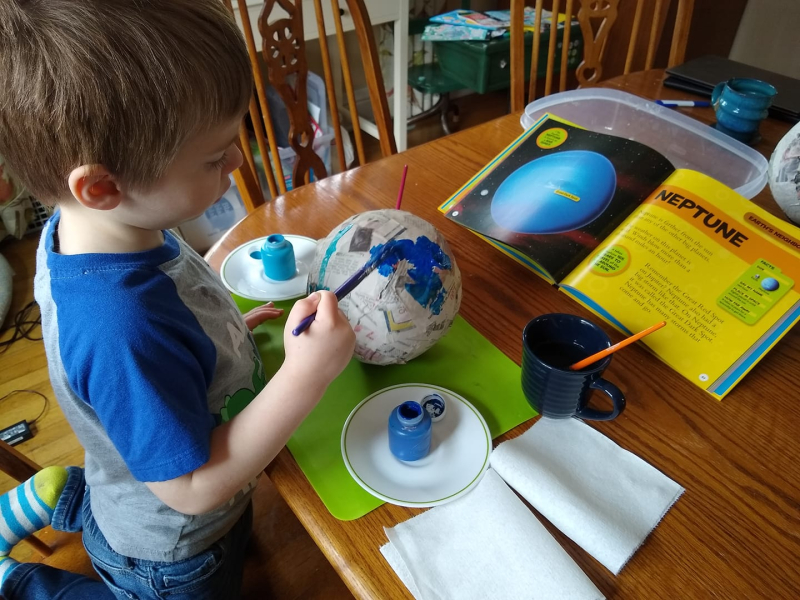 At Dadda's Preschool today was about the planet Neptune, which included painting our papier mache planet.  We also spent a good hour outside with Sebastian riding his bike and walking the church's labyrinth (which I recommend if you can get over there some day on your own).  While walking and biking the labyrinth, Sebastian kept asking, "Is this the right path?" 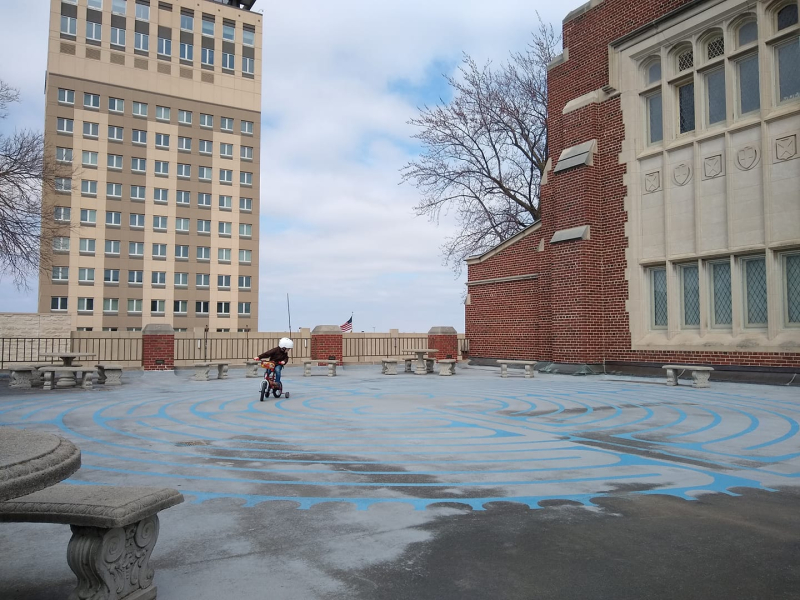 I also seemed to have a lot more work to do today.  I didn't come near to completing my to do for church or here at home.

Yesterday's paper in Omaha reported that our citizens are doing a good job of following the guidelines.  Fingers crossed.