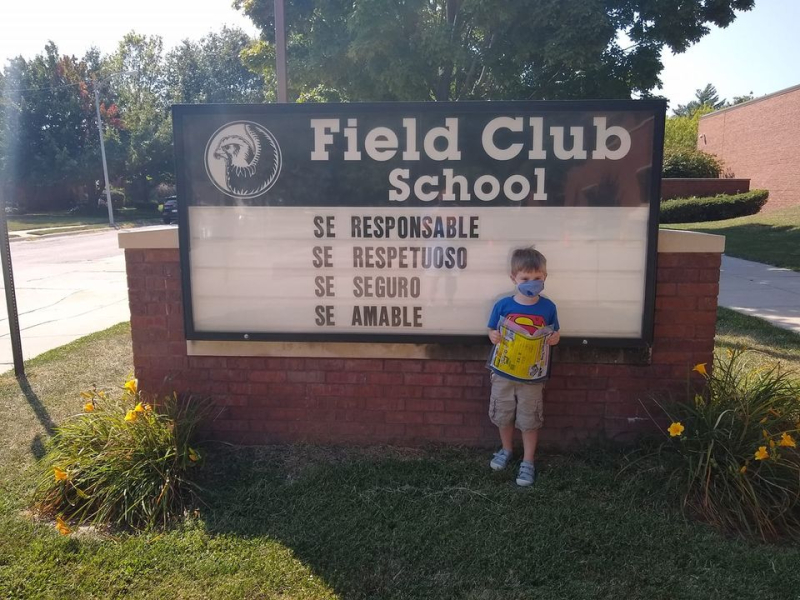 Sebastian and I have gotten into a decent routine this week, and I've been able to get more work done while attending Kindergarten than I expected, but generally only stuff like answering e-mails, but nothing that requires too much creativity or focus.

Breaks are fun--light saber battles and tossing balls around.

During bedtime this week we finished our first big boy book--The Lion, the Witch, and the Wardrobe.  I had tried the book once before when he was younger, but it was too early.  He was really into listening to it this time as we've read it over a few weeks.  And it was a joy to watch his excitement responding to various plot points and particularly as we neared the end.  Which of course has a great old fashioned "The End."  Now he can't wait  to move on to Prince Caspian.

Funny thing--I suggested maybe reading The Horse and His Boy next, but Sebastian said, " I think we should read them in the order that the author intended."  No argument here.

During non school times, he's been enjoying exploring his iPad some.  He's taken lots of pictures, really enjoys the drawing app, and yesterday, with new headphone provided by the district, was record himself talking.  "I don't want you to listen, Dadda.  It's really scary."

Last week he traded his toddler scooter for a razor that was in the church Thrift Shop.  He's taken to zooming back and forth to church with me on it and then riding around the church hallways.

I've been wondering this week what I most remember from Kindergarten:

What do you remember from Kindergarten?