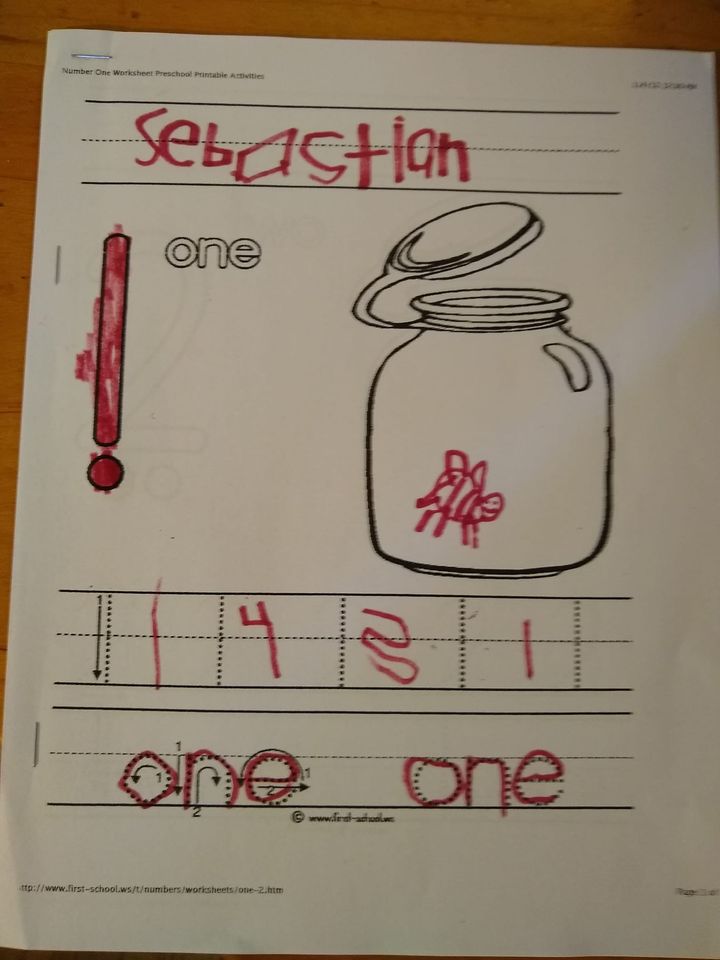 So, last Friday, after I had already posted my thoughts for the day, we received an e-mail from Omaha Public Schools stating that parents had been listened to and that hours of online instruction for K-2 would be dramatically decreased.  Other changes included more breaks, a longer lunchtime, and that specials would be optional.  Some of these things our particular teacher had already been doing, but we had heard horror stories from other friends, including one couple whose son was online for seven hours the first day of Kindergarten!

For our class the new schedule went into effect on Tuesday.  The bulk of instruction is in the morning.  One downside has been that now we get one twenty minute break in the middle rather than a couple of smaller breaks, which I actually think is better.  The extra length to lunch isn't relevant for us, as his required time is over before lunch, but I am glad to not have to be rushing to get back on at 12:20, especially because we often moved from the house to my church office during the break.  Now we can have a more leisurely and relaxed lunch.

Specials have been moved to 3 p.m. and are now optional.  Of course it's not idea to label music and art as optional.  And 3 isn't the greatest time.  He doesn't have much focus at 3 even if it comes after a long break.  This week he hasn't tuned in much to the specials as I had scheduled most of my stuff in the afternoons and wasn't going to reschedule (the thing on Friday had already been rescheduled twice as OPS kept changing the school schedule).

On Monday we tuned into "music" class but fifteen minutes in, when we still hadn't done any music, he wanted to log off, so we did.  For a kid who loves to sing, takes piano and dance, he was very much looking forward to and was quite disappointed by that experience.

I must give credit to the PE teacher for having done the best to adapt her subject to the online format.  And that seems ironic, as you can imagine she was the one teacher least likely to be using much tech in her normal classes.  He had a lot of fun with yesterday's class, but logged off after about forty minutes.  I'm not sure why they are sticking to a one hour format for these classes with the online delivery method.  Thirty minutes would be sufficient.

This week we've done more math and he's really excited about it.  He keeps wanting to work ahead though and the teacher has cautioned against that.  This made me reflect on my time, as a high school senior, serving on my school system's committee to research and implement outcome based education, which allowed students to move at their own pace with more individualized work.  Whatever became of that model?

One thing that has been added to the schedule is one hour of one-on-one instruction a week, divided into two thirty minute slots.  I think this is a marvelous addition and look forward to that happening next week.

I've spent all week sitting beside him at the work table, and I think that's helped.  We do lots of the activities together, and I ask supplemental questions.  Sadly, I've got some of the songs stuck in my head already; one night, I awoke in the middle of the night, with one playing on repeat in my brain!

I continue to struggle with the teachers insisting that students sit quietly and listen with nothing in their hands.  I can get Sebastian to sit and listen and participate, but he needs to be drawing, painting, building something if there's not an activity going on at the time.  But he's been called out a few times, to my chagrin.  A friend who does online corporate training messaged me about how in that world they understand even adults need things to do to occupy their hands while engaging in online learning and how much more that is true for five year olds.  This friend sent me a lot of articles and research to read on the subject.  After doing all that reading, I finally messaged the teacher about it today.

I must say I struggle with the aspects of education that try to create conformity of behavior.  I struggled with that myself as an elementary student.  It's been nice to read a few of my friends saying the same about their educational experiences (including one in her nineties).  I don't want him to associate learning with someone's definition of proper behavior.  I understand the need for classroom management, but also know how vital play, movement, and creativity are to his brain at that age.

One more comment.  Every day the class goes over its five rules.  The fifth rule is "Keep your dear teacher happy." I get what she means by that but I also find it really creepy. Almost Orwellian.  In particular the "dear" which associates too closely in my mind to "Dear Leader."

Sebastian did turn in his first homework (see above)!