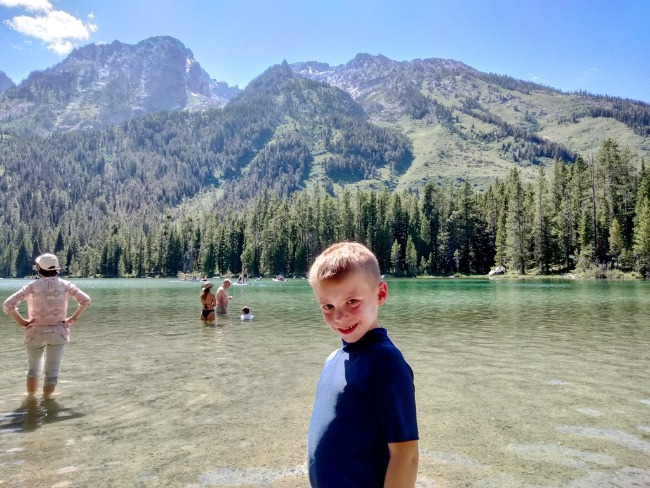 We were in this glorious beautiful place to swim--String Lake--with the family from British Columbia we met at our campground, who also had a seven-year-old.  We had to leave after only a couple of hours because I had tickets for the Jackson Hole Rodeo.

Sebastian had never been to a rodeo.  Rodeos seemed to be one of the things to do in Wyoming.  I hadn't been to one in a long time, and the last few were the Oklahoma Gay Rodeo. 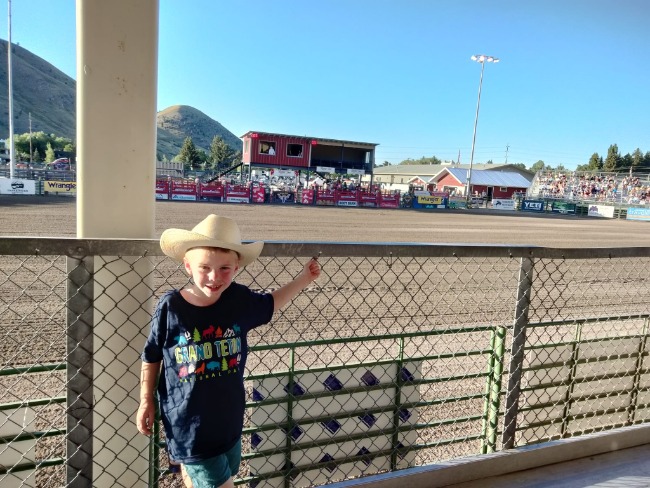 But growing up I went to the county one every year.  My grandfather had roped calves--I have his lasso.  And when Dad was a kid they traveled the rodeo circuit some.  So, while I might currently have some ethical qualms about rodeo and my life really isn't in that cultural milieu, there was a sense that I have roots in that world.

The Canadian mom said she was curious to see what my reaction would be.  And I was too. 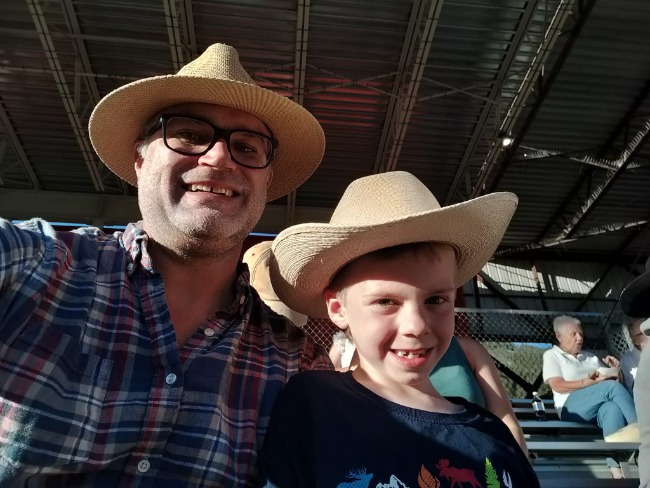 And I had to much fun.  And qualms.  And a little queasiness at some of the cultural aspects.  But also so much fun.

Rodeos aren't quite what they were when I was younger.  Like all entertainment, it is not constant spectacle.  The loud music never stopped.  The emcee was never quiet.  There was always something to fill the gaps between the action.

Also they were wearing helmets and pads.  Definitely didn't wear that safety gear when I was younger.

Sebastian wasn't quite sure what to make of the experience.  Some of it he liked.  Some of it he didn't.  Some of it thrilled him.  More than once he'd say, "Did you know they were going to survive?"  Sometimes he cheered for the cowboy or cowgirl, and sometimes for the bull or horse (as one should).  He was quite shocked that kids had their events too.

The Jackson Hole Rodeo had all the kids in the stands come onto the field for a sheep scramble.  Sebastian really enjoyed that--racing across the arena.  He said he got close to the sheep, but not before someone else got the winning bandanas.  If he'd only been in his fast shoes instead of sandals. 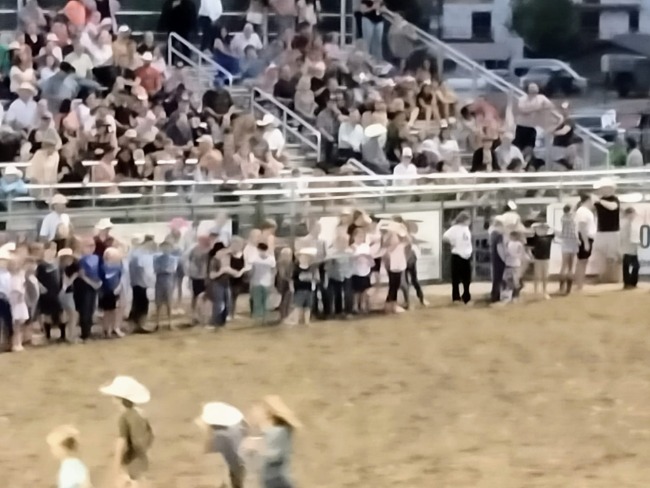 He also liked the mechanical bucking bison he rode.

But then he wanted to leave early.  Which was fine.  We got ahead of the crush of cars by about ten minutes.