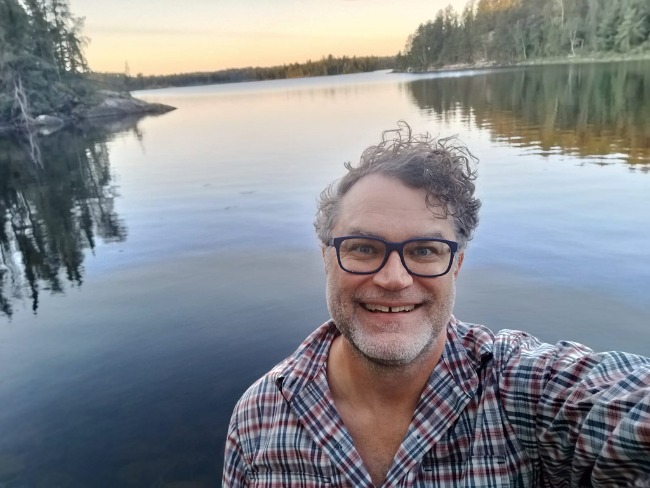 On our final day in the Boundary Waters Robyn said that she had expected to feel deprived of something at some point in the trip--hungry, cold, lacking something essential, etc.  But, she said, it hadn't happened.  She didn't feel as if she lacked or was deprived of anything.

I honestly felt that we never needed something we didn't have, that the trip had gone incident free (despite the rain and thunder and her journey down the rapids), and that it had only added things to us rather than deprived us of anything.

And with that calmness and sense of satisfaction, we packed up our campsite Monday morning, but also made sure to take the time to sit and drink a couple of cups of coffee and take in the view one final time. 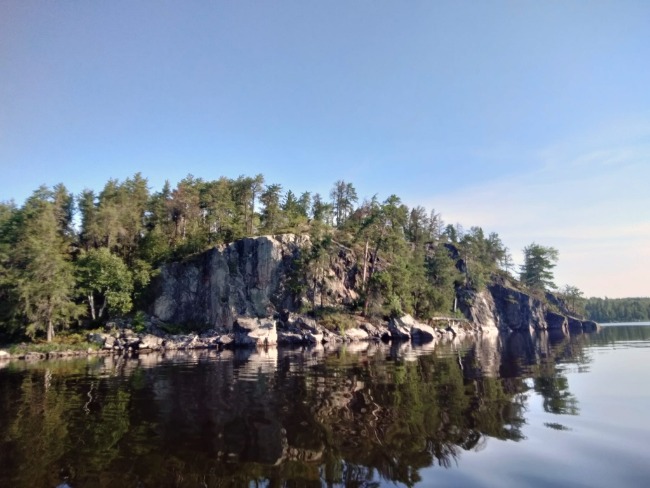 Then we set out for the return journey, the eleven miles of canoeing we'd done a few days before.

And what a glorious day it was.  Clear blue skies, temps in the sixties and seventies, calm water, and no people.  It was the longest time before we ran into other people.  And only in the last hour or so of our rowing did we encounter a lot--that days allotment of new folks canoeing into the wilderness.  In other words, the day was heavenly.

We didn't talk much, but took it all in. 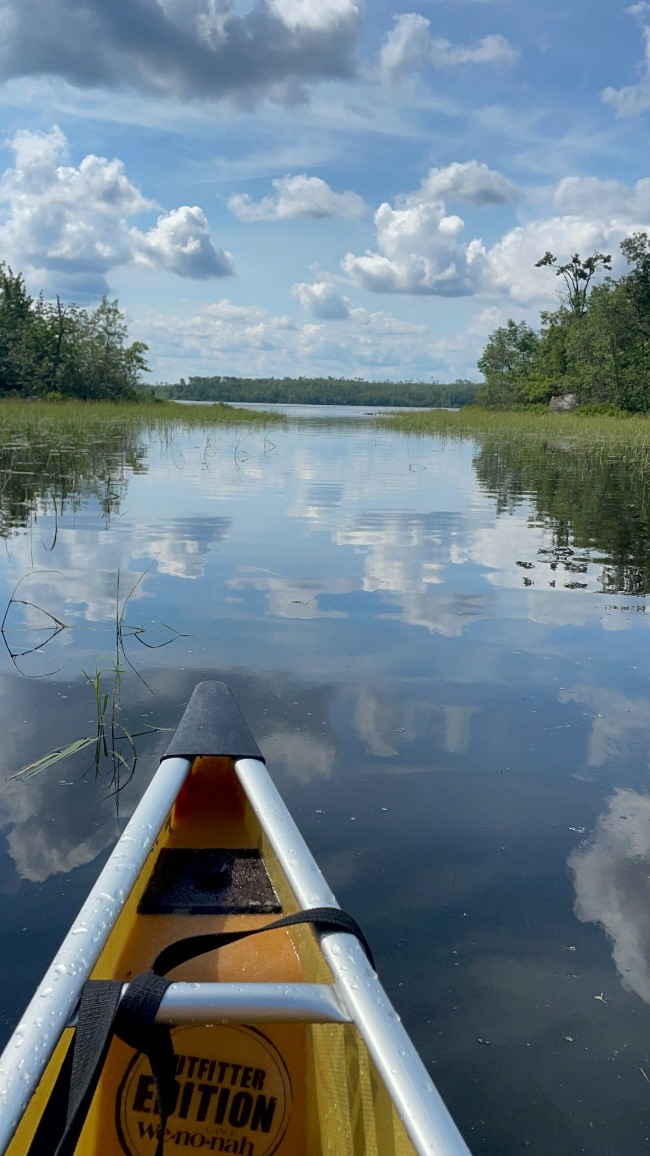 By the second portage the heat was approaching eighty and the sun was starting to beat down and I finally began to feel the energy draining, but we then only had a little ways to go.

We arrived back at the boat ramp at Fall Lake and began the process of loading the car.  After a quick and easy experience dropping everything at the outfitters, we headed to the liquor store for some beer to drink while we were taking turns showering at the motel. Long, luxuriant showers. 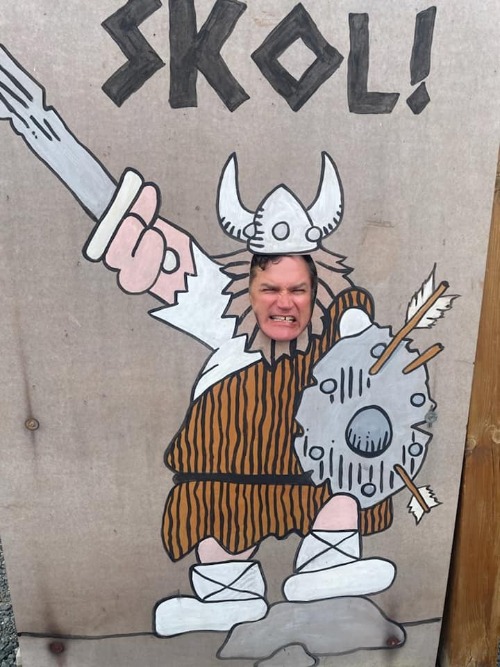 Then some downtown shopping, dinner, more beer, some TV, and comfortable beds.

Tuesday morning we grabbed coffee and breakfast at a great little shop that also was an art gallery ( I bought two pieces of pottery and a watercolor painting).  I loved the vibe and would clearly hang out there if I lived closer. 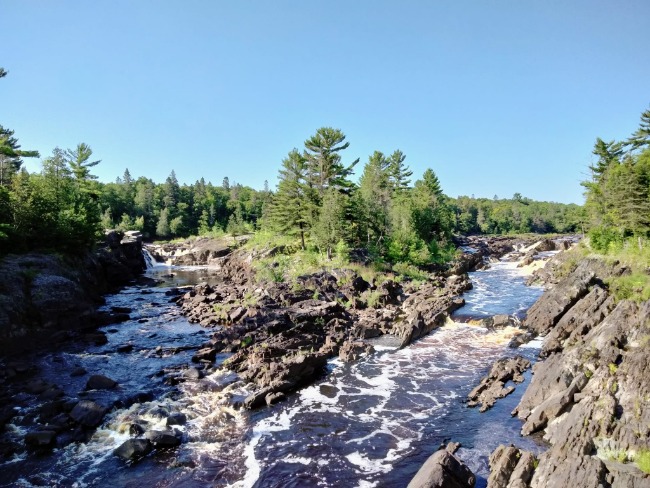 Then we drove through the beautiful Superior National Forest to Duluth and the shores of Lake Superior (Robyn's first time to see Gitchee Gumee).  We also briefly stopped at Jay Cooke State Park, which I had seen in someone's Facebook posts earlier in the summer.  After that, we just drove the long and boring journey back home.

On the trip I read Conor Knighton's Leave Only Footprints, which ends with the line "I always want the moment of nature to last just a little bit longer."