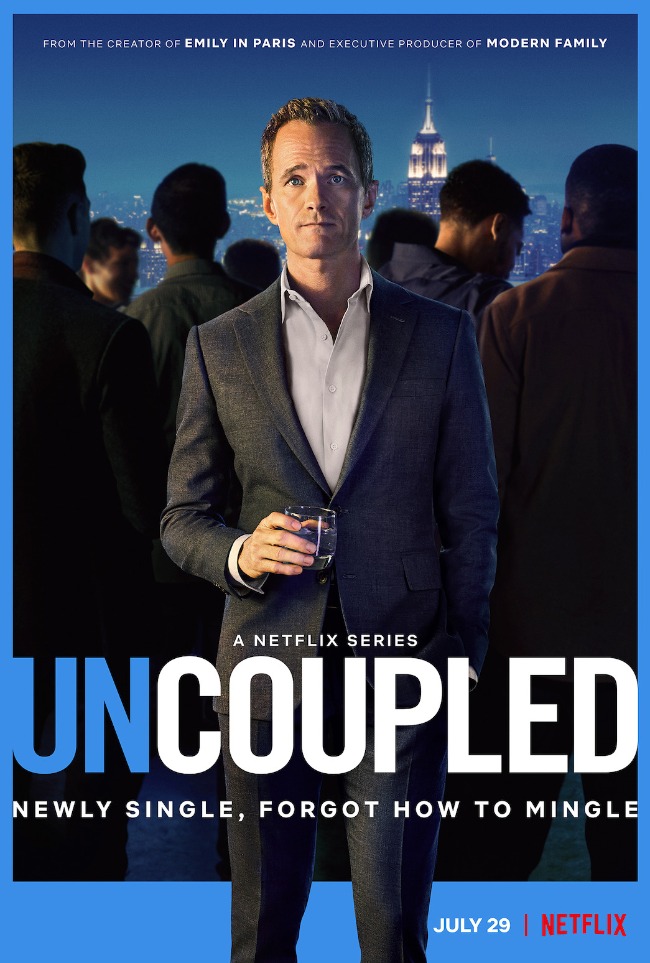 Over the weekend I finished season one of the new Netflix series Uncoupled, about a late forties NYC gay realtor whose partner of 17 years leaves him unexpectedly.

Now, I'm glad I had some distance on my own break-up and divorce so I could really enjoy this show, including laughing at parallels to myself.

I thought it did a great job of exploring the emotions and experiences of breaking up at my age.  Though not everything in the show has happened to me (no one has wanted to botox my butt, for instance), a number of the moments were similar to experiences I've had.

And in its more emotional moments it resonated as well.  NPH's character complains about having to enter a dating world he hates and can't figure out, when he had been happy and content with the life he had.  His ex talks about feeling like the future they had as a couple was inevitable and feeling suffocated by that, whereas NPH says that's what he enjoyed and found comforting.  These resonated with me.  And most significant was this powerful line, "Because you had a mid-life crisis, now I have to have one."