I've begun reading Jeremy Bentham's An Introduction to the Principles of Morals and Legislation for the first time.  What an opening paragraph! 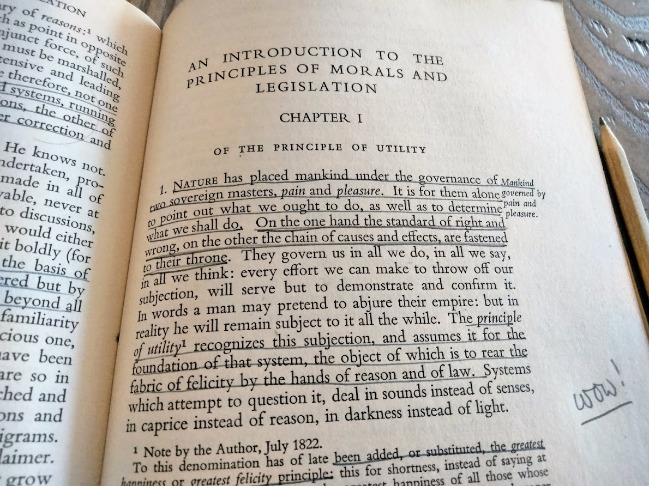 A few chapters in, my pre-existing opinions of Bentham are being affirmed.

The theory has deep flaws because of a naïve understanding of human psychology and a complete obtuseness to some topics (he actually writes that no society ever created a plan to oppress and plunder).  But . . .

What he was trying to do in his time was so liberative and so ahead of its time.  When teaching him I often write on the board a list of views he held and how they'd locate him on the progressive left in 21st century America, much less 18th century Britain.

His basic intention was spot on--let's clear away all the clutter and free people up to live happy lives.  Can we all leaves such a legacy?

One more thing.  As far as a principle of legislation, as opposed to an ethical theory, it's difficult to argue for any better approach than the greatest good for the greatest number for the longest period of time.