Garden Time by W.S. Merwin
My rating: 4 of 5 stars

"the taste is a hush from far away"

What a great line.

This is my first time reading Merwin, and I rather like him. This particular volume resonated very well with this particular moment in time, as he's writing about aging and limitations, so there is a sadness that fits our stay-at-home pandemonium. The poem "Living with the News" is particularly apt and searing.

I confess last night and this morning were rough for me.  I believe I can safely say I'm depressed.  This situation is so contrary to all my normal ways of operating and many of my normal coping mechanisms for difficult situations don't seem well-suited to this one.  I do think it would be easier if I could be at a cabin by the lake with my husband and son and we had nothing to do.  I vacation where you are completely disengaged is something many of us long for, but this situation is not that, obviously.  I'm envious of those who can be home with family reading and getting bored.

Last night I started reading W. S. Merwin's Garden Time, one of his last volumes of poetry, with reflections on aging and growing limitations.  There is a darkness to it that seemed fitting.  This poem stood out the most to me:

Living with the News

Can I get used to it day after day
a little at a time while the tide keeps
coming in faster the waves get bigger
building on each other breaking records
this is not the world that I remember
then comes the day when I open the box
that I remember packing with such care
and there is the face that I had known well
in little pieces staring up at me
it is not mentioned on the front pages
but somewhere far back near the real estate
among the things that happen every day
to someone who now happens to be me
and what can I do and who can tell me
then there is what the doctor comes to say
endless patience will never be enough
the only hope is to be the daylight.

I haven't seen much yet written by America's leading philosophers (where you Martha Nussbaum?) but there's quite a lot happening in Europe.  In Sweden philosophers have helped design the ethical protocols for triaging care.  While a great debate has been stirred in Italy about the response to the virus taken there.  The European Journal of Pscyhoanalysis invited some leading thinker to respond to what Michel Foucault had previously written about the rise of the disciplinary state in the midst of plague.  You can read there contributions here.  Giorgio Agamben has, in particular, generated much controversy and response with what he has written about it.  Here is his latest.  And an Arendtian response to these European thinkers that I wish were longer can be found here.  A different perspective from a quarantined Italian philosopher is shared here.  Slavoj Zizek seems to have taken very different positions, here in an early writing and here in a more recent one.  His most controversial claim is that he thinks the crisis will result in a return to communism. 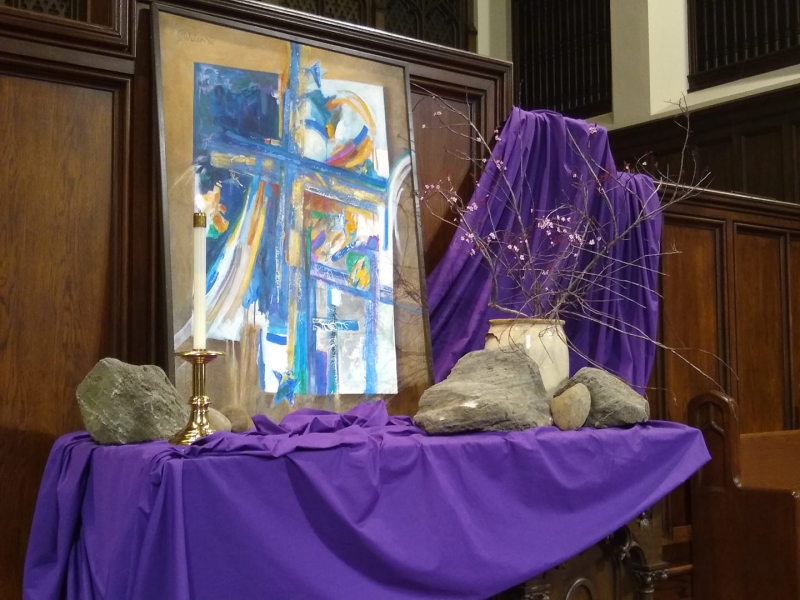 I think our worship live stream yesterday went reasonably well.  As of this morning we've had 370 views.  Yesterday we also had Zoom Sunday School and will be rolling out some other digital services this week.

Sebastian and I continue our study of the planets.  Yesterday we papier mached two balloons for the model solar system we are building.  Sebastian didn't want to touch the paste and was ready for a break after two.  I think when these (Neptune and Saturn) dry, we'll paint them so he can see finished product. 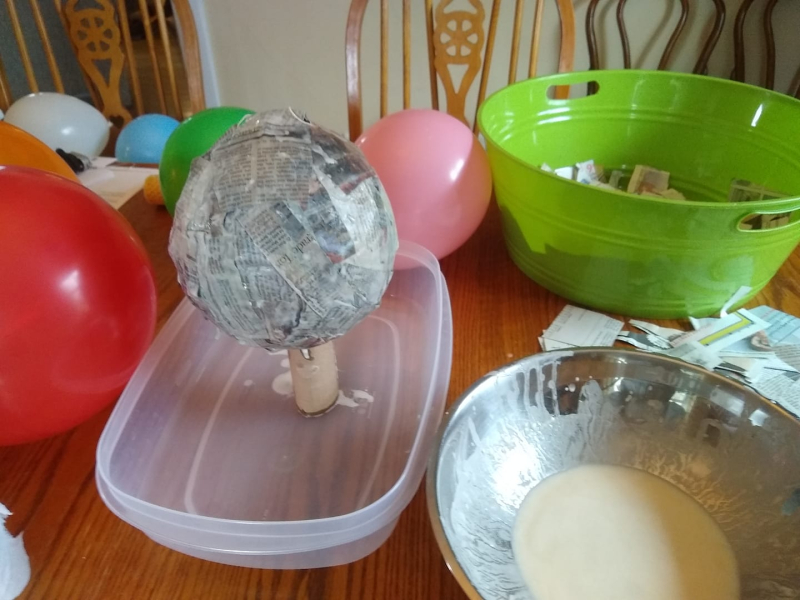 He really enjoys his new book The Girl Who Named Pluto and has requested that we read it every night.  So this morning for our school time we watched a video about the New Horizons mission to the dwarf planet.  That occurred in 2015 when he was a newborn.  At the time the mission thrilled me--the idea that we as a species had the ability to design a spaceship that would travel that far and send back pictures, the reality that Pluto was so beautiful and sat there unobserved until that moment, the ideas that we as a species are capable of great things and that the universe is filled with beauty.  At the time I talked often to newborn Sebastian about the mission and showed him the photos NASA released.  His high chair became the "rocket chair" and as we traveled from the kitchen to the dining room we'd pass the various (newly named by humans) features of the planet such as the Sputnik Planum and the Norgay Montes.  Watching the video together this morning brought back all those lovely memories and helped my mood.

I recommend this article that I read yesterday entitled "Against Productivity in a Pandemic."

Among the Gorgons: Poems by Michelle Boisseau
My rating: 3 of 5 stars

"The slow inspiration of an ancient tree adjusts the mind."

"The sun has climbed two fingers high and skimbles in the dew."

Just a couple of the lines I really liked in this book of poems, many of which are about dark and difficult topics--the illnesses and deaths of loved ones.

The Quest by John G. Neihardt
My rating: 1 of 5 stars

I loved Neihardt's Cycle of the West, but this collection of various volumes of poems from early in his career, I did not care for. Most were overwritten (way too many exclamation marks). Only a couple did I like.

Reading the introductory essay inspired our church's Advent theme for this year--Radical Joy. We agreed with Wiman, that in times such as this people need joy. Ideas, images, and words in the poems have provided material for our worship season. I also discovered a poem that is now among my most favorites--"From Blossoms" by Li-Young Lee.

Don't Call Us Dead by Danez Smith
My rating: 2 of 5 stars

Sure Signs: New and Selected Poems by Ted Kooser
My rating: 2 of 5 stars

Some of the poems were enjoyable but overall I didn't resonate much with this collection.

I was not prepared for how much I enjoyed Amy Lowell's poetry, her imagery, her eroticism. What wonderful, powerful writing.

A lovely poem about small kindnesses.

Good poem on The Slowdown.