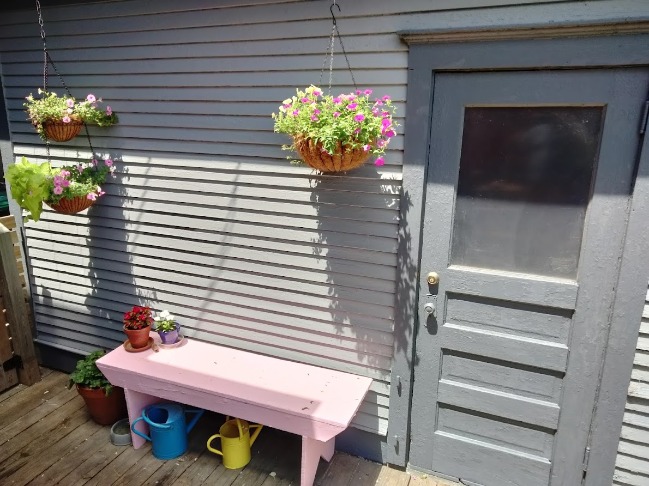 Early in the Summer, Sebastian and I cleaned up and redecorated this pass thru area of decking between our back stoop and the garage.  When we did so it became clear what bad shape the paint was in on the side of the garage.  I had thought, "I might get to that in the autumn," since it wasn't on my summer project to-do list.

Well, you know I've spent this time in between trips working on some projects, including what started as touch up work on the front porch that then evolved into touch up painting all around the exterior of the house in areas that I could reach.  Seemed like I should go ahead with this then.  I scraped the area on the miserably hot and humid July 5 and the rain all week kept me from getting the painting finished, but this morning I finally got it done.  This area, particularly visible when we have guests come over to the backyard and visible to us every day, now looks so much better.  Still a few things I want to do to finish it up, but that's all the exterior touch up painting for now.

I did get some writing done this week as well, particularly during the rain.  I'm working on a collection of memoiristic essays, which mostly draw from work I've written over the years in various settings and genres.  Hopefully I can pull it all together in a book that works. 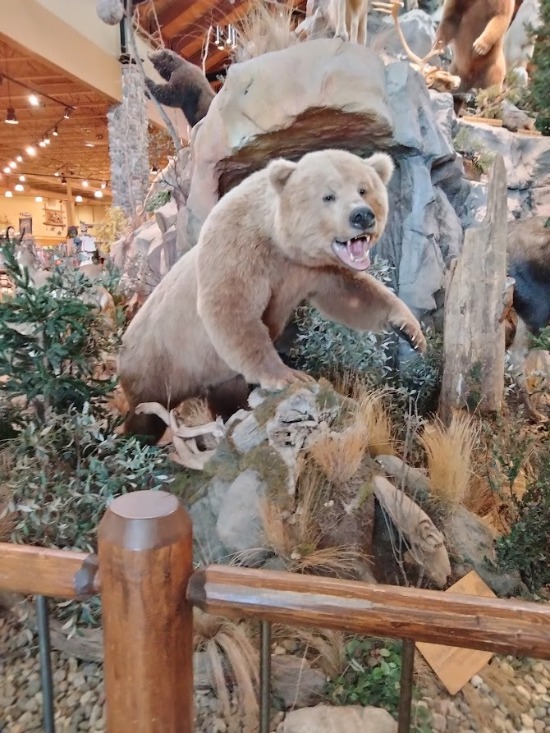 But a lot of what I've done this week is prepare for my upcoming trips.  Our big one to Yellowstone begins next week and then I've got Glacier and Boundary Waters coming quickly in August.  Many supplies, like bear spray, will be good for all of the trips.  Yesterday I visited Dick's, Scheel's, and Cabela's (twice) getting supplies.  The next few days will be spent packing and getting everything ready.  I'm SO excited.

Surprised by Joy: The Shape of My Early Life by C.S. Lewis
My rating: 3 of 5 stars

The delight of reading this book is experiencing the development of a writer and thinker's mind. What I enjoyed the most is the glimpses at various virtues, as Lewis writes about various friends and mentors he encountered in his early life. The last couple of years I have been most interested in pictures of goodness and so the subtle and various ways he describes goodness as he encounters it was a true enjoyment.

The Origin of Others

The Origin of Others by Toni Morrison
My rating: 3 of 5 stars

Good, the week after her death, to read Morrison's words speaking to the crisis of our times. My favorite part was this on the stranger:

"It took some time for me to understand my unreasonable claims on that fisherwoman. To understand that I was longing for and missing some aspect of myself, and that there are no strangers. There are only versions of ourselves, many of which we have not embraced, most of which we wish to protect ourselves from. For the stranger is not foreign, she is random; not alien but remembered; and it is the randomness of the encounter with our already known--although unacknowledged--selves that summons a ripple of alarm. That makes us reject the figure and the emotions its provokes--especially when these emotions are profound. It is also what makes us want to own, govern, and administrate the Other. To romance her, if we can, back into our own mirrors. In either instance (of alarm or false reverence), we deny her personhood, the specific inviduality we insist upon for ourselves." 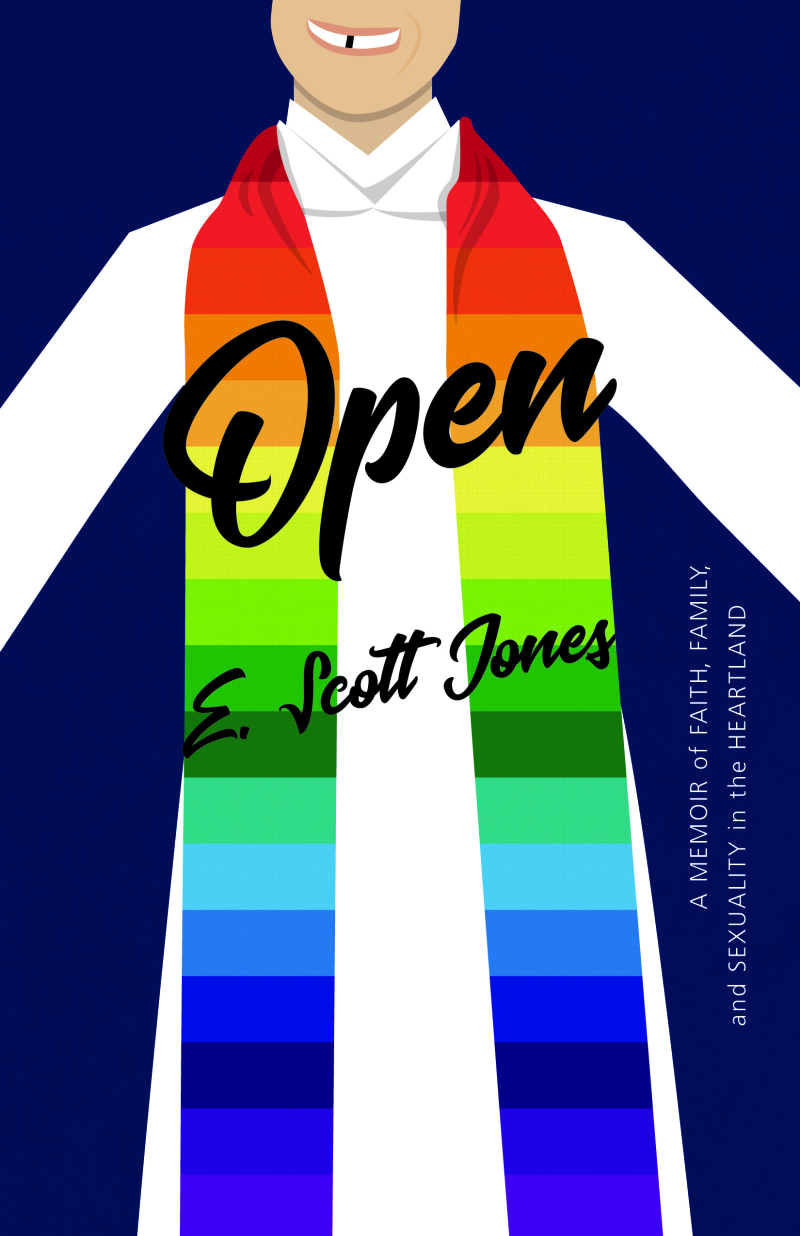 Yesterday, after many years of writing and post writing editing and design and marketing work, my book was published!  Open: A Memoir of Faith, Family, and Sexuality in the Heartland.

As I was getting ready yesterday, I composed myself a little ditty set to the tune of the Laverne and Shirley theme song, "It's my book day, my book day, making my dreams come true."  I sang it most of the day.

You can order the book online at Amazon and other sites or go into your bookstore and request it.  If you want a signed copy, here are my upcoming events and where others will be posted as they are scheduled.

My book Open: A Memoir of Faith, Family, and Sexuality in the Heartland will be coming out in September.  You can now pre-order the book.

Also, today Auburn Voices published an excerpt of the book, "When Grandpa Found Out I Was Gay."

Here's the cover of my forthcoming book, which should be available in August. 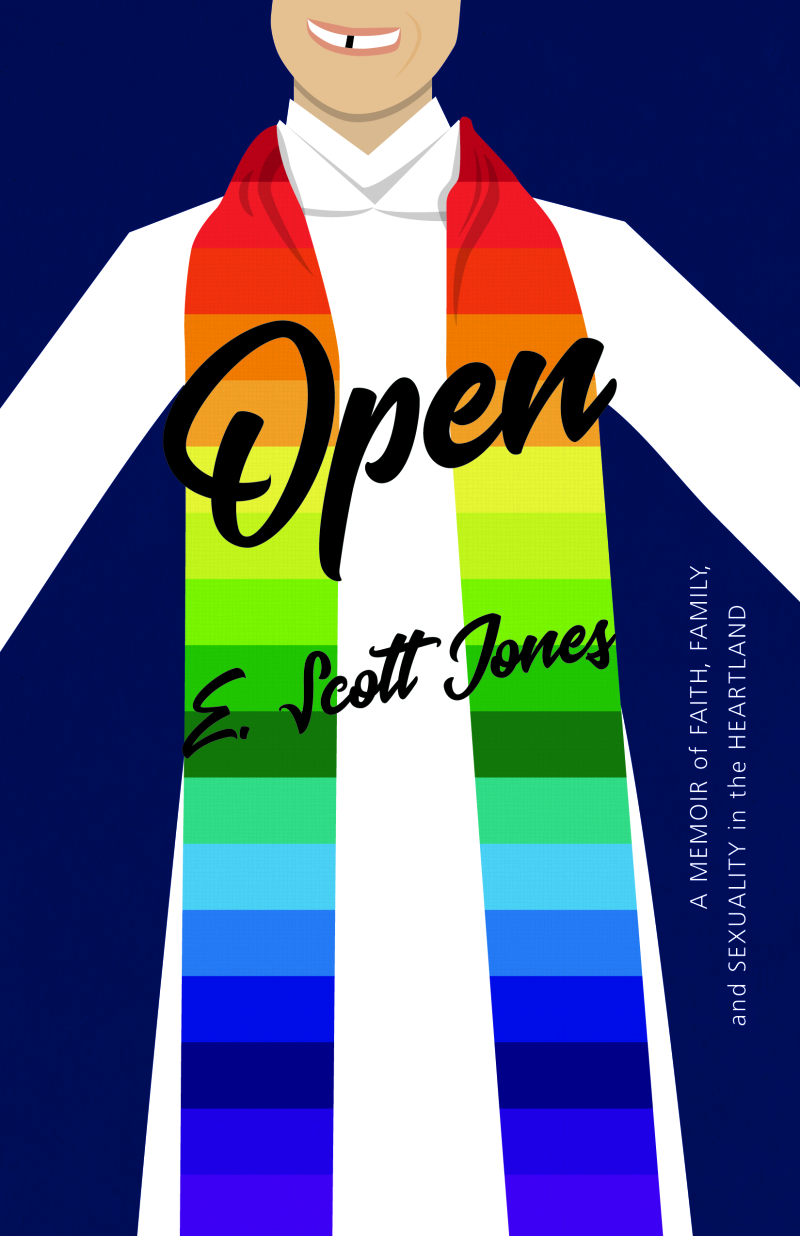 The Shape of Stories

A fun Kurt Vonnegut video in which he gives the shape of stories.  I watched Rick Moody do something similar a few years ago at Yale.  Also, check out a blog with infographics of Vonnegut's story shapes.

And I've written an end of year church column on the books I've read.

In response to the terrorist attack upon a gay club

The emotions are quite complex today after the mass murder at the gay club in Orlando, Florida.  As I pondered what words to share, I thought of a section of my memoir (not yet published, but hopefully soon) in which I contemplate the risks of being an advocate and spokesperson in the LGBT community.  This moment occurred in 2005 shortly after I became the pastor of the Cathedral of Hope in Oklahoma City.  I am with my boyfriend at the time; he was on staff at the Cathedral of Hope in Dallas.

Hanging out at John’s condo in Dallas, we would often curl up on his couch together to watch the final episodes of Queer as Folk as they aired that summer.  In one the gay nightclub Babylon is bombed.  Our mood was sober when we finished watching the episode.  Holding me close he said, “You know, we have high security at the church because of this very fear.”

“I know about the high security.  They have educated me about it.”

“Does the church really fear an attack?” I asked.

“We have received many threats through the years and the rare person who attends worship and starts making anti-gay statements.  Nothing serious has ever transpired, but we, of course, take precautions.”

He turned to look at me.  “I worry about you and your congregation, however.  You have none of the safeguards we do, and Oklahoma is even scarier than Dallas.”

“I don’t think our congregation has ever had an incident.  We are so much smaller that most people don’t even know about us.  You all are big and in the news a lot.”

“But,” he said, “if you do your job well, that will change.  People will know about you and that could draw unwanted attention.”

“I guess it’s something we should prepare for.”

John then held me close and said, “I fear for you personally.  What if you are attacked?  What if someone tries to kill you?  You are already pretty public, and there are lots of crazy people.”

I touched his cheek.  “I’m not sure why, but I’m not worried about that.  I’m not afraid.  I really don’t think that anything is going to happen, but if something does happen and I’m harmed, then it’s not like my worrying about it will help.”

“But you should be cautious.”

We sat there silently for a while, holding each other.

“You know,” I added, “I’m not afraid because if something were to happen to me, it could probably be used for good.  I’m willing to be a martyr for my faith and for something I believe in if that’s what happens.  I’m not going to seek it out, but it doesn’t frighten me.”

“It frightens me,” he said, kissing me.

A day both lazy and productive, as I finished one book by a Reformed evangelical--Smith's Imagining the Kingdom--read from start to finish a book by an 11th century Muslim scholar--al-Ghazali's Deliverance from Error--and began a work of Greek Orthodox theology--John Zizioulas' Being as Communion--which has given me an intellectual orgasm just in the opening pages.

Besides all that reading I enjoyed my morning walk, cooking breakfast for my family, doing laundry, picking up around the house, getting my hair cut, and going to lunch with some clergy friends.

I also, after finishing Smith's book, worked on reimagining First Central's worship design and planning process, a task I set myself while attending Marcia McFee's Worship Design Studio in April.

So, a pretty full day.

Tomorrow I hope to begin writing a philosophy book I intend to model on my classroom lectures at Creighton.

Yesterday, by the way, I did write a short story.  A month or so ago I saw a news article about radioactive boars ravaging the countryside around Fukushima and sent it to my friend Marty Peercy with the comment that I'd enjoy seeing Don DeLillo's take.  Marty suggested that a few of us use the news story as a writing prompt and assemble the short stories for an anthology published by Literati Press. While walking at Boyer Chute National Wildlife Refuge yesterday, my story idea came to me and I wrote the first draft when I returned home.